What is CBD and how can it be used?

on September 13, 2019 | Leave a comment
Features From the Experts Opinion 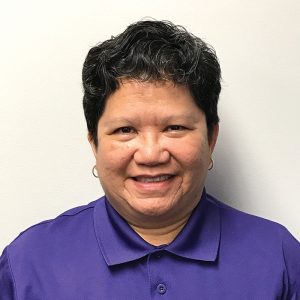 The use of medical and recreational marijuana was legalized on Guam with the passage of the Joaquin Concepcion II Compassionate Cannabis Use Act of 2013 and the Guam Cannabis Industry Act of 2019, respectively. In the United States, there are currently nine states, Washington D.C. and the Northern Mariana Islands that have legalized recreational marijuana and 33 states which have legalized medical marijuana with an additional 14 states permitting the use of CBD oils.

What is CBD? CBD stands for cannabidiol which is one of the two main components of the cannabis sativa plant along with tetrahydrocannabinol, or THC. Hemp and marijuana are both cannabis sativa plants. The main difference between the two is the amount of THC each contains. In marijuana, THC levels can reach 30%, depending on the strain, while hemp has less than 0.3% THC. THC is the main psychoactive compound in marijuana that gives individuals the feeling of being “high” or euphoric. CBD, on the other hand, has no psychoactive properties and has proven to be effective in treating anxiety, stress, epilepsy and depression.

In 1970, the federal government listed marijuana as a Scheduled I drug under the Controlled Substance Act due to its high THC content and its potential for abuse. On Dec. 20, 2018, the Agriculture Improvement Act of 2018 (the 2018 Farm Bill) was signed into law removing hemp from the CSA, which meant that cannabis plants and derivatives that contain no more than 0.3% THC on a dry weight basis were no longer controlled substances under federal law. Hemp is used to make a variety of commercial and industrial products including rope, textiles, clothing, food, paper, bioplastics, insulation and biofuel. Hemp is also a source for a variety of CBD oil products including tinctures, drops, gummies, creams, lotions, waxes and extracts. Even though hemp is no longer considered as a Scheduled I drug, it still contains THC, which may appear on a drug screening test.

The federal government stance on CBD is confusing. Even though hemp was removed from the CSA, marijuana was not and is still considered a Schedule I drug. The 2018 Farm Bill explicitly preserved the Food and Drug Administration’s authority to regulate products containing cannabis or cannabis-derived compounds under the Food, Drug and Cosmetic Act and Section 351 of the Public Health Service Act. The FDA treats products containing cannabis or cannabis-derived compounds as it does any other FDA-regulated product. This is true regardless of whether the cannabis or cannabis-derived compounds are classified as hemp under the 2018 Farm Bill. Under the FD&C Act, any product that claims to have a therapeutic or medical use and any product (other than food) that is intended to affect the structure or function of the body of humans or animals, is a drug and must be approved by the FDA before it can be sold to the public.

The federal government has recognized the therapeutic effects of CBD. The FDA has approved one cannabis-derived and three cannabis-related drug products: epidiolex is used to treat seizures associated with Lennox-Gastaut syndrome or Dravet syndrome in patients two years of age and older, marinol and sundros are used to treat anorexia associated with weight loss in AIDS patients and cesamet is used to treat severe nausea and vomiting caused by chemotherapy. These approved products are only available with a prescription from a licensed healthcare provider. No other CBD products have been approved by the FDA.

“Under the FD&C Act, any product that claims to have a
therapeutic or medical use and any product (other than food)
that is intended to affect the structure or function of the body of
humans or animals, is a drug and must be approval by the FDA
before it can be sold to the public.”