The pandemic continues to affect Guam’s teams and international football 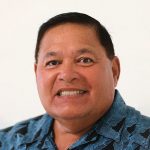 With varying restrictions due to the COVID19 pandemic and limited flights in and out of Asia, the concept of a neutral venue for international football has become increasingly common, and Guam is no exception.

Bahrain’s Khalifa Sports City Stadium has been confirmed as the venue for the upcoming AFC Asian Cup China 2023 Playoff Round matches between Guam and Cambodia, set to be contested in October.

Guam will first play against Cambodia Oct. 9 at 6.30 p.m. Bahrain time (1.30 a.m. Oct. 10 Guam time) and again four days later with the same kick off time. The winner from the Playoff Round will earn a place in Round 3 of AFC Asian Cup China 2023 Qualification. The losing team will be out of contention for the continent’s premiere men’s tournament.

Although the Playoff Round was intended to be in a home-and-away format, the health of players and staff, available funding, and the effects of COVID 19 on available airline flights, were three of many considerations by both GFA and the Football Federation of Cambodia to seek out a neutral venue with both matches played within a short time frame. The decision for a neutral venue will help the team avoid various setbacks experienced earlier this year in the continuation of Round 2 of the FIFA World Cup Qatar 2022 and AFC Asian Cup China 2023.

The team first overcame many hurdles to enter China at the end of May for a new centralized format of the qualification round. Instead of usual flight routes to Shanghai, China — unavailable due to the pandemic — the Guam-based Matao players were routed to San Francisco via Honolulu before taking a direct flight from San Francisco to Shanghai. The unusual routing cost GFA on average more than $7,000 per person to travel to China — about eight times more than the per-person cost pre-pandemic. In addition to the costs associated with travel, specific types of approved COVID 19 PCR tests by the Chinese government before entry into the country cost over $200 per person.

Following the team’s first match in the round, the Chinese Football Association was forced to change venues at the last minute, as other competing teams were denied entry into China. The Matao, already in China, packed up its bags and traveled to Sharjah, United Arab Emirates to play its final two matches of the qualification round. After the round concluded, the change in flights to depart from UAE instead of Shanghai cost, on average, another $1,500 per traveler.

The costs associated with competing in Round 2 of Qualifiers had unexpectedly exhausted all available GFA funds applicable for use for Guam’s AFC Asian Cup campaign. The bulk of GFA’s funding – grants from FIFA and AFC – are restricted for use outside of their intended programs. AFC has officially communicated with GFA that it will not be providing participating teams a financial allotment to continue playing in the continental tournament.

While GFA works to minimize costs associated with this Playoff Round, Matao players continue to seek assistance from the local community and business sponsors to help cover the cost of airfare to Bahrain. The estimated cost per person is $3,000. To assist the Matao players in fundraising efforts, please contact GFA by calling 637-4321 or email [email protected]

About a week after the Matao competes in Bahrain, the Masakåda, Guam Women’s National Team, will be competing in Bishkek, Kyrgyz Republic, in the AFC Women’s Asian Cup Qualification Round.

The qualification round was due to be played Sept. 17 to Sept. 24 in Lebanon; however due to unforeseen circumstances, likely exacerbated by effects from the pandemic, Lebanon withdrew from hosting and the tournament shifted to a neutral venue. In order to give teams time to obtain visas and make other preparations for the change in venue, competition dates were postponed to Oct. 18 to Oct. 25.

The tournament is key to women’s football development in Guam, as the Masakåda makes its return to the top women’s tournament in the continent after an 18-year absence. None of the players from the 2003 edition of the tournament — the last time Guam played — will feature in this upcoming tournament, and a handful of players vying for selection to the traveling roster this year had not yet been born.

Despite inevitable shifts in preparation and organization by host venues and participating teams, the COVID 19 pandemic hasn’t completely canceled international football at the top levels, and many of Guam’s players are eager to make their mark on the international stage regardless of venue.

Domestically, GFA is facing many challenges with leagues and tournaments due to the latest government mandates related to the pandemic. Most summer leagues concluded in August, while fall-season leagues — including the Triple J Auto Group Robbie Webber Youth Soccer League — tentatively have been pushed to October instead of their usual September start dates. The Budweiser Futsal League is the lone summer league currently suspended in the month of September.

We continue to work in compliance with government mandates in the hope that we can fight back against the local surge in COVID19 cases and also to resume leagues sooner than later for thousands of athletes, coaches, officials, and fans.