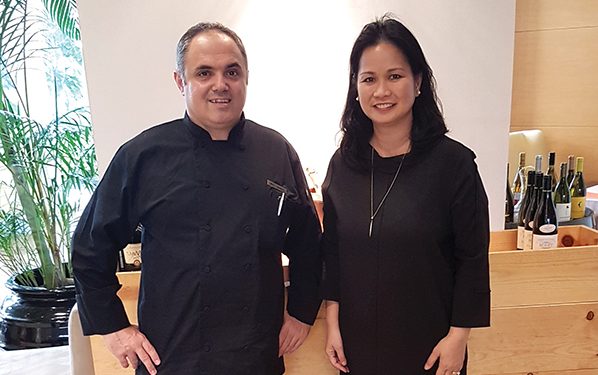 (From left) Mirko Agostini, chef and Madelaine Cosico, director of sales and marketing, both of Hyatt Regency Guam 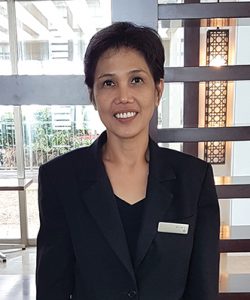 Although Guam’s hotels are primarily focused on providing lodging and amenities for vacationers, they also serve an important function by providing gathering spaces for both work and leisure through their banquet facilities.

While the bulk of Guam’s tourism industry is driven by off-island visitors, the hotel banquet industry is driven primarily by local clientele. Social events such as weddings and graduations, work-related functions such as employee appreciation parties and professional development workshops and fundraising events by non-profit organizations comprise the majority of events which utilize hotel banquet facilities. Often, a satisfied client — whether a family or an organization — will become a repeat customer.

“We’re actually serving the third generation,” Matthew Siegel, director of food & beverage at the Hilton Guam Resort and Spa, says. “The Hilton has a 46-year history here, so some people have had their weddings here, their children have had their weddings here, and then we actually end up doing grandchildren’s birthdays, celebrations and ultimately weddings. They’re emotionally attached to the Hilton.”

Emilie Mendoza, director of food and beverage at the Sheraton Laguna Guam Resort says that aside from customer satisfaction, some of their repeat business comes from the desire to plan ahead by booking their facilities.

“Our month of December for weekends is already booked,” she says. “When customers are satisfied with their function, they’ll book the following year’s Christmas party immediately after that year’s function is completed.” 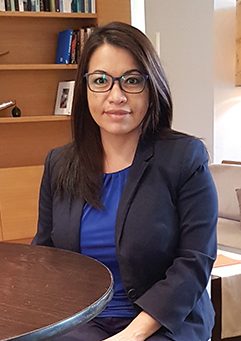 However, strong local clientele numbers don’t mean the hotel banquet industry is immune to the effects of changing visitor dynamics. As package tours from Japan have declined and Guam has started to see an increase in the FIT, or free, independent traveler market, visitors are spending less money within the hotels, especially in terms of food. Even visitors who use travel packages have lately been opting for what are called “shell package” deals, which feature only air travel and lodgings which include either breakfast only or no food at all — the visitors preferring to explore Guam and eat outside of the hotel in restaurants. The result is that although visitor spending has increased outside the hotels, spending has decreased within the hotels, which affects hotel revenue and subsequently the services they can offer.

“Everybody has been cutting back in the industry, because even though our arrivals are up, the net margins are down, so there have been a lot of cost increases over the years,” Mary P. Rhodes, president of the Guam Hotel and Restaurant Association says. “Things are becoming more expensive.”

An important group of off-island customers that patronize hotel banquet facilities are school groups, which have historically been primarily from Japan and Korea. Rhodes says that even though Guam saw a decrease in school groups during last year’s North Korea crisis, the island has seen some recovery in this important market in the past summer.

“The school groups are a huge thing Guam is already successful in,” Rhodes says. “When student groups and educational groups come out, it helps promote Guam as a safe destination for young children, families and important key businesses.” 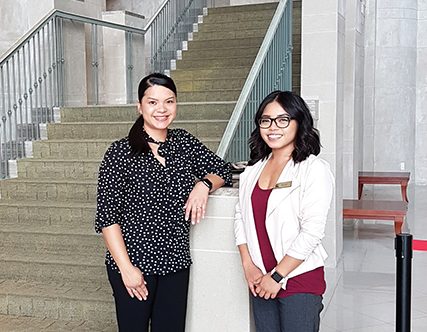 LeoPalace Resort Guam has a unique offering for off-island groups thanks to its sporting facilities. Michelle T. Apiag, marketing and communications manager for LeoPalace says that when sports teams go to LeoPalace for training, they usually buy packages.

“That’s where we get our leverage for banquets,” she says. “They’ll have their meal venues, room accommodations and the entire facility to use at their disposal.” 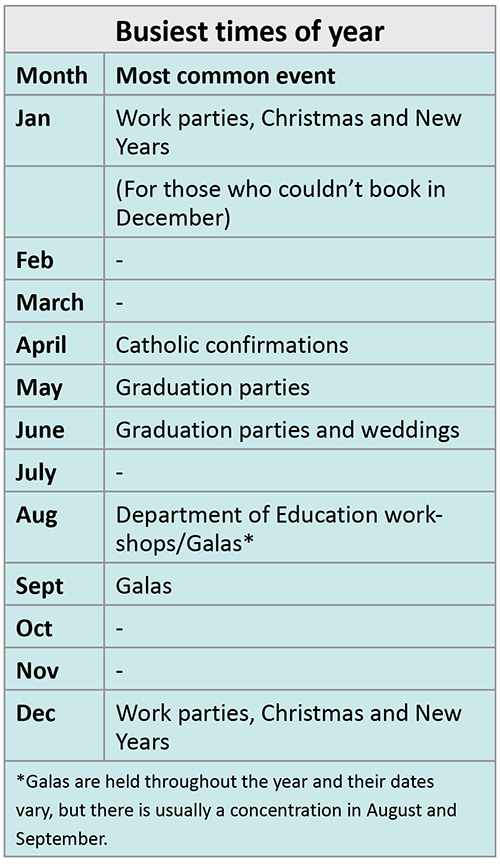 Apiag says that LeoPalace has also invested in state-of-the-art audiovisual technology, which is a trend identified by many of the other hotel representatives who spoke with Guam Business.

“What’s happening right now globally is greater demand for stage effects, multimedia displays, that kind of thing,” Madelaine Cosico, director of sales and marketing for the Hyatt Regency Guam, says. “Another trend is teleconferencing, which is somewhat new to the island.”

Cosico says the Hyatt took part in this trend when it held a World Health Organization teleconference three years ago, which connected people from different parts of the world and included an interpreter booth.

“Guam has the capability for it although right now it’s very basic, but it is a demand we’ve seen,” she says.

A staple source of business for the industry — wedding receptions — has seen its own trends at clients have started to deviate from traditional practices. Rebecca Manuel, director of events at the Dusit Thani Guam Resort, says that along with including the sophisticated audiovisual effects mentioned by Apiag and Cosico, wedding receptions have become more adventurous with their color schemes.

“One of the new trends we’ve seen for weddings is that instead of the traditional all white wedding reception that guests expect — white tablecloth, napkins and floral centerpieces, for instance — the bride and groom are now choosing to use black linen as their base color, similar to what you see in a high profile gala event,” she says. 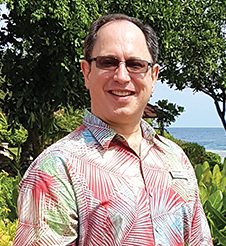 Manuel says that accent colors for weddings have evolved over the years as well. Instead of the basic pastel colors, couples are opting for less traditional colors such as tiffany blue and mocha as well as metallic colors such as gold and silver. Social media hashtags have also become a popular way for the bride and groom to share all their photos from the wedding ceremony and reception.

Other trends the industry has begun to see demand for include vegan and gluten-free menu options and a push toward sustainable business practices.

Perhaps the most important trend that the industry has had its eye on for some time, however, is the meetings, incentives, conferencing and exhibitions — commonly known as MICE — market. 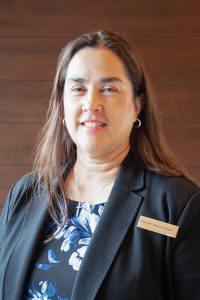 “With the introduction of Dusit Thani, the expectation was to grow the conventions and exhibitions, the MICE business,” Rhodes says. “We’ve seen that successfully done in the last year or two when Guam Visitors Bureau brought in the Pacific Asia Travel Association. That was a huge convention they brought in. We’ve also seen incentive groups come to Guam, so that is something we are looking forward to.”

Many hotel representatives echoed the importance of this market, including Leo Palace’s Apiag.

“We’re aggressively seeking the MICE market while still trying to maintain our local market,” she says.

Even as hotels seek the MICE market, the linchpin of the industry remains the local patrons who return time and again because of the relationships they’ve developed.

“We have organizations where, once their funding is approved, they call us to schedule their function,” Sheraton’s Mendoza says. “They’ve established both a professional working relationship and an emotional relationship with our hotel.”