on September 28, 2021 | Leave a comment
Departments Features In the Spotlight

Navy recognized JRM for TR COVID response
Adm. Michael M. Gilday, chief naval officer presented a citation from the Secretary of the Navy to Joint Region Marianas during his visit to Guam.

The citation was for meritorious achievement from March 15 to June 30, 2020 and says, “The personnel of Commander, Joint Region Marianas distinguished through unprecedented performance as Executive Agent for the Department of Defense’s response to the Coronavirus 2019 pandemic aboard the USS Theodore Roosevelt.” The citation refers to JRM “unifying support from across the fleet and the Department of Defense, the Government of Guam, the Guam business sector, and the medical community into a coherent and effective organization.”

The bank has rebranded its Online and Mobile Banking platforms. Aside from an easy-to-find search feature, the front page clearly separates clients into business and personal account holders, and also by transaction.

In addition, non-profits are also able to apply directly online for assistance.

A carousel of photos of goods of the various vendors and a Mall Directory sectioned by tenant type allows for easy exploring before you visit.

Compadres Mall has 120 tenants, including the Bazaar I and II Marketplace, which is comprised of 96 tenants. The mall has been in business since 1995.

The mall is also offering a photo contest on Instagram through Oct. 1, with weekly gift certificates. 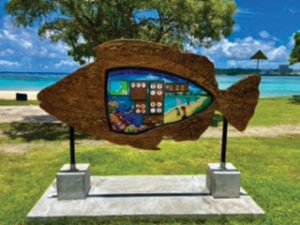 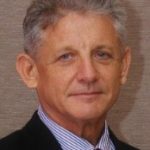 Guam Airport recognized for efficiency
The Air Transport Research Society recognized the A.B. Won Pat International Airport, Guam in the 2021 Top Asia Airport Efficiency Excellence category, in the under 10 million passengers per year category, for the fourth year in a row.

The ATRS Global Airport Benchmarking report measures and compares the performance of several aspects of airport operations, to include unit costs and cost competitiveness, financial results and airport charges. The 2021 report included 205 airports and 24 airport groups of various sizes and ownership forms in the Asia Pacific, North America and Europe. 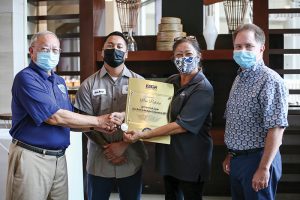 With the award are (from left) Maj. General (Rtd.) Benny M. Paulino, vice chairman of the ESGR; Aleton Mesngon, soldier with the Guam Army National Guard and safety coordinator lead – who nominated the awardee, Diane Cruz Martos, regional manager for Guam and Hawaii, both from JBT Aerotech; and Donald G. Clark, compliance officer with ASC Trust LLC and employer outreach director with the ESGR.

The Pro Patria award, which is the highest State level ESGR award from the ESGR Guam CNMI Committee, is awarded to the Top 3 nominated employers every year.

The Employer Support of the Guard and Reserve Guam-CNMI Committee also recognized the most supportive employers for 2021, which were nominated by their employees serving in the National Guard or Reserve. 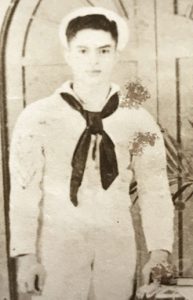 Guam WWII Navy man identified; family advised
Navy Steward’s Mate 2nd Class Jesus F. Garcia of Hagatna, 21 – who was killed during World War II – was accounted for in September 2018, but his family only recently received a full briefing, according to the Defense POW/MIA Accounting Agency.

On Dec. 7, 1941, Garcia was assigned to the USS Oklahoma battleship, which was moored at Ford Island, Pearl Harbor. The ship was attacked by Japanese aircraft and sustained multiple torpedo hits, which caused it to capsize. The attack on the ship resulted in the deaths of 429 crewmen, including Garcia.

According to a release, from December 1941 to June 1944, Navy personnel recovered remains of the deceased crew, which were subsequently interred in cemeteries in Hawaii.

Although remains were subsequently disinterred for identification and those unidentified were reinterred, between June and November 2015, Defense POW/MIA Accounting Agency personnel exhumed the USS Oklahoma Unknowns for analysis.

Anthropological analysis as well as material and circumstantial evidence were used to identify Garcia, who is due to be buried Oct. 6 in San Diego.