In the current economic climate, companies on Guam and in the Northern Mariana Islands are proud to show their success and longevity in serving the people of our islands. Guam Business Magazine presents some outstanding companies that are doing business in Micronesia celebrating important milestones in 2020. Through inspiration and dedication, each of them has managed to stay on course in a region that has seen more than its fair share of challenges for decades.

RPH Inc. opened on June 10, 1975.  That doesn’t mean much to most Guam residents, but the initials stood for the first names of the founders of an island institution.

The restaurant was a partner of the King’s Hawaiian — the sweet bread company — and its restaurants until 1978. The original King’s was a 3,800-square-foot restaurant, 45-square-foot cocktail lounge and a fast food corner.

David A. Alcorn, president of the GFS Group LLC says, “After Typhoon Pamela in 1976 our business and Guam’s economy took off. Shortly after King’s opened 24 hours a day.” A longtime manager of King’s, Alcorn and his wife, Lucy — now CEO of GFS — bought the restaurant in 1985 from its remaining partner, Phil Schmidt.

GFS grew through the years and has popular brands such as Ruby Tuesday in its portfolio, also developing a sterling reputation as a U.S. Department of Defense contractor both on and off-island in food service, generating $40 million in annual sales.

“Throughout 45 years of changes in business lines, King’s has always been the cornerstone of our group,” Alcorn says.

There’s an irresistible appeal to the restaurants — the comfortable booths and spacious tables, the “something for everyone” menus and the friendly staff — that draws the island’s residents back time and again. New generations enjoy King’s — just as their parents have done.

The Tamuning restaurant at Guam Premier Outlets captures its share of tourism business, but both the Tamuning and Compadres Mall Harmon Loop restaurants have their regular groups, which meet particularly for breakfast or lunch.

Since it opened in June 1975, the family restaurant has served politicians, businessmen, military personnel and tourists and provided consistent affordable dining for island families.

“It was a joke once that a large portion of the Guam business deals were done on a napkin in King’s,” Alcorn says.

King’s is aware of its place in the hearts of the community and gives back regularly to support the endeavors of groups that aim to better the island.

Alcorn says, “King’s Restaurants supports just about every non-profit or fundraiser it can.” The restaurants are, he says “very, very strong in community relations.”

While it has renovated and upgraded the two locations, Alcorn says the group has plans to expand, which should make dining out around the island much easier.

We just started planning for growth in 2021,” he says. “After GFS doubled in size in the last two years, we were cautious. However, King’s is currently planning on new free-standing sites in Dededo and Mangilao.”

With offices in Hawaii and Guam, Phoenix Pacific Inc. is a premier fire protection and life safety company that does business throughout the Pacific.

Clients span all levels of the government, military, and commercial sectors and trust Phoenix Pacific for solutions to their building or facility needs.

It’s hard to believe the company began business three decades ago on May 9, 1990 — thanks to the foresight of original owners Fred Smoot, Dennis Miguel and Mitch Miyahara, who opened the Harmon office with just two employees.

Previously, the company had been doing business in Guam since 1978 as a joint venture with Wiltec. Office Manager Sharoll Mobel says, “That evolved over the subsequent 13 years to where we incorporated in 1990 and supported the construction and evolution of Tumon into the tourist hub of Micronesia.”

“As the technologies and services we offer have grown and changed, we have had to grow with that. We believe in training and developing local talent to where we are now — employing a new generation that we are very excited about,” says Rick Smoot, president.

Phoenix Pacific expanded so that its Guam footprint now includes an office and warehouse in Tamuning, which is its Western Pacific Branch.

“From there, we service the Northern Mariana Islands, the Federated States of Micronesia and Palau,” Smoot says. Phoenix Pacific has 30 employees in Guam and an office in Hawaii.

“We are successful because we have an overall fantastic team,” he says.

“These are the local leaders (full of character and passion) who inspire and motivate the staff,” Smoot says. Mobel added Phoenix Pacific is “one of the best companies to work for on Guam.”

Doing its part to elevate the Guam business community, Phoenix Pacific is a member of the Guam Contractors Association, the Guam Chamber of Commerce, and the Employers Council.

“We have participated in Fire Prevention Week in coordination with the Guam Fire Department for the past several years, which included dedicating vehicles to the parade and public outreach via a booth at Micronesia Mall and the Agana Shopping Center. Also, we are quite active in the Guam Contractors Association,” Mobel says.

The current business environment is not without its challenges, but the Phoenix Pacific team is holding fast in support of the business community.

Mobel says, “With COVID-19 now in the mix, we are adapting to our customer’s needs and how we do business with in the future. Additionally, we are quite busy with military projects in the north of the island.” 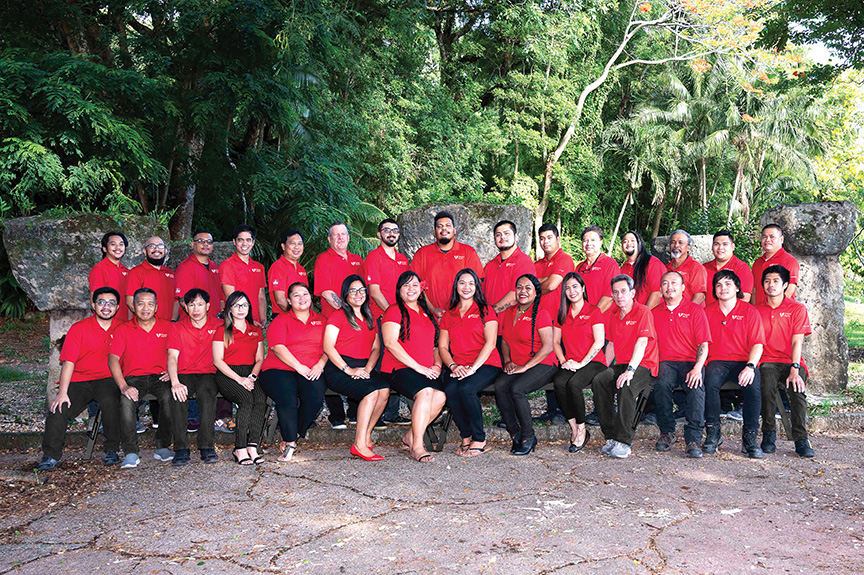 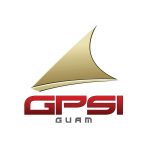 Galaide Professional Services Inc. can look back on ten years and reflect on the hard work and progress its team can show.

Albert Taitano Yanger and Frankie Perez Dumanal set off on that journey on Dec. 22, 2010 founding the company in Hagåtña.

Within less than six months of incorporating, on June 3, 2011 GPSI Guam was awarded a $7.7 million Guam MACC Builders steel procurement contract for Naval Base Guam’s Tango and Uniform Wharfs.

The successful completion of this contract gave GPSI exposure and the certainty with local federal contracting officers that GPSI Guam was a small business they could rely on. It also gave the owners the confidence of working in the federal and military arena as a private enterprise.

It’s impressive that GPSI Guam started out with two employees: the principal owners, Al Yanger and Frank Dumanal, in a small office at the GCIC building.

Shortly after, Chuck Rios became a minority owner and the three managed the office for about four years thereafter. In 2015, GPSI Guam moved into an office on West O’Brien Drive and gradually hired the essential staff needed to run a growing small business.

The team now consists of a business operations manager, a contracts manager, a finance manager and an office manager.

To date, GPSI Guam has a total of 23 employees and continues to grow every year.

Dumanal says, “We started as a Service-Disabled Veteran Owned Small Business and pursued federal contracts with that designation.  Then in September 2012, our Historically Underutilized Business Zone application was approved by the SBA.”

“Then in July 2017, the SBA approved our Disadvantaged businesses application in the 8(a) program,” Dumanal says.  Obtaining this certification allows 8(a) businesses to compete for set-aside and sole-source contracts in the program, to get a Business Opportunity Specialist to help navigate federal contracting, and to form joint ventures with established businesses through the SBA’s mentor-protégé  program.  Finally, in July 2019, GPSI Guam became a part of the Kina ‘ole Foundation, a Native Hawaiian Organization with native 8(a) status and the capacity for $100 million sole source non-protestable contracts.

GPSI Guam gives its time and resources willingly to the community.

The owners of GPSI Guam are born and raised in Guam and retired military service members.  “We value the unselfish contributions and personal sacrifices of Guam’s service members,” Dumanal says.  “As such, we support the Employer Support of the Guard and Reserve, the National Organization of Chamorro Veterans in America, the USO Annual Golf Tournament, Veterans Institute of Procurement, and other military or veteran causes.

GPSI certainly has plans for the future. It intends to utilize and leverage the use of Kina ‘ole’s Native Hawaiian status to obtain contracts internationally and in the U.S. mainland, leveraging its skills and talents in Guam and beyond. 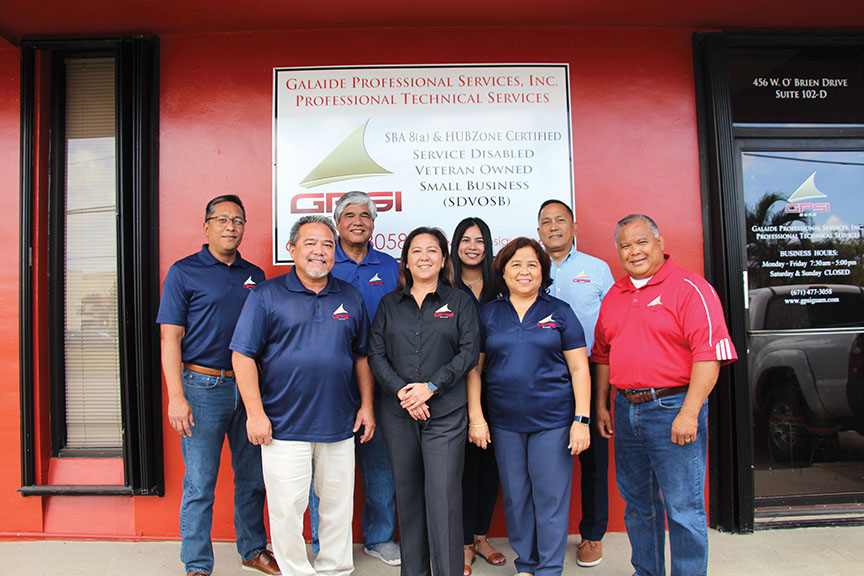