Building a reputation in Micronesia

I t is hard to think of Leonard K. Kaae Sr. without thinking of Black Construction Corp. and the Black companies, a group he has devoted his energies to and grown as he has likewise progressed with the group. 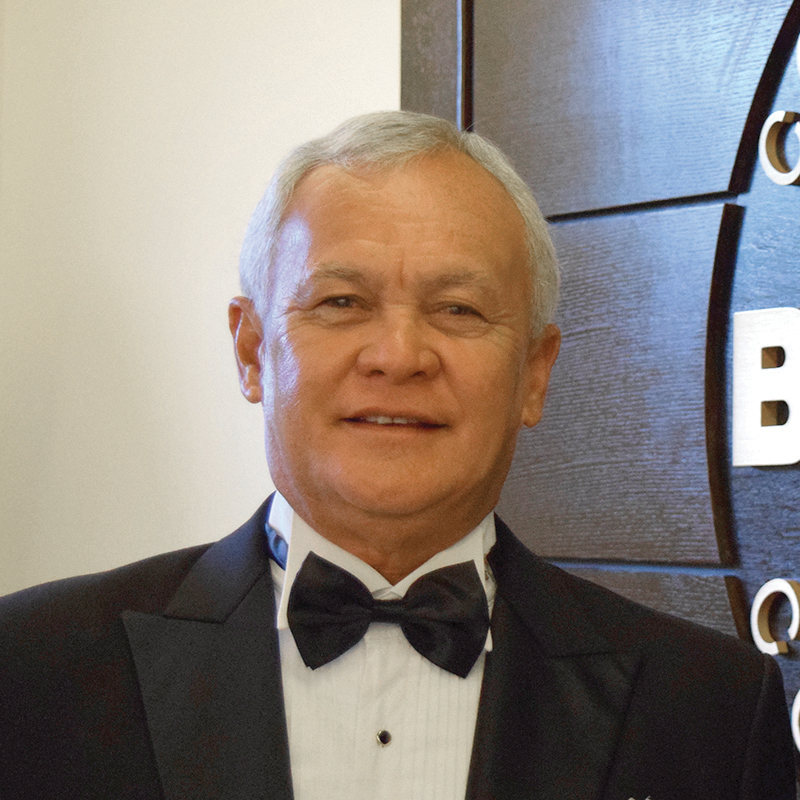 Kaae has ensured that the Black group continues to capture a diverse portfolio of work in Micronesia and the Western Pacific.

As senior vice president and general manager of Black Construction, which operates in Diego Garcia; Black Micro Corp., which operates in the Northern Mariana Islands, the Federated States of Micronesia and Palau; and E.E. Black Ltd. in the Philippines, Kaae and his teams of 1,200-plus employees have a number of projects in play at any one time.

These presently include $12.4 million of work in Wake Island, a $95 million joint venture in Diego Garcia, the $78 million Andersen Air Force Base Northwest Field Firing Range award, which includes work on Route 3A and the A.B. Won Pat International Airport, Guam $97 million expansion.

Recent region-wide and award winning projects include those at the Chuuk International Airport, the Guam hotel Tsubaki, the closure of Saipan’s Puerto Rico Dump and Saipan Comfort Homes and the Matson Navigation Corp. Inc. new headquarters.

Through Kaae’s management, Black was awarded the national Associated Builders and Contractors prestigious Eagle award three times; the only company from the Micronesian region to do so. Black has 15 times been named the Guam Contractors Association Contractor of the Year, won numerous Excellence in Construction and other special awards from the association, been recognized with safety awards for its work for the U.S. military in Guam and elsewhere, secured Leadership in Energy and Environmental Design, or LEED, construction awards and received the 2006 U.S. Small Business Administration’s Dwight D. Eisenhower Award for Excellence in construction.

Mark J. Mamczarz, vice president of estimating and business development at Black, arrived on Guam at the same time as Kaae in 1986.

“Two other young men were also hired for Guam. Little did they know that this was [Black Founder] Bob Black’s succession planning,” he says. “Now, 30 years later Leonard and I remain — charged with getting Black started on the Marine Corps build up and, more importantly, developing the next generation of Black’s leadership team.”

He says Kaae has special characteristics.

“Leonard never stops teaching,” Mamczarz says. “On average, once a day he will gather engineers and supervisors to go over a specific planning aspect. These meetings are extremely detailed. Each time the group will go away with the understanding that detailed planning is critical to the success of Black. Similar to his detailed field inspections, these meetings establish a baseline of expectations that guide Black. Whether it is building a runway in Chuuk, a building in Wake Island or a new office for Matson, quality control and careful planning allow Black to exceed expectations.”

Given the heights Kaae has reached, it’s hard to believe that he is truly a self-made man.

Though he aimed to graduate from college, he told Guam Business, “In my junior year, I had no way to pay for the remainder of my education and no choice but to find a way to support myself. Without a cent to my name and in desperate need of a job, I elected to leave and jumped on the first opportunity presented to me.” 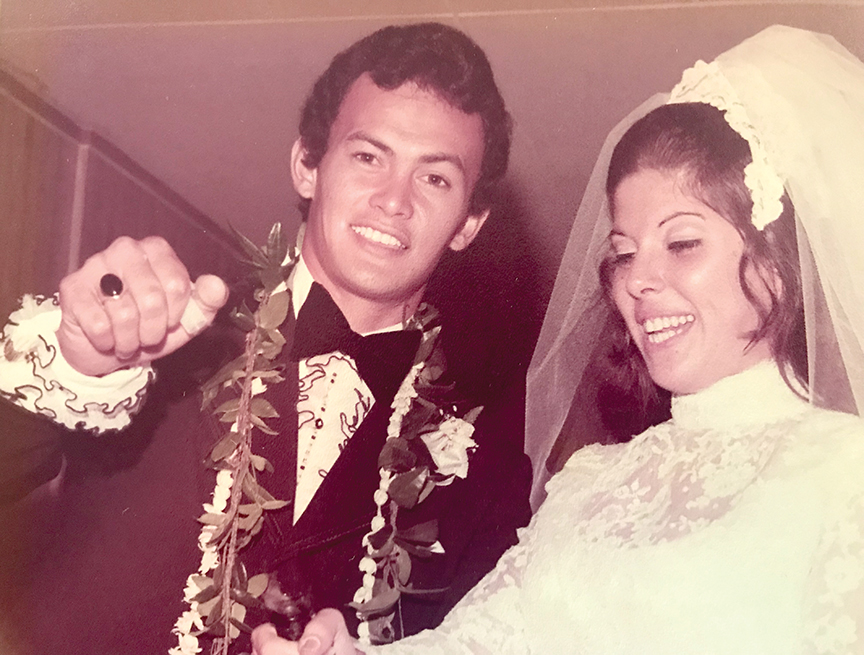 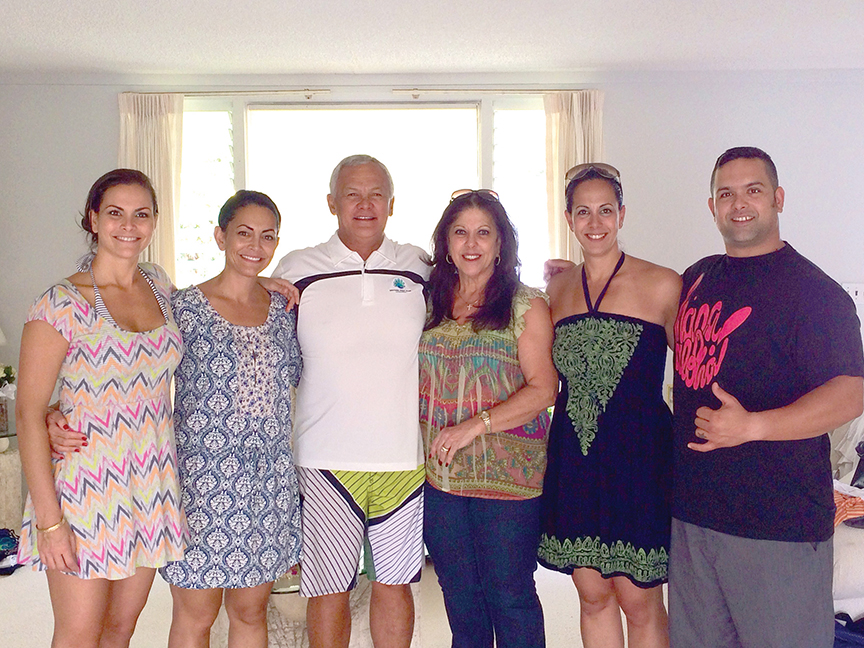 With a borrowed hard hat, a borrowed hammer and the help of uncles who worked in the construction industry, Kaae says, “I was able to join the Laborers Union and eventually began to work with a local construction firm.”

Starting on the lowest rung of the industry ladder on Aug. 8, 1971, he says, was tough and humbling.

However, Kaae says, “This first job, first glimpse into the construction industry, first step of my career, allowed me not only to buy my first used vehicle, but it solidified the promise I made to myself  —  to work hard to create a career path that would provide a future for me and the family I hoped to have one day.”

By 1978, Kaae had accumulated numerous skills and ventured from Hawaii to the U.S. mainland and the United Arab Emirates — wherever his career took him.

That year, in a pivotal move, he was appointed to E.E. Black as project manager in Hawaii.

He then worked on a project that stays in his memory.

“In mid-1979, I was given the opportunity by [the late] Robert “Bob” Black, former president and owner of the Black companies, to be the project superintendent of a $5 million [U.S. Department of Housing and Urban Development] redevelopment project in Honolulu, Hawaii. This would probably be a $20 million program in today’s dollars. It was a 30-month project that my team and I completed in 19 months. This was my big start in the industry.”

In 1985, Kaae took the helm of Black Micro Corp. in Pohnpei, at a time when Black had several valuable projects in the FSM and was also negotiating Black’s purchase of the Pohnpei state quarry.

Kaae takes his responsibilities to business and his commitment to what he calls “the Black Family” of multi-cultural employees equally seriously.

He told the Marianas Business Journal in November, “Every location is obviously different with unique challenges such as language, customs (in Kosrae, no work on Sundays), funerals and logistics on getting manpower, equipment and materials to our operating locales. The one constant that remains no matter where the work is are the people: how you communicate, motivate, train and ensure each of them understand the culture of Black. People are the key to our success as an organization.”

Black is a subsidiary of Tutor-Perini Corp. and works mutually in that relationship for success, but is equally an active and committed community member through the Guam Contractors Association, the GCA Trades Academy, the Guam Society of Military Engineers and the Guam Chamber of Commerce. Among others, it supports the Guam Chapter of the American Red Cross, the American Cancer Society, the Make-A-Wish Foundation, the American Heart Association, the Shriner’s Children’s Hospital Transportation Fund, Catholic Social Services, the Sisters of Mercy of the Americas, the Employer Support of the Guard and Reserve, the Guam Boy Scouts of America, the Guam Army National Guard Readiness Group, the University of Guam Endowment Foundation and the Federated States of Micronesia College of Micronesia.

Among his own involvements, Kaae is a member of the United Service Organizations Advisory Council, the Community Assisted Policing Effort and the Federal Bureau of Investigation Guam Citizens Academy, as well as professional organizations. 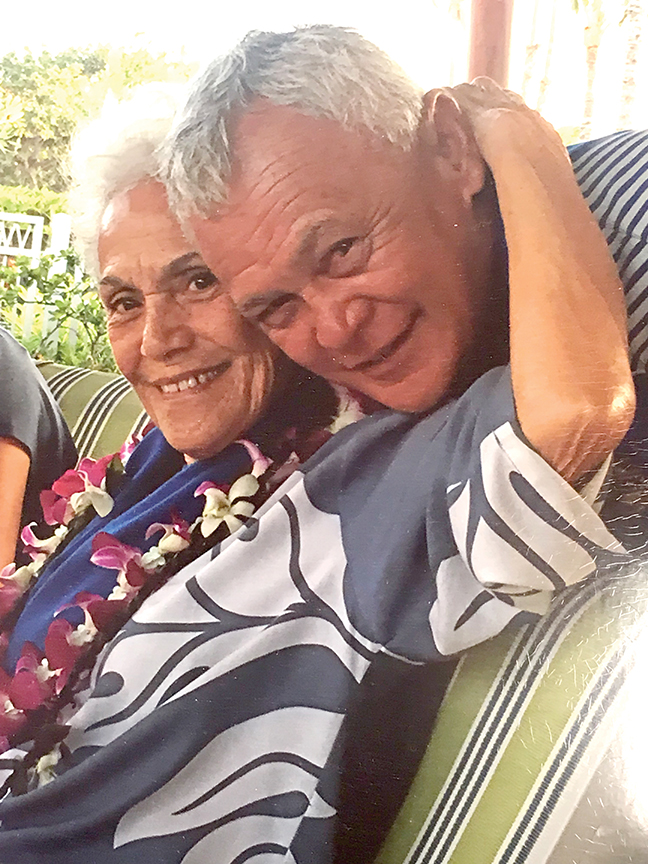 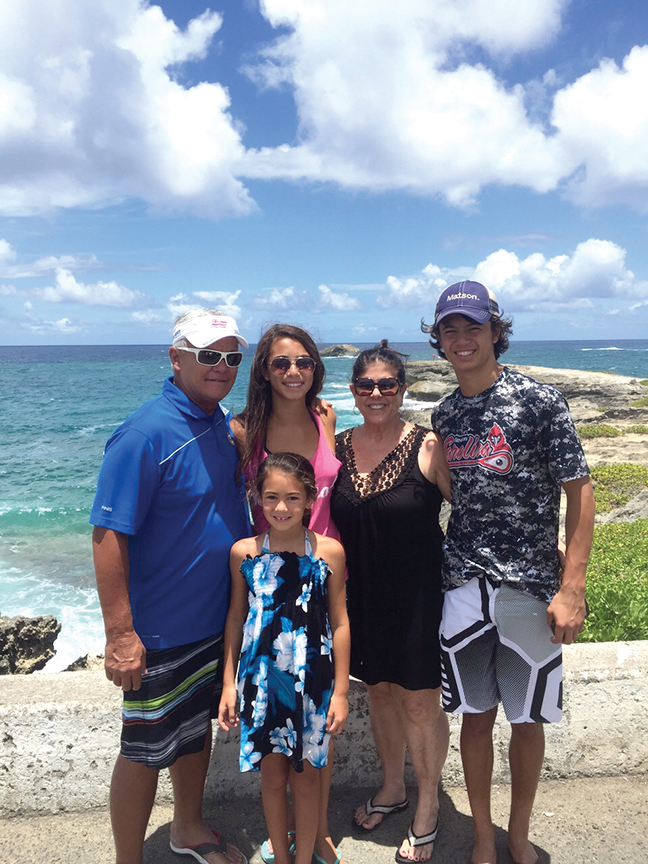 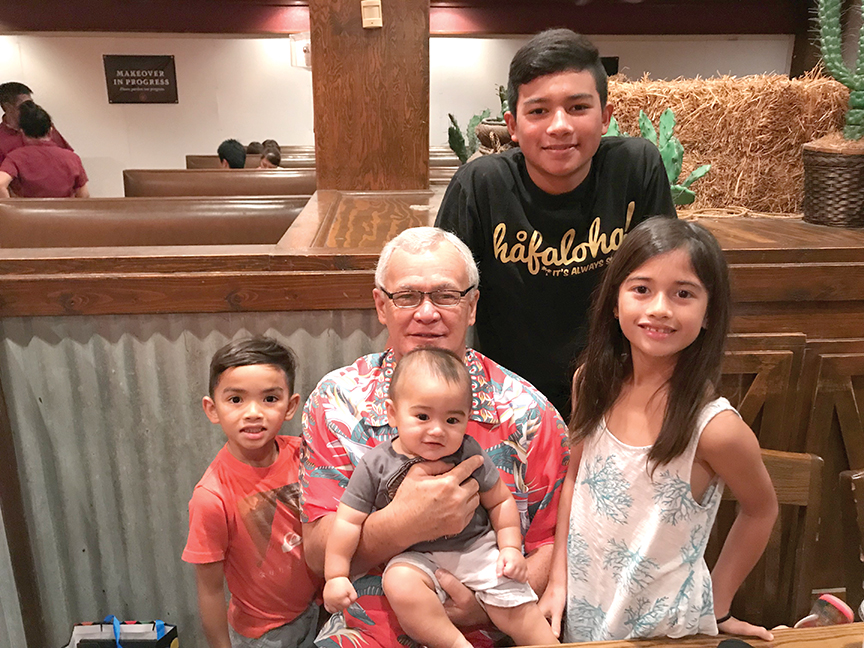 Debra Kaae and her husband were high school sweethearts in Hawaii. She says his family was not wealthy and he was willing to put effort into his career and to get ahead. “I think that was what made Leonard the person he is today,” she says.

Kaae is known for his loyalty and dedication to the company and the employees, Debra Kaae says. “You’ll hear from anybody. He’s not going to ask his men to do something that he wouldn’t do. He won’t ask them to go down into a trench if he doesn’t check it out first.”

The Kaaes are presently welcoming their 12th and 13th grandchildren (twins) to the family. Debra Kaae says, “Leonard is a great father and a great grandfather. We’ve been blessed to have good health and a good family. Family is very important to Leonard and he structured Black that way … that same idea of a family — [the employees] having the loyalty and the desire to work for a company that really cares about them.”

Those who know Kaae well have often become friends through his affinity for golf. Kaae is a member of the Hui Aikane Golf Club in Guam, a group that not only plays regularly, but also fundraises.

Joseph S.N. Shimizu, chief financial officer for Ambros Inc., is a friend and fellow golfer in the club and says he cherishes their friendship.

He says of Kaae, “He’s got what it takes — whether in business, socializing and especially golf. I find [Leonard Kaae] very genuine, true to his word, humble yet intimidating. He will bend over backwards in helping to find the solution. It is an honor to be [Leonard’s] very close friend and I cherish that friendship tremendously.”

Phillip Santos, account executive with Matson Navigation, is also a member of the club. He says, “I enjoy Len’s company and his game … when we play he brings out the best of my golf game.”

Santos says he regards Kaae as a role model.

“I have seen how much his company employees look up to him and respect him; you don’t just wake up and become an executive or highly respected, you must earn it and be fair — knowing you won’t please everyone. He holds that experience and professionalism that draws people to him.”

Through golf one learns a lot of life’s lessons, such as “courtesy, respect and etiquette,” Santos says. “It’s these qualities that Len holds in his life as an executive.”

Debra Kaae says she is happy that Kaae enjoys the game. “Golf is a wonderful outlet for him. … It’s him getting out of the office and relaxing a little.” The pair usually plays on Sundays, she says.

Mamczarz says as the largest contractor in the region, Black is called upon to help with difficult situations, and Kaae has received all sorts of calls for help.

“He has been involved with moving a DC-10 off of a military house (it had rolled down a hill), maintaining hundreds of generators around the clock (during Typhoon Pongsona), moving pre-fab housing units off a grain ship on the open ocean (during Typhoon Kim), repairing access to “Big Blue” with a ship in the dry dock (during Typhoon Omar) and raising a sunken barge (to cries of ‘Boss, the barge is gone.’).”

Kaae is dedicated to leading Black, but it is also the industry and its challenges that keep him motivated. He says, “I’ve lived and breathed construction every day of my career, from the first day I stepped on a construction site, and continue to experience firsthand almost every aspect of the business.”

(From top to bottom) Kaae with his wife, Debra J. Kaae; and the Kaae family.

(Clockwise from top left) Kaae and his mother; Kaae with family members at the beach; and Kaee with four of his 13 grandchildren.