The wholesale industry on Guam is unlike any other in the world — servicing the western-most territory of the United States comes with a unique set of challenges. From complying with federal regulations to competing with Asian products to ordering months in advance, local wholesalers run tight operations to make decent gross profit margins in a low margin industry.

Wholesale operations are in the limelight with the introduction of Bill No. 230-34 which removes gross revenue tax exemptions from wholesalers as well as banks, hospitals and insurers to fund Guam Memorial Hospital. With their GRT exemption on the chopping block, wholesale industry leaders have a few words in defense of the exemption that they say has allowed the island economy to flourish in the past 35 years.

“The average person doesn’t realize that there are a lot of costs behind the price [of a product] by the time it gets to the shelf,” says Herminio S. Queja, general manager of Micronesian Brokers Inc. 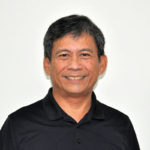 When U.S. products land on Guam, they have incurred a handful of costs called landed costs. Landed costs include the cost of goods from the supplier; inland freight — if the goods travel from an inland U.S. location to the west coast; consolidation and terminal charges; and ocean freight to Guam.

Once goods arrive to Guam there are several Port of Guam charges including a terminal charge, terminal handling charge, fuel surcharge, customs fee and invasive species fee — 75¢ per 1,000 pounds. Finally, wholesalers pay a trucking fee to bring goods from the Port to their facilities and back.

Queja says that when a company considers its gross profit margin, it must think about the landed costs, its general administrative costs and any promotional costs.

“There are all these expenses as a wholesaler, but not as a broker. Although our name is Micronesian Brokers, we are not brokers anymore and there’s a big difference,” he says.

Brokers do not buy products, need warehouses or have as many employees. They broker deals between a retailer and supplier and earn a commission.

Wholesalers buy products in bulk and sell to customers that resell the products to consumers. Customers of wholesalers — retailers, grocery stores, hotels and restaurants — need room to make a margin, which means wholesale margins are typically smaller than those of its customers.

Shipping is an incredibly important part of the equation for wholesalers. Ocean and air freight has always been a lifeline to the Micronesian islands that does not come cheaply. 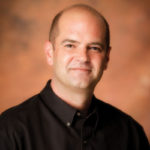 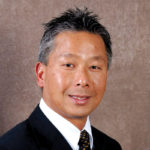 “Having two carriers now has allowed costs to decrease slightly,” Herbert says. “And we’re very happy to have both.”

Lai says, “On the positive side, both carriers are doing a really good job. They’re on time and their ships are reliable.”

Wholesalers must also decide what products will be in demand several months ahead of time and when products should be ordered. 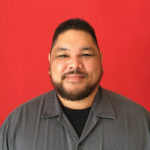 “Forecasting is a huge part of what we do,” says Vincent Santos, sales and distribution manager for Coca-Cola and Foremost (Guam). “Many U.S. suppliers require orders to be placed four to six weeks in advance. When you consider several weeks of transit, we’re placing our orders more than two months in advance,” he says.

Wholesalers must buy “smart” and at the right times not only to anticipate consumer demand, but also to keep up with their competition. Competition encourages distribution activity in the community and provides locals with a wider variety of products. 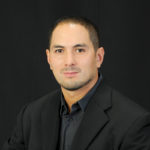 Queja says that when there are more wholesalers there will always be more competition, which is a good thing.

“At Micronesian Brokers, we are the exclusive representative of certain brands, and there will always be brands that compete with the brands we carry,” he says.

Prior to 1984, local wholesalers and retailers paid GRT on their goods to the government of Guam. By the time a consumer bought an item from a store, the item had been taxed twice — once on the wholesale level and once on the retail level — often referred to as double taxation.

The 17th Guam Legislature ruled in 1984 to grant exemptions from the payment of GRT for wholesalers. Since then, the number of wholesalers in the region has grown.

The government encourages distribution activity in the community without GRT on wholesale, which makes it more convenient for the people on Guam to get the products they like and want, Santos says.

Many wholesalers see themselves not just as middle-men but also as great business partners to the local companies they supply.

“We partner with the trade and help [our customers’] businesses grow,” Calvo says. “We listen to the market’s demands and provide options that allow our community to experience what is trending around the world. We build brands and provide consistently high quality product offerings. We contribute to the Guam community’s higher quality of life in many ways.”

Wholesalers help small- and medium-sized businesses in particular by procuring a large amount of goods, storing them in warehouses and allowing retailers to buy only what they need at any given time.

Bill No. 230-34 introduced in the 34th Guam Legislature on Jan. 11 ends the exemption for wholesalers, banks, hospitals and insurers from the payment of gross receipts taxes for the privilege of doing business on Guam and directs the revenue stream to the operation and modernization of Guam Memorial Hospital.

If Bill No. 230-34 was to be passed into law, wholesale industry leaders agree that they will be unable to absorb the financial impact. The rise in expense will inevitably be passed to the end consumer, increasing the cost of everyday goods and potentially reducing overall volume.

“No big wholesalers make more than 4%. We might make about 1% to 2%,” Lai says. “As a result, if the 4% GRT went into effect, we would have no choice than to pass it to our consumers. At the end of the day, the restaurants will pay more, the hotels will pay more and the consumer will pay more.”

Wholesalers say there will be an increase in the cost of goods to retailers and a marked increase in the price of goods in stores for “everyday” items such as milk, eggs and bread. Meals at restaurants will also become more expensive.

“We hope the community understands that [Bill No. 230-34] won’t just affect wholesale, banks and insurance companies. It will affect everyone on the island,” Santos says.

Queja says that when wholesalers were granted exemptions from the payment of GRT, it was done for good reasons.

“Those reasons are still valid today. If exemptions are removed, off-island suppliers are just going to do more business on Guam, and they don’t pay tax. They don’t hire employees,” he says.

Wholesale industry leaders say a rise in the price of goods will instigate a domino effect. Firstly, large retailers and hotels will start buying in bulk from off-island suppliers to bypass the wholesale GRT.

In that case, local wholesalers won’t be able to compete.

Herbert says the more drastic effect would be the wholesale industry possibly moving out of Guam, setting up business on the west coast and shipping directly to Guam.

“That would lead to laying off employees and losing income taxes on Guam. Retailers would probably return to purchasing directly from off-island entities that don’t contribute to our local tax base,” he says.

The removal of GRT exemptions to wholesalers would also probably motivate more Guam residents to purchase at military installations, he says. 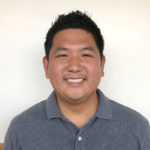 Andrew Park, vice president of Pacific Produce Corp. and vice president at Pacific Petroleum Trading Corp., says at first glance it didn’t seem that Bill No. 230-34 would have much of an impact since it applies to all wholesalers. On closer inspection, he says it is the small retailers that will suffer most.

Under the legislation, a product sold by a small retailer will incur 8% GRT — 4% on the wholesale level and 4% on the retail level.

That won’t be the case for large retailers, Park says.

“Those large retailers are only going to pay 4% because they are buying products directly from the U.S. The big guys will end up only paying GRT once and the small guys will pay twice,” he says.

Frank S.N. Shimizu, president of Ambros Inc., says the government should continue to support wholesalers with GRT tax exemptions because — unlike off-island suppliers — local wholesalers invest on the island.

Off-island suppliers do not employ Guam residents; use local vendors; utilize local health, legal and insurance providers; pay gross receipts tax or excise tax to the government of Guam; rent or buy warehouses; or service retailers by delivering, stocking merchandise or promoting on the island, he says.

“In other words, off-island suppliers don’t spend any money in Guam,” Shimizu says.

Shimizu says there are several ways the government of Guam can collect more tax revenue without raising taxes.

These include enforcing scanning-capable registers for retailers so that retail GRT is recorded accurately and ensuring that imports are reported accurately for excise tax by working with inspection officers.

Several wholesalers have a few other ideas for generating revenue for Guam Memorial Hospital.

“Rather than continuing to seek new revenue streams for GMH, senators should consider privatization of the hospital,” Calvo says.

Lai says he understands the government of Guam’s need for GMH funding, but he hopes it will conduct an impact study before making any decisions.

“Sales tax could fix the problem, although not on food items,” he says.

The legislation was introduced to provide a designated revenue stream for Guam’s only public hospital — a cause that wholesale industry leaders say is an important and sensitive issue.

“No one wants to see the hospital fail. We’re certainly all trying to come up with different solutions to make Guam Memorial viable,” Herbert says. “I’d like to believe that this bill was only introduced to basically get the discussion going on ways to create funding for the hospital. I don’t think taking away GRT exemptions from wholesalers, insurance companies or banks is the solution, but I think we’re all willing to come together to come up with some solutions.”

Wholesalers on Guam aim to bring the best and newest products to Micronesia. As a result, consumers have more choice and variety in stores and restaurants than ever before.

Products and food items introduced to the region in 2017 include fresh seafood air-flown from Japan by Quality Distributors and wines from California and Spain by Ambros. Coco-Cola introduced Vitamin Water as a fountain drink and Micronesian Brokers supplies a tobasco-flavored corned beef as well as Ruffles flamin’ hot chips and jalapeno ranch chips.

Locals now have a few more beer options thanks to MidPacific Distributors Inc. and Island Wines and Spirits that carry Blue Moon, New Castle Ale and Strong Bow. On the produce side, Pacific Produce Corp. now supplies strawberries, pears and persimmons from Korea. 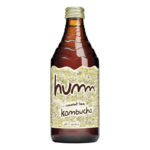 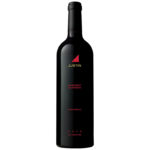 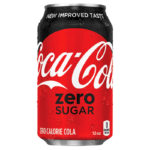 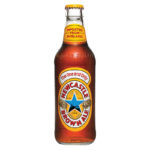 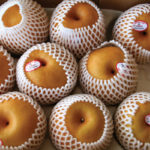