Uttamchandani wasn’t always a self-proclaimed toilet paper salesman, although in some form or fashion, he’s always been in sales. The 50-year-old more commonly known as “Sunny Uttam” got his start in electronics, then moved into fashion, and from there, he finally made his way into “the toilet paper business.”

In the 1980s, Uttamchandani opened his first store in Hong Kong, the city where he was born and raised. Fresh out of high school and only 17 years old at the time, he soon proved himself a savvy businessman. Within three years of opening the small electronics store, he was shipping internationally — largely to Spain. During the 1992 Madrid Olympics, his store supplied one million $1 radios to vendors in Spain over the course of 120 days.

“A gentleman who worked for a big U.S. chain store came to me with a bag of 12 ladies thongs and said, ’Victoria’s Secret has a great product, but we can’t currently compete with their prices. I need you to figure out how to make these for 60 cents apiece.’ We managed to make them at 65 cents apiece, and the store in the U.S. then went on to sell them for 99 cents apiece,” he says.

Uttamchandani went on to work in more seasonal fashions, spending a good deal of time in Los Angeles. Eventually, he says, “I got burned out in fashion. I decided I wanted to find something to sell that didn’t change. So that’s where I came up with supplying toilet paper.”

One Pacific Group is now a huge multi-national company representing and supplying everything from high-end linens, to canned foods, to furniture and beyond. The company also does renovations, owns a small hotel called Pacific Guam and recently acquired the Mandara Spa at The Westin Resort Guam.

With several One Pacific Group offices located all around the world, Uttamchandani is constantly on the move. “I travel every week,” he says. “I take about 30 trips a year, and this week alone I will be in four different cities.” So when asked where home is, he replies, “Wherever I want it to be.” Sometimes home is Guam, although he’s typically only on island for about 48 hours each month. His parents live in Guam, and his brother is Harry Uttamchandani of the local business Uttam’s Electronics.

Uttamchandani’s daughter, Rishika, was also born on Guam, although she now works and resides in New York City, which makes New York yet another “home” for him. His wife, Bharti, who often joins him on his jet-setting adventures, makes her home in Hong Kong.

Uttamchandani says he’s “never on holiday.” Even when he’s at one of his “homes” or traveling elsewhere around the world, there’s usually some business mixed in with pleasure.

He describes networking as one of the most important aspects of his career and has friends and business associates wherever he goes. When he does relax, he enjoys going out, trying new restaurants and shopping. He manages to squeeze in a quick workout most days and also enjoys giving back to the community. He recently raised $400,000 in one evening during a charity event in Hong Kong.

He continues in his day to day work abiding by his philosophy that, “Nothing is ever a problem unless you make it a problem” — a great piece of advice not only for those in the toilet paper business, but for everyone tackling an ambitious project. 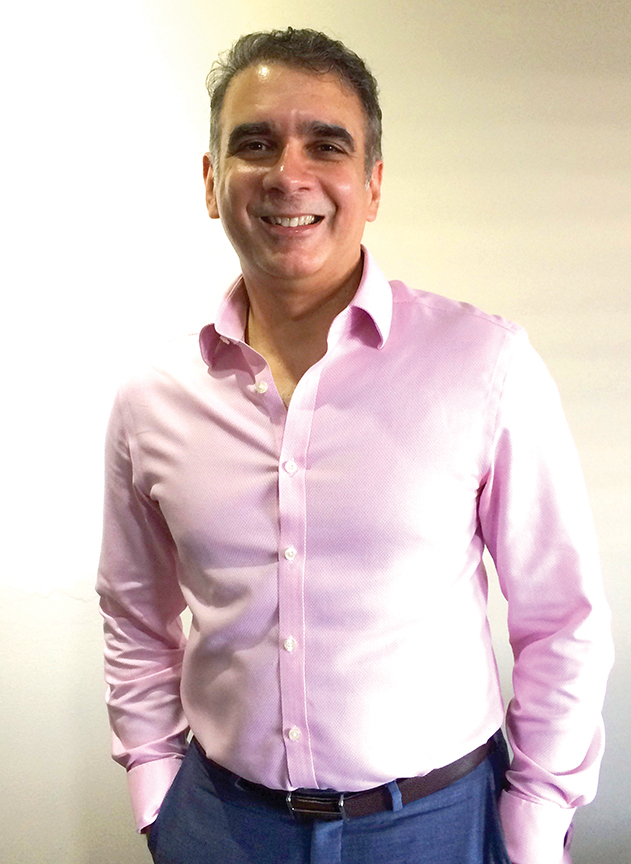