Real estate sales on the move after three mediocre years 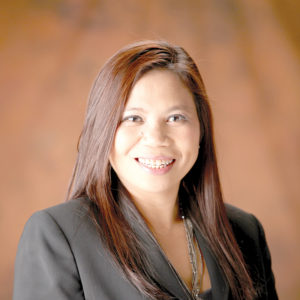 The Guam real estate market in 2016 surely outperformed 2015. The 2016 annualized real estate sales volume, based on 11 months of figures through November is $566.7 million — 75% above the 2015 figure. Although the sales include The Westin Resort Guam transaction at $125 million, the sales volume is still significant as it is the second highest in the last 15 years, second only to the 2007 peak. After three consecutive mediocre years, activity started to increase. The number of transactions in 2016 at 1,342 also reflects an 8% increase compared to 2015 with 1,241 transactions.

Tumon, undoubtedly, continues to be the most desirable location in Guam. A Taiwan-based investor acquired one of the last oceanfront pieces in prime Tumon for $34 million. Another 11-hectare oceanfront piece sold in Pago Bay for $23 million.

The land sales also include various former federal excess lands in Tiyan, the Route 3 vicinity and Barrigada. Tiyan is the new place to be with more than 150,000 square meters of land transacted with a total price of more than $11.5 million. This does not include the proposed 52 high-end residential subdivision units proposed for west Tiyan, inspired and benefitting from the lesson learned in Talo Verde Estates. Route 3 vicinity activity has slowed down as the market absorbed existing supply and the sellers posed a wait-and-see position. Several former federal excess lands in Barrigada also sold. More federal excess lands are expected to add to the supply as landowners clear up probate issues.

We reviewed the 12th Annual Demographia International Housing Affordability Survey and applied it to Guam. This study compares the median house prices and median incomes in various markets in the world. Although our affordability index is much lower than our island neighbor Hawaii, Guam is on the severely unaffordable category. The increase in construction costs are only going to exacerbate affordability issues. Studies on new construction methodology and/or materials will be needed. Further, 2017 will likely see interest rate hikes that will reduce the affordability.

Residential rental activity on the Guam Association of Realtors’ MLS reflects a relatively similar volume and number of transactions. However, the median monthly rental amount has increased to $2,450.

The multi-family sector reflected seven sales with total volume for 2016 year to date of $6.7 million. The sales include mostly underperforming properties ready for renovation by new investors. The sales include the five-unit Agat Apartments and the 30-unit Oasis Apartments, previously Kina Court Motel. Limited new additions to this sector and conversion into short-term rentals may drive up rental rates in the coming year.

The commercial and industrial sectors reflected 19 sales at $29.2 million in 2016 year to date. The sales include the $5.55 million Para Oceana building in Harmon, acquired by Core Tech for $2 million, the former Jack Peters & Co. facility in Upper Tumon, the $1.6 million proposed  Federated States of Micronesia consulate building on Route 16, the $5 million Harmon Public Storage and the $2.05 million proposed cold storage of Carson Guam Corp. It is interesting to note in this sector, as can be seen across various sales, that the increased construction costs have been one of the key factors in purchases. Buyers are willing to acquire abandoned, lower quality properties in poor condition and spend the capital on renovations.

In the pipeline to add to the supply in 2017 is the 21,000-square-foot Phase II of the Camacho Landmark Center by the ITC intersection. Various owner-occupant facilities are under construction, including the W.M. Engineering facility in Tamuning, Matson headquarters in Anigua and others. A strip mall center is nearing completion along Route 10 near its intersection with Route 15. Another dialysis center is also under construction along Route 3 in Dededo. Pre-leasing is still not popular in Guam and tenants typically wait until the building is completed.

The things to watch for in 2017 and the years to come include the continuous shift in Guam’s tourist profile, sharing economy, e-commerce, interest rates, and yes, the new U.S. commander in chief.

The shifts in Guam’s tourist profile affect real estate directly. The tourists are shifting from the “packaged” type to the Free Individual Travelers, or FITs. We are aware of several apartment operations that are shifting into “AirBnB” types of operations. Mom-and-pop car rentals are also on the rise with more FITs on our island. Local brands and restaurants are increasing in popularity with FITs.

The high-end retail sector enjoyed fairly good times in 2016 due to the strengthening yen until it weakened in late 2016. The retail sector also experienced boosts with the availability of low-cost carriers from Philippines. While Macy’s is closing in Kailua and other parts of the mainland, Guam’s Macy’s expanded and now looks like a real Macy’s with 200,000 square feet of space in Micronesia Mall. Macy’s obviously understood the Asian profile of Guam’s tourists and looked beyond our “mere” 180,000 population.

The sharing economy will remain popular, with AirBnb and Uber, or Guam’s Stroll. Although e-commerce has reduced footprints of retail in the U.S. mainland, it will be a while before Guam catches up with this trend, as our tourists will likely want to buy U.S. brands on tax-free U.S. soil.

Interest rate hikes are highly anticipated and will affect affordability. The new U.S. commander in chief will impact Guam’s military buildup and policy on construction workers.

Although it is too early to tell where these policies may lead us, we may be fortunate to find out about them on Twitter. 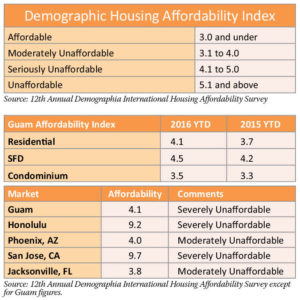 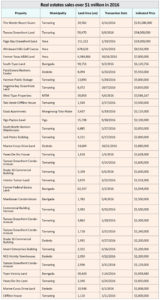