The continual increase in tourist arrivals in Guam has attracted much interest in Tumon properties, vacant land and hotels. Tourist arrival figures have been in the vicinity of 1.3 million for three years in a row. Last year reflected 1,343,092 arrivals, a slight 0.6% increase compared to 2013, based on Guam Visitors Bureau reports. (See “Tourist Arrivals” chart.)

Japan domination in arrivals by country has decreased substantially. In 2006, Japan dominated the market at 80.5%. In 2014, this market segment shrank substantially to only 60.9%. Korea, which comprised 9.9% of total arrivals in 2006, more than doubled its arrivals to 23.1% in 2014. Arrivals of Korean budget airlines Jeju Air and Jin Air and United’s upgrade to daily flights have contributed to this.

Korean luxury hotel chain Lotte leased the 223-room former Aurora hotel, completed renovation and reopened in July to be the first Korean hotel chain to open in Guam. Taiwan arrivals also increased significantly from only 1.4% in 2006 to 3.7% in 2014. China and Russia, although their percentage of arrivals significantly increased, are still relatively small in number of arrivals comparatively and represent 1.2% each of total tourist arrivals in Guam.

The increase in tourist arrivals has definitely translated into dollars and cents in hotel operations in Guam. Occupancy rates are at 75% in 2014 compared to 60% in 2006. The average room rate was $106 in 2006, which increased significantly to $149 per room per night. The REVPAR — or revenue per available room, a common measure of hotel operations — increased by 75% within this timeframe. (See “GHRA Occupancy, REVPAR and Occupancy Rate” chart.) Another factor that contributed to this significant increase is the better product offered as the result of various hotel renovations.

Although Tumon land sale activity is increasing, there are a limited number of buyers involved. Four out of six transactions worth more than $10 million involve one Taiwanese investor. Various hotel-related developments are in the pipeline for these properties. The most recent sale, of $15 million, includes land next to The Beach Bar and is proposed for a one-of-a-kind resort property. We are also aware of other multi-million dollar land with multiple buyers in Tumon. (See “Land sales in Tumon” chart and image.)

When Cornerstone invited various experts to Guam last year, finding rooms in Guam proved difficult in peak season. Karl A. Pangelinan, former general manager of the Guam Visitors Bureau, projected that the objective stated in the Tourism Plan for 2020 of two million visitors would require more than 10,000 rooms. The Guam Hotel & Restaurant Association tallied 7,610 rooms in 2014.

Our company has received increasingly more preliminary interest in various Tumon properties, although closings and commencements are yet to be seen. There is obviously a disparity between new construction asking prices and feasible prices. Although the REVPAR has increased significantly, the 2014 figure of $112 still does not justify the $400,000 per room construction cost. The two major players, Tanota Partners and Ken Corp., have existing synergy in place that enabled them to initiate new construction.

Lotte Hotel Guam is the most recent addition to the hotel room inventory on Guam. The 222-room hotel reopened in July after extensive renovation. Dusit Thani Guam is a 419-room luxury hotel proposed to open in April. The proposed hotel boasts nine function rooms with 29,000 total square feet of meeting space, six restaurants and a spa. It will be interesting to see how Lotte and Dusit Thani will impact Guam’s hotel room rates.

Core Tech recently took over the 280-unit Emerald Ocean View project with $40 million slated to complete the project. Although yet undecided, there is a possibility that this will add to the hotel room supply in Guam. Ken Corp.’s 348-room hotel construction is slated to commence next year although the construction is not expected to be completed until 2018.

Location in Guam matters a great deal. That may be stating the obvious, but the saying “you’re either it, or you’re not” really does apply in Guam. The Pleasure Island area has primarily kept the circle of hotel investment on Guam.

On the income side, GHRA reported that room rates increased significantly from 2006 at $106 to $149 in 2014. Guam hotel room rates are still a far cry below other similar destinations in Asia, and market participants expect room for improvements on this side. The occupancy rate reported by GHRA in 2014 is on the low end of healthy at 75%, although most major hotels are substantially higher than this average rate.

On the expense side, energy remained the single most expensive line item for hotel operations. Major hotel owners are aware of this, and various energy-saving actions have been completed or are on the way as the savings flow directly to the bottom line.

Guam’s tourism industry remains susceptible to external factors. In the words of Gary Hiles, chief economist for the Department of Labor’s Bureau of Labor Statistics, when the world sneezes, Guam catches the cold. Our tourism industry is affected by the recent rumbling of the Russian ruble. Tourism market participants are also watching the continued weakening of yen. Any natural disasters or world terrorism may also have impact on our tourism, as we have experienced before.

The tourism industry relies heavily on its products. We have a lot of room for improvement although some tourism industry participants do take matters into their own hands and have helped diversify the product offering. Amusement parks are something that appears to be a great idea for Guam as we have the land. With the industry rule of thumb of an initial investment of $100 per expected first-year guest, a $100 million investment is what is required, although we may have to apply a geographic multiplier for the higher construction cost.

As with everything else in real estate investment, cash flow is king. Realizing that real estate can go boom or bust, prudent investors watch their investments closely and spend the money required to trim expenses and increase the appeal of their product through calculated renovations.

GVB and its board, working closely with the stakeholders in Guam tourism, have worked diligently to diversify the market and reduce our tourism risk. In the meantime, try to reserve that awesome party and/or family suite at Dusit Thani, and take part in contributing to our economy.

—            Siska S. Hutapea is the president of Cornerstone Valuation Guam Inc., a real estate appraisal and advisory company. She holds the MAI designation from the Appraisal Institute in Chicago and MRICS from Royal Institution of Chartered Surveyor based in London. She can be reached at [email protected]. 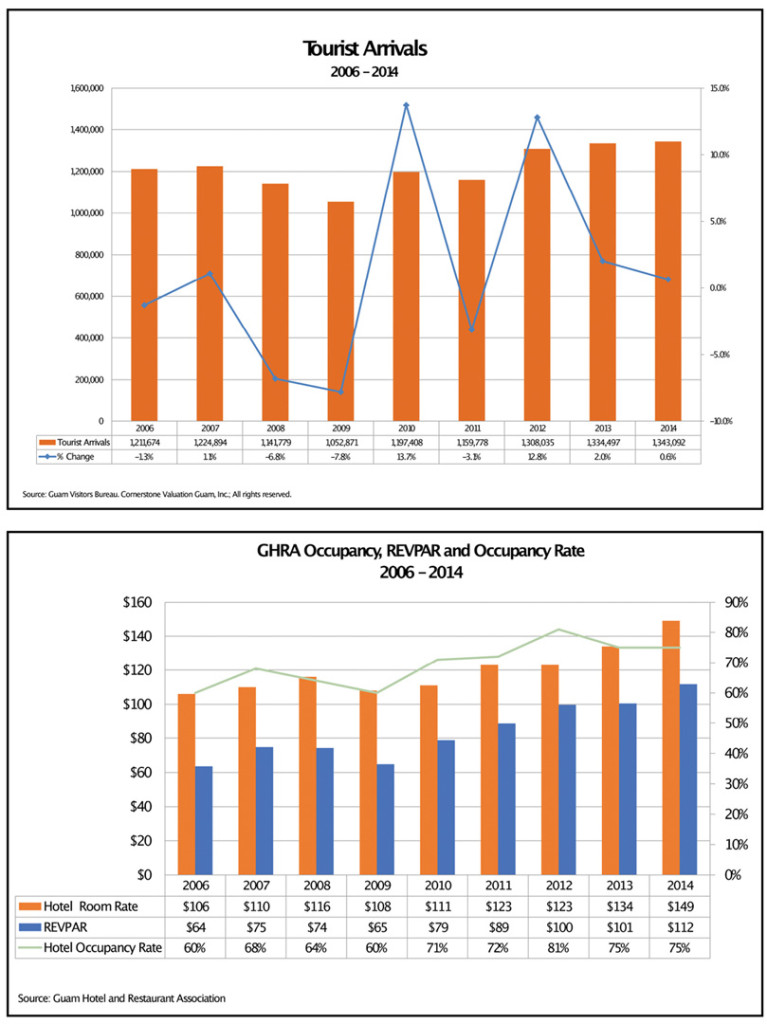 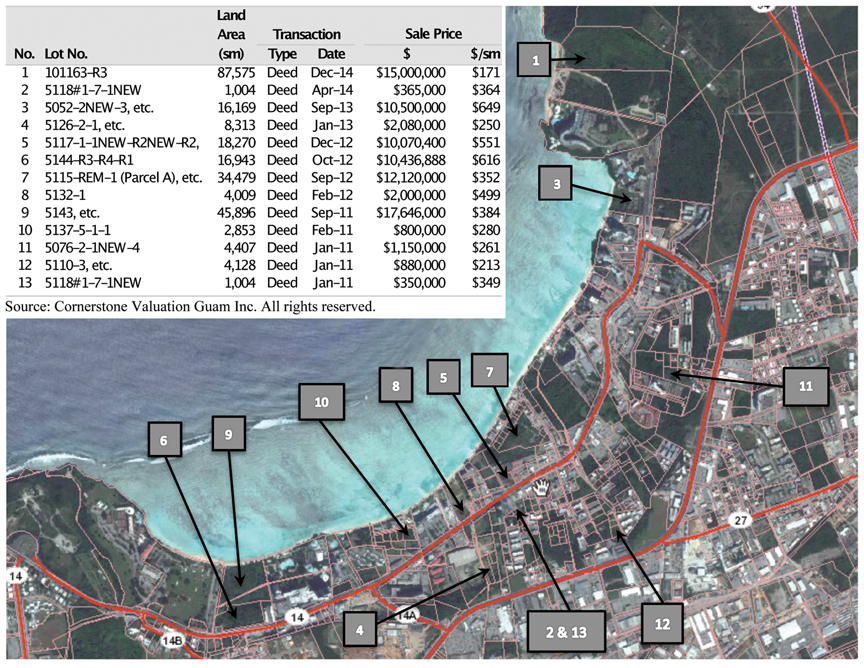