More than minimum wage at issue 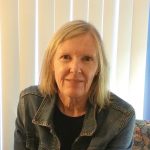 June 24, 1938. It was on this date, about 81 years ago, that the United States established its first federally-mandated hourly minimum wage at 25¢ per hour. At the time, the law affected only about one-fifth of the U.S. workforce, but the legislation was so controversial that President Roosevelt addressed the nation saying, “Do not let any calamity-howling executive with an income of $1,000 per day … tell you … that a wage of $11 per week is going to have a disastrous effect on all American industry.”

So, with this legislation we trace not only the history of the first minimum wage, but also the controversy and contention that continues. For perspective, had the minimum wage in 1938 simply been maintained at a rate of current value, the 25¢ per hour wage would be $4.36 today, just enough to buy one gallon of gas, but not enough to buy a gallon of milk on Guam. What constitutes “enough” frames many public conversations about just what is enough and how it is provided.

A simple value update of the 25¢ to $4.36 however, did not keep pace with U.S. economic productivity and labor market realities. In 2009, the federal minimum wage was reset to $7.25. By 2016, 28 states and Guam had enacted legislation to increase the minimum hourly wage above the U.S. federal standard of $7.25. These states have high economic productivity and are generally seen as prosperous, with high costs of living and high demand for workers. Some large cities, such as Seattle, are looking to exceed even its state’s minimum wage. We are seeing that minimum wage today is becoming more of a local discussion than a national one as communities grapple with how to secure a wage floor to protect workers from economic disadvantage. These discussions bring in to view interesting arguments.

Data on employment is regularly monitored at the federal, state and local levels. These data points are viewed as key indicators of economic performance and outlook. Guam’s May 2018 Occupation and Employment Survey shows the average wage on Guam is $13 per hour. In looking through the list of Guam’s wage categories you would be hard-pressed to find one with an average hourly wage below $9 (food service workers hourly rate is $8.86 without tips). Childcare workers are paid on average $9.05 per hour, the lowest paid salaried workers in the survey. From the survey of about 60,000 Guam workers, almost none earn a wage below $8.75. Of course, the survey does not include everyone, but the argument that a minimum wage increase is wildly inflationary does not have evidence in our own current data. The 2016 retrospective study of Guam’s minimum wage increase showed no significant effects on employment and inflation at that time. Whether this condition continues and whether an increase to $9.25 is a reasonable wage floor depends on Guam’s overall economic outlook. Right now, this target minimum wage appears not to interfere with market-based wage rates established by most Guam businesses.

At my recent presentation on this subject — a session hosted by the Regional Center for Public Policy — I stated that I am experiencing a bit of minimum wage fatigue. From reading the first part of this article you can probably see why. For all of the attention and acrimony that minimum wage commands, is it worth it?

I have come to believe that this is an aging conversation that will soon be out of date. I suggest that we change the subject to better understand middle income families. While perhaps not perfect, we have in place support for low income families. The question is: how does our economy sustain the middle, and how do we as a community grow prosperity from employment and investment?

At this season of graduation, I applaud as my students leave the university and enter the workforce. Will they find jobs here? For a final paper, I asked them to conduct a cost-benefit analysis on a subject of interest to them personally. The overwhelming theme of these papers was: should I stay, or should I go? It was all about employment and whether Guam would be able to provide an income level to establish their own independence and grow the next generation of wealth.

From working with these students, I have another perspective that leads me to redirect the conversation away from minimum wage. In fact, it may not be about wage at all. For this next generation of workers, listen to how they define work and reward. They don’t aspire to work 9 to 5 Monday through Friday and to have two weeks off per year. They don’t aspire to work in a space that others define for them. And important to this discussion, they don’t think of compensation in terms of an hourly wage.

This generation works differently. They may even prefer part time projects with a defined end point. This group appears to parse work by project and productivity. They expect to be paid by the level of contribution, and once done, to aspire to “level up” to other projects with greater returns. These new workers have been prepared by the games they play, the rewards they receive and the ways they communicate — fast, fluid and flexible. They are prepared differently and have new expectations about time, work and money.

This new workforce may change forever the concept of an hourly wage and in its place redefine compensation and opportunity in terms of productivity. After 81 years and with an industrial economy in the rearview, it’s more than time.