on March 1, 2019 | Leave a comment
Departments In the Spotlight 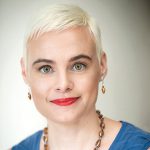 The University of Guam invited National Public Radio host David Greene and Pulitzer Prize-nominated writer Inara Verzemnieks to be the 38th and 39th speaker respectively for its Presidential Lecture Series. 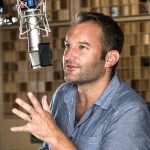 David Greene, who spoke Feb. 1 at UOG, is the host of NPR’s “Morning Edition” and co-host of NPR’s morning news podcast, “Up First.” His talk focused on career highlights including two years as a Moscow-based foreign correspondent and four years reporting from the White House and around the world while covering President George W. Bush’s second term. He also spoke about media today and the current political environment.

Inara Verzemnieks, who spoke Feb. 12 at UOG, teaches creative nonfiction at the University of Iowa, authored the acclaimed memoir “Among the Living and the Dead: A Tale of Exile and Homecoming on the War Roads of Europe” and was nominated for a 2007 Pulitzer Prize in Feature Writing for her work in The Oregonian. Verzemnieks was brought to Guam as a featured author through Humanities Guåhan for a series of creative writing and journalism workshops and readings titled, “I Come From Here: Portraying Place, Community and History,” which were held from Feb. 10 to Feb. 16.

United unveils live television, new app features
United Airlines on Jan. 30 announced free DIRECTV service on more than 200 Boeing 737 aircraft. United also expanded its personal device entertainment services to aircraft that previously only offered DIRECTV, providing customers the option to use their phones, tablets or laptops to access more than 280 complimentary movies and TV shows. Options for those with hearing and mobility issues are also offered.

The airline also introduced updates to its mobile app to include easier access to the most popular tools, new personalized content and functions and a home screen that provides regular updates on the customer’s flight status and other useful information when traveling.

NMI receives major Chinese award
The Northern Mariana Islands were awarded “Best Island Travel Destination” at the 2018 National Tourism Fashion Awards in Beijing, China on Jan. 22. The Marianas Visitors Authority received the award at the event, which was held at the St. Regis Beijing.

UOG Press releasing new books, tips for publishing
The University of Guam Press announced on Feb. 2 that it will be publishing two new books in the coming year as well as a new section of its bi-monthly newsletter aimed at writers.

The fourth edition of the local hiking book “The Best Tracks on Guam” by Dave and Bev Lotz will feature a new design, updated photos and trail information, a hiker’s safety guide and a guide to native plants among other new features.

A collection of Chamorro legends by Terry Perez and Ann Rivera and featuring illustrations by local artists will also be released.

In response to popular request, the UOG Press bi-monthly newsletter will now feature a section with publishing tips and information for aspiring authors entitled “Tininngo’ Titige’” — Chamorro for “a writer’s knowledge.” UOG Press maintains an open call for fiction and non-fiction manuscripts about Chamorro and Asia-Pacific culture and history. 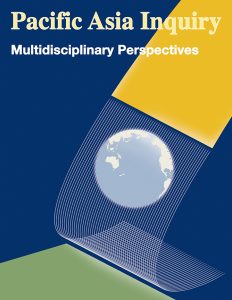 The latest volume includes articles on the storyboards of Palau and pre-colonial Chamorro women, as well as reviews of books in the field including “Children of Chuuk Lagoon: A 21st Century Analysis of Life and Learning on Romonum Island” by Mary Spencer and “Jesuits at the Margins: Missions and Missionaries in the Marianas (1668-1769)” edited by Alexandre Coello de la Rosa.

The journal was first published in 2010 and aims to advance scholarship on the Asia-Pacific region.