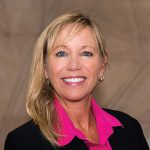 Herring has been involved in a variety of non-profits to include at board level. These include vice chairwoman of the Hotel Association of the Northern Mariana Islands and a board member of Make-A-Wish Guam & CNMI.

She holds a bachelor’s of arts from the University of California at Berkley and completed postgraduate work in hotel management from Cornell University. 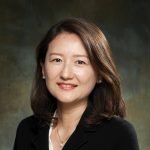 Julie Lee has been appointed director of finance and will oversee Automotive Finance and Insurance and Information Technology in addition to other departments.

She is vice president and treasurer of the Atkins Kroll board of directors and a 401(k) Planning Committee member. 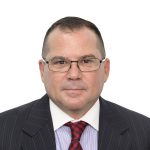 Lee is a 2006 graduate of Seattle University and a former auditor at Deloitte and Touche.

He was previously aftersales director from December 2017. He has more than 25 years of automotive dealership management experience. Formerly Lesh was the national aftersales director for Kenmore Ltd. in Papua New Guinea. He holds a bachelor’s in political science and business administration from Austin College in Sherman, Texas. 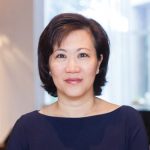 The Guam Contractors Association announced awardees of its annual Excellence in Construction and Contractor of the Year awards.

Black Construction Corp. was awarded the 2020 GCA Contractor of the Year for the company’s overall achievement in safety, environment, workforce development, and community service.

Also honored were Guam companies that were nationally recognized by the Associated Builders and Contractors in safety, quality, diversity and project excellence ranked by work hours, with special designations identified.

These companies are listed among the ABC’s 2019 200 Top Performers and are Hensel Phelps Construction, No. 7; Black Construction Corp., No. 56; and Landscape Management Inc., No. 107.

The overall local winner of Excellence in Construction competes at the national level during the Associated Builders and Contractors annual awards event. 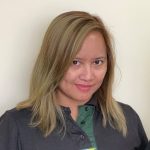 Jackie Ontimara has been appointed interim general manager of Subway Operations. She will directly oversee the restaurant operations of all Subway restaurants in Guam and Saipan. Ontimara previously was field consultant in the development office for the chain, and recently celebrated 20 years with Subway, where she began as a sandwich artist before progressing in various capacities. 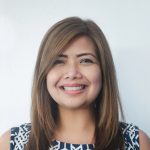 Rodalyn M.A. Gerardo has been appointed vice president for finance and administration at Guam Community College. She was formerly chief auditor for the Guam Memorial Hospital and formerly special assistant at the Office of Public Accountability. Gerardo also served as the chief auditor for the OPA from March 2009 through January 2015, when she was promoted to Special Assistant.

The University of Guam has announced incoming faculty and administrators. 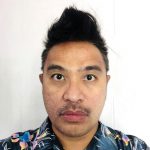 Tim C. Dela Cruz has joined UOG’s Cooperative Extension and Outreach unit in June as an extension agent III. Dela Cruz has more than 18 years of experience in nonprofit social services, education, and extension, most recently working as an assistant professor at Guam Community College and as adjunct faculty in the University of Guam’s social work program. He holds a bachelor’s in communication specializing in journalism and a master’s in Micronesian Studies, both from the University of Guam as well as a doctorate in human services specializing in social and community services from Capella University in Minneapolis, Minn. James Ji the School of Business and Public Administration in August as assistant professor of management. Ji is presently the general manager of J.J. Pacific Development Corp. and was formerly a teacher and a licensed realtor. He holds a bachelor’s in Asian-American studies from the University of California in Los Angeles and master’s in teaching and business administration from the University of Guam, and a doctorate in business administration from Argosy University in Honoolulu, Hawaii.

Anthony R. Camacho, attorney, became the university’s general counsel after having worked in an interim capacity in the role the past year. He also served as an adjunct history professor at the university. Camacho has also worked as an attorney for the Consolidated Commission on Utilities, the Guam Power Authority, and Guam Waterworks Authority as well as for the Law Office of Horecky & Associates. His juris doctorate is from Saint Louis University, Mo. and he also holds an associate’s in business, a bachelor’s in history, and a master’s in strategic studies. 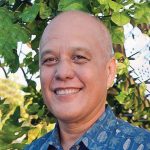 Glenn A. Leon Guerrero is the director of facilities management and services. He previously headed several government of Guam organizations, including the Election Commission, the Guam Economic Development Authority, the Port Authority of Guam, and most recently, the Guam Department of Public Works. He has also worked in numerous capacities within the private sector, including for ExxonMobil and Shell. He holds a bachelor’s in social work from Saint Louis University, Mo. and a master’s from the University of Hawaii. 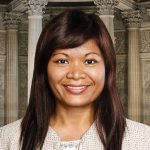 Pamela A. Peralta is acting director of contracts and grants within UOG’s Office of Research and Sponsored Programs. She was previously the associate network director for UOG/s Pacific Islands Small Business Development Center since 2015. Peralta also teaches part-time in UOG’s Professional Master of Business Administration program. She holds a bachelor’s in international relations from Mills College in Oakland, Calif., a master’s in business administration from the University of Phoenix in Honolulu, Hawaii, and a doctorate in organizational leadership from Argosy University in Honolulu. 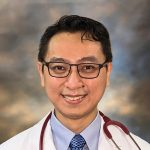 Dr. John Paul Rosales has joined FHP Health Center. He is a U.S. board-certified physician in internal medicine and nephrology.  Rosales worked at Tampa General Hospital and the Moffitt Cancer Center as part of the University of South Florida’s nephrology and hypertension group. He served as director of the Nephrology Fellowship Associate Program and medical director of Davita USF Dialysis group in Tampa, Fla. prior to his relocation to Guam.

Rosales graduated from University of Santo Tomas Faculty of Medicine and Surgery in Manila. His internal medicine residency was at St. Agnes Hospital, Baltimore, Md. and his nephrology fellowship was at the University of South Florida, Tampa, Fla.

He was Resident of the Year and a Compassionate Care awardee two years in a row during his fellowship. Rosales is a member of the American College of Physicians and the American Society of Nephrology. A Foreign Minister of Japan’s Commendation for fiscal 2020 was awarded to Poong-ja Toyoko Kang, professor of the Japanese language at the University of Guam.

The Foreign Minister’s Commendations are awarded to individuals and groups with outstanding achievements in international fields, in order to acknowledge their contributions to the promotion of friendship between Japan and other countries and areas. The commendations also aim to promote the understanding and support of the Japanese public for the activities of the recipients. 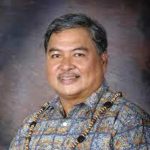 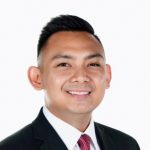 The Council of State Governments announced Artemio “Ricky” Hernandez, deputy executive manager of the A.B. Won Pat International Airport Authority, Guam is among its inaugural CSG 20 Under 40 Leadership Award recipients as one of 20 leaders on the list. 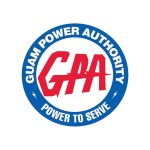 The Guam Power Authority is the recipient of the 2019 Association of Government Accountants Certificate of Excellence in Citizen-Centric Reporting. AGA’s CCR initiative is intended to simplify communication between governments and their citizens.

The Asian Football Confederation on Dec. 9 at its annual Congress held in Kuala Lumpur approved membership of the Northern Mariana Islands Football Association, welcoming the soccer organization as the 47th member.