Alexander Graham Bell would be at a loss for words. The CEO of one of Guam’s biggest telecom companies hasn’t owned a landline in more than 10 years, and he uses WhatsApp to chat with friends. His workday can begin any time between midnight and 5 a.m. — IT&E’s brief service window — and though he is on the clock 24/7, he spends very little time at his desk.

James Oehlerking entered the industry in its infancy, establishing the first communication lines across Southeast Asia and Guam more than three decades ago. Since the first brick-sized mobile devices, “The cell phone went from being a business and luxury item to the most popular consumer device in the world and is now a core part of people’s lives,” he says.

“I’ve gotten a lot of big projects over the years,” says the man who worked on installing communication networks following the fall of the Czech Republic in 1989 and in Baghdad following U.S. occupation. As senior director at Motorola Networks, he managed a $13 million budget, established seven Southeast Asian offices and grew revenue from $35 million to $400 million.

With the islands’ accelerating data and telecom demands, Oehlerking says, “Guam was an interesting opportunity.” While the Motorola veteran knew the small market would be competitive but isolated, he was drawn to the leadership position that would allow him to make decisions without the overhead bureaucracy and management of a larger company.

Upon arrival in Guam, Oehlerking had little time to settle in before paradise was stricken by a string of typhoons, knocking out power and damaging infrastructure across the islands. While Internet access is not quite as dire as running water or electricity, he noted users expect access to be as consistent as their utilities.

IT&E has upwards of 75,000 subscribers, and Oehlerking says they are getting more demanding in terms of service. “They are more used to sophisticated service and access. People expect to be able to make a call wherever they are, even if they are inside a concrete building,” he says, adding that this demand has driven the industry to find solutions, rather than excuses.

While the telecom industry also provides the vehicle for technological advancement, Oehlerking, a computer-engineering graduate from the University of Illinois, remains more focused in providing a positive experience for the end user, rather than the latest device.

What is Oehlerking’s go-to method for assessing customer satisfaction? Asking them.

“This is a responsive industry, so I ask everyone, even when I get my hair cut, I ask, ‘What phone do you use? Are you happy with it?’ The best sources to talk to are the customers,” says Oehlerking, who spends his days roaming IT&E’s many hallways.

His goals for 2016 include expanding network coverage and beefing up customer service. In line with these resolutions, IT&E has launched a cyber store to cut down in-store wait time and signed a five-year deal with Ericsson, a Swedish telecom company turning its attention toward improving the Internet of Things.

Although he leaves social media to his kids, Oehlerking says the best way to understand the needs of his clients is to use the same devices and applications as his clients.

To keep up with the latest industry developments, Oehlerking attends several conferences each year, including the annual convening of the Pacific Telecom Commission coming up in Honolulu. Looking forward, Oehlerking sees interesting times to come as wireless communication continues to evolve.

“Guam won’t just become some island out in the Pacific; we will be as tech savvy as other markets,” he says. Oehlerking says he believes that improved data networks don’t just make individual lives easier, but that “better communication is closely tied to economic development.” 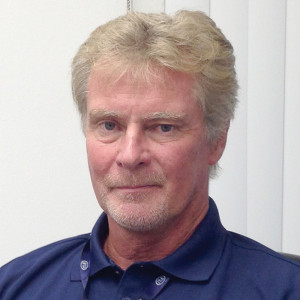