on November 4, 2019 | Leave a comment
Departments In the Spotlight

The categories and awardees were the following: 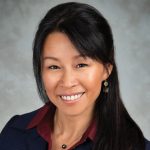 Ralbovsky chosen as finalist for CIO magazine award
Maggie Ralbovsky, managing director and senior consultant of Wilshire Associates, was nominated as a top ten finalist for Chief Investment Officer Magazine’s 2019 Knowledge Broker award. Ralbovsky’s clientele includes the Government of Guam Retirement Fund, which hired her in 2009. She is also a member of Wilshire Associates’ board of directors. CIO Magazine’s Knowledge Brokers list recognizes the world’s most influential investment consultants. 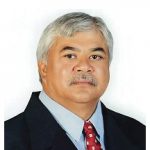 MPLT chairman receives accreditation
Martin B. Ada, chairman of the Marianas Public Land Trust, was accredited as an investment fiduciary analyst by the Center for Fiduciary Studies in September. The training program includes an exam, which is supervised by a proctor, and agreement to abide by the code of ethics and conduct standards.

GDOE teacher receives award from UOG
The University of Guam’s College of Natural and Applied Sciences Cooperative Extension & Outreach presented Lali Thundiyil, a teacher, the 2019 Friend of Extension award on Sept. 19 at the Dusit Thani Guam Resort. Thundiyil has been a Guam Department of Education science teacher at F.B. Leon Guerrero Middle School for more than 21 years. He also volunteers as a club advisor for the UOG 4-H Youth Development Program. 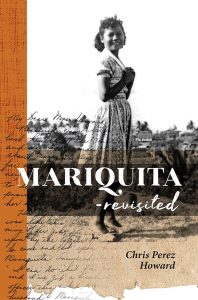 UOG releases revised novel about WWII experience
The University of Guam Press released a revised edition of Author Chris Perez Howard’s book “Mariquita – Revisited” at a book signing event on Sept. 25. The event was held at the University of Guam Richard F. Taitano Micronesian Area Research Center. The first edition, “Mariquita,” was published in 1982 and chronicles Howard’s mother’s life on Guam before, during and after World War II. The revised edition includes letters written by Howard’s parents and grandmother, as well as photos from his family’s collection and the UOG MARC.

His book is available for purchase at the UOG Triton Bookstore, Amazon and local bookstores. 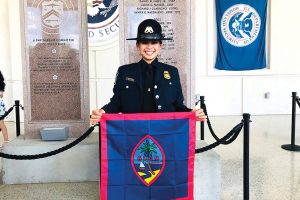 Kimberly Dela Cruz held a Guam flag in Glynco, Ga. on Aug. 22.
Photo courtesy of the University of Guam

Dela Cruz becomes border patrol officer
Kimberly Dela Cruz, a University of Guam alumna, graduated from the United States Customs & Border Protection Field Operations Academy in Glynco, Ga. after an 89-day program on Aug. 22. Dela Cruz was certified as a customs and border protection officer and accepted a job at the Antonio B. Won Pat International Airport Authority. She graduated from the University of Guam with a 2016 bachelor’s in criminal justice and a 2018 master’s in public administration. 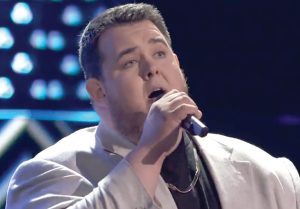 Photo courtesy of NBC’s The Voice

Quidachay impresses judges on TV singing show
Shane Quidachay, who has familial ties to Guam, won over four judges during his audition on the TV singing show “The Voice,” which premiered its 17th season on Sept 23. Quidachay sang Chris Stapleton’s version of Tennessee Whiskey and chose Kelly Clarkson, a singer, as his vocal coach for the competition. He currently lives in Sacramento, Calif. 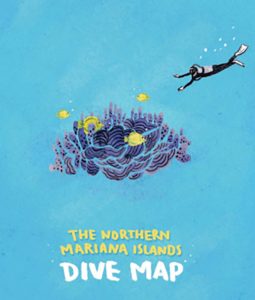 NMI featured in Korean version of dive app
The Marianas Visitors Authority released its Marianas Dive Map app in August, which shows popular and hidden dive spots in Saipan, Rota, Tinian and Aguiguan. The dive map app is the first to feature the Northern Mariana Islands in the Korean language. The app also provides additional features, such as:

Marianas Dive Map is available as a free download for Apple and Samsung device owners.