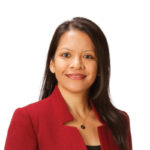 It’s no secret to business owners and workers throughout the island that Guam’s workers’ compensation system is in need of reform. The legislature first enacted the law to provide for workers’ compensation benefits in 1952. Since then, there have been several amendments, but nothing of utter significance to meet the changing times. A number of changes should be made to Guam’s Workers’ Compensation Law, the most glaring of which is an increase in the maximum temporary disability rate for injured workers.

Consider the following scenario: You’re a truck driver for a private company and you’re in charge of hauling construction materials to different sites on the island. While in the process of unloading your cargo, you feel a pop in your lower back and suddenly experience excruciating pain radiating down into your legs.

After you file a workers’ compensation claim with your employer, you’re sent to the doctor’s office for medical treatment. Your doctor gives you a prescription for pain medication and refers you to a physical therapist. He also indicates that you’re temporarily disabled and takes you out of work. After continuing to receive conservative treatment for the next eight to 10 weeks with no improvement, your doctor recommends surgery. If you agree to proceed with surgery, you’ll miss work for a few more weeks, if not months, depending on the type of surgery.

In the truck driver scenario described above, let’s say that you earned $15 per hour. This equates to an average weekly wage of $600 and a temporary disability rate of $400 per week. However, since the maximum temporary disability rate is $250, that’s all you’ll receive per week. Now imagine having to live on $250 per week for several months with all your same expenses. No matter how much you budget, that amount isn’t enough to cover rent or mortgage payments, utility bills, grocery bills, gas charges and the like.

Due to significant increases in the cost of living since the 1980s, we are long overdue for a change in the maximum temporary disability rate. In California, the maximum temporary disability rate is increased annually, and it currently stands at $1,172.57 per week. I’m not campaigning for the same rate to be implemented on island, especially since Guam has lower wage rates as compared to the mainland. However, the maximum rate must be increased to allow injured workers the ability to survive financially while seeking medical treatment and recovering from their injuries.

All too often, injured workers request that their doctors release them to return to work even though they haven’t fully recovered. This can result in work limitations, impacting their ability to perform their jobs. Also, they may be more susceptible to additional injuries that can lead to repeated absences from work.

By increasing the maximum temporary disability rate, injured workers can take the time necessary to recover from their injury instead of stressing over how to make ends meet and rushing back to work.

Employers will benefit by having the employee, who may be vital to the business’ success, back at work and performing at his or her fullest capability. The employers also avoid the time and money spent on recruiting, hiring and training a new person to cover that particular position.

The injured worker benefits because he or she will earn a normal paycheck, maintain a productive mindset and have a sense of security and stability.

The ultimate beneficiaries of an effective workers’ compensation system are supposed to be both the employers and workers who are injured on the job. Thus, it would make sense to update and amend the law governing temporary disability benefits that was enacted more than 20 years ago.