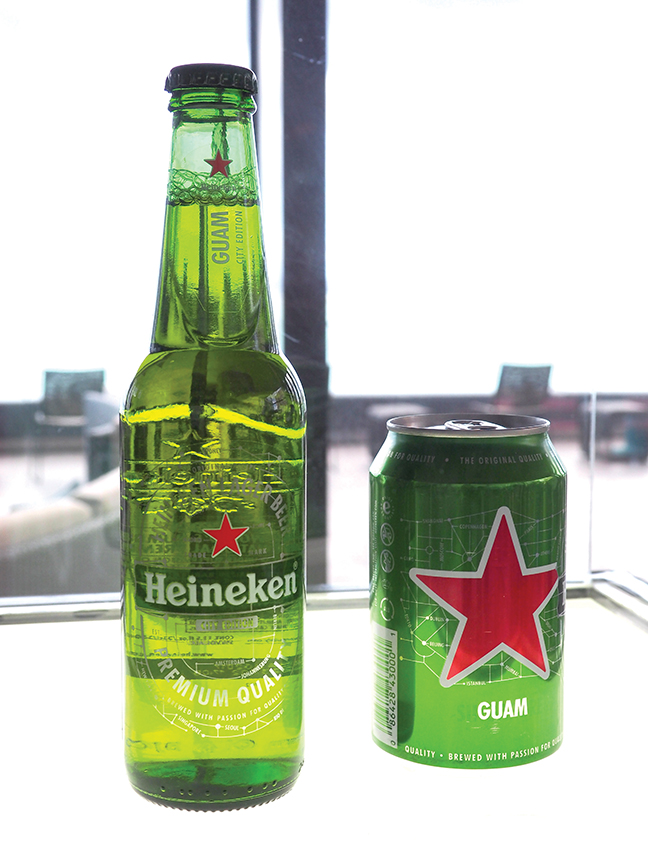 Island Wines & Spirits announced on Oct. 18 that for a limited time, Guam will be featured in Heineken’s “Cities of the World” bottle and can designs. This is the first time Guam will be part of the campaign. The specially-designed bottles and cans will be available in retail and food and beverage establishments in 100 countries. Other cities featured in the campaign are New York, Singapore, London, Colombo and Langkawi. The campaign is part of the Heineken’s efforts to show that it is a global brand that is also locally relevant.