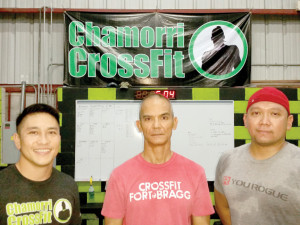 If the number of fitness centers that have sprung up over the past two years is any indication, fitness popularity on Guam is on the rise. Some offer tried-and-true conventions, some offer new fitness fads, and still others offer a bit of both. Whatever the case, the surge has provided not only a diverse selection of fitness activities, but ample business opportunities for fitness enthusiasts turned entrepreneurs.

One of the newest waves of wellbeing to wash up on Guam’s shores is the CrossFit craze. In less than two years, five licensed CrossFit gyms have opened on Guam. Although CrossFit has existed since 2000, Guam — characteristically on “island time” — is only now picking up the pace.

John A. Guerrero, co-owner of ChamorriCrossFit and a certified coach since 2009, says that, like all trends to hit the states, Guam falls behind a little, CrossFit being no exception.

“I think the market right now is saturated with CrossFit gyms with a lot of them opening up. It’s kind of like the jiu-jitsu scene. […] I think CrossFit is going that route,” he says.

The first CrossFit gym, or “box,” to open for civilians in Guam came ashore from San Diego with Ryan R.M. Claros. At San Diego University, Claros — now co-owner of Custom Fitness, which does business as CrossFitGofMetgot — earned his bachelor’s in kinesiology and his master’s in exercise physiology and went on to earn his doctorate in physical therapy. After more than 10 years stateside developing his breadth of training knowledge, he returned home to Guam to open the gym with his brother, Paul P.M. Claros, and business partners Steven S. Sablan and Samantha B. King Sablan in May 2013.

“We knew that our particular take on CrossFit would work,” Ryan Claros says. “The beauty of opening up our own facility is that we can customize it to our strengths as owners and coaches. […] So we basically took what we had and blended it with the CrossFit methodologies to produce excellent, periodized, efficient and safe programming.”

The gym’s owners have also filled a gap in the market as the only licensed CrossFit Kids affiliate on island, and they have also branched out their business to include physical therapy services, personal training, team training, corporate wellness and nutritional advice.

Since May 2013, five other gyms have followed suit: CrossFit Latte Stone in July 2013, CrossFitChamorri in March, CrossFit Unified in May and CrossFit Jumpstart last July.

The island’s largest CrossFit gym, ChamorriCrossFit, was birthed from armed service members with a passion for fitness and a love of CrossFit. Chamorri stemmed from a non-profit gym that was only accessible to those who served in the military. But seeing interest from the outside, the founders decided to open up another facility.

“We always wanted to open [a box] out in the civilian world,” says George Charfauros Jr., a member of the Guam Army National Guard, and one of Chamorri’s owners, who has been coaching CrossFit since 2010. “My partners and I had the military affiliate on base, but the only people who could access that were, of course, the military.”

In order to be certified and eligible to bear the CrossFit title, gym owners need to file an application and write an essay to the CrossFit program. Additionally, the applicant needs to hold a Level One certificate obtained from attending a two-day seminar conducted by CrossFit.

Charfauros and his business partners opted to undergo the process, believing the affiliation would bring legitimacy to their gym.

“It gives you validation,” he says. “Take McDonald’s. You can open a burger stand and advertise that you’re doing McDonald’s-like stuff, but you’re not actually McDonald’s until you get the name behind it.”

But alongside the CrossFit name comes a controversy: a seemingly endless debate over the safety and effectiveness of CrossFit. Especially over social media, CrossFit naysayers make themselves vocal. Though according to Guerrero, the debate arises when people misconceive CrossFit for what it really is.

“With the way technology is today, someone can upload a video of them doing 1,000 burpees with a weighted vest and call it CrossFit, when, in fact, it’s not really endorsed by CrossFit. So it’s easy to make that connection between CrossFit and danger, but I don’t think it’s substantiated. I think when you come to a legit CrossFit box, like any one of the gyms on island […], and you go through a class […] that myth starts to degrade,” he says. “People just need to give it a chance, actually see what it’s all about as opposed to just reading it on the blogs or on the Internet.”

Regardless of controversy, though, CrossFit still dominates much of the fitness talk on island. The high intensity it offers combined with its diversity of workouts creates an addicting challenge for even society’s most fit.

“I like the challenge that CrossFit brings. I like that it constantly varies functional movements at relative high intensity,” says Benjamin Guerrero, another Chamorri co-owner and member of the Air Force Reserve. “The workouts are never the same, and they can be scaled either up or down as needed. What we do plays a big part in day-to-day life.” 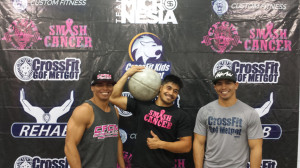 Opened in May, Unified is the newest CrossFit gym to open in Guam, though owner TopherBarretto says there is more to his gym than that.

“Although we love CrossFit and we believe in what CrossFit produces, we believe we are all different. We enjoy other types of fitness, which is why we offer our two additional proprietary classes, ‘Burn’ and ‘Release,’” he says. The Burn class is a high-intensity workout that doesn’t require heavy weightlifting, and the Release class focuses on techniques to release lactic acid buildup in the body and to increase mobility and flexibility.

Unified is a product of Barretto’s long-standing desire to start his own business. After working in the fitness industry and realizing Guam had a market he could cater to, Barretto traveled around the globe researching different countries’ fitness ideals so that he could better define what type of gym he wanted to open himself. Thus, the name for his gym was born. 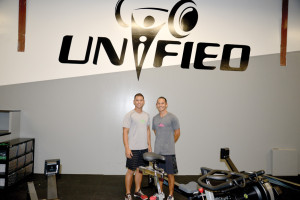 Brothers Caleb Barretto, left, head coach and vice president of operations, and TopherBarretto, president and principal, both with Unified Inc., a gym opened in May. Photo by Justin Green

“[This] is how the name ‘Unified’ came about — essentially unifying all the different aspects of fitness I believe are helpful and needed,” Barretto says.

For those who have already decided against CrossFit, or those who just want a little more convention in the way of gym equipment, the International Sports Center is one option. Owner Joseph Marchal, seventh-degree blackbelt in judo and former Olympian, wanted to bring a luxurious option of fitness to Guam, so he expanded on previously owned space Hagåtña and brought in state-of-the-art equipment, opening the gym’s doors in May 2011.

“It initially started up as a dojo,” says AurielleSusuico, general manager for International, “but after a while, [Marchal] wanted to bring in some more updated equipment, something a little more luxurious for Guam.”

“We have OCD employees, so everything is very clean here,” Susuico says.

The fitness complex even offers a juice bar and café in order to provide members with early morning energy or post-workout protein shakes. Open 24 hours Monday through Friday and 6 a.m. to 7 p.m. on Saturday and Sunday, International sees the business of those who work graveyard shifts including many firefighters.

International offers many different classes ranging from martial arts to suspension training. Additionally, International has partnered with several insurance companies, some fully covering membership costs and others reimbursing customers for when they come in and work out.

iFit is yet another venue to open on Guam this year. It advertises itself as everything but a gym.

“I want [iFit] to be the most dynamic fitness and athletic development center. I don’t want [it] to be called a gym,” says owner ShivraniDaryanani. Her desire for iFit was to provide customers the means to come in and do whatever fits the individual, hence the title “iFit.”

“There’s not one program out there that’s designed for everybody. Everybody’s going to have a different fit,” she says. Shivrani understands that some people are intimidated with the idea of gyms, so she wanted iFit to bear a different image. “We’re trying to explain to you that it’s really just about movement and your lifestyle […] taking your own hobbies and putting it into your daily lifestyle.” 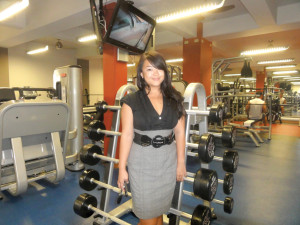 She wants iFit to be seen as a community center, a place where people can throw parties and fundraisers.

Opened in June, iFit was also created to be a catalyst for athletic growth among Guam’s young people.

“We saw a gap in the market as far as programs, like youth programs. I noticed that we come from a small island, but yet we have to send all of our players and all of our students off-island for training,” she says.

Being a volleyball standout during her high school years at Academy of Our Lady of Guam, Shivrani is well-acquaintedwith the struggle of progressing in sports with the limited resources on island.

“I played volleyball for Notre Dame in California, but I had to fly to Hawaii every year just to go to camps and clinics,” she says. “If you want to go out there and play, there’s no portal, or there’s no platform to help any of these students reach that.”

Opened in June, iFit has a 4,000-square-foot warehouse, which lends space for Countershot Kickboxing Academy. Photo courtesy of iFit

Shivrani says that she was able to receive a scholarship to Notre Dame as a result of her making videos of her skills and sending it to prospective schools; iFit will feature programs to help young athletes do the same. “I want to take what I’ve done for myself and implement it here,” she says.

Continuing with the emphasis on youth, Shivrani says iFit will also offer an educational program by name of iFit S.T.A.R.S., standing for “Students Together Actively Reaching Success.” The goal of this program, Shivrani says, is to offer alternate ways of learning for athletes.

“Besides just the physical side of iFit, we want to make sure we’re promoting education too,” she says. 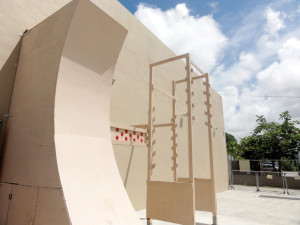 As the island grows to be more dynamic and innovative with its fitness venues, residents can expect to find their fit. And as a growing market, Guam’s fitness scene may even have room for more fitness facilities for those who can fill a certain niche.