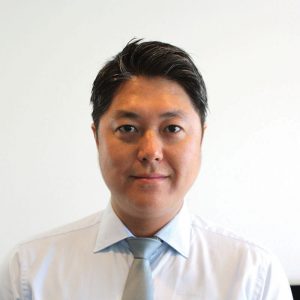 A second-generation Korean, Kim was born and raised on Guam and attended St. John’s School in Tamuning. After high school, he headed to the mainland where he spent two years studying engineering at Boston University. He then transferred to Carnegie Mellon University where he earned a bachelor’s in architecture and was one of the first graduates of Carnegie’s master’s program in architecture-engineering-construction management.

Kim says his master’s program focused on value-added design, which looks at the added economic impact an architectural design can bring to a community. “You can build a museum for $16 million, but how do you quantify the value of a design? … [The Guggenheim Museum Bilbao] put Bilbao on the map,” he says. Because of the museum, tourists have flocked to the Spanish city, creating the need for more hotels, restaurants, shops, etc. “You come up with a design that’s really unique… [and] it spurs an entire industry.”

After college Kim returned to Guam where he got a position with Taniguchi Ruth Makio Architects and was thrown right into the industry. One of Kim’s first projects with TRMA was renovating the interior lobby of the Pacific Island Club on Saipan. He was then assigned to the wedding chapel at the PIC Guam. “[The chapel] was a very hard project because, if you look at it, there’s no straight lines in that building,” Kim says. 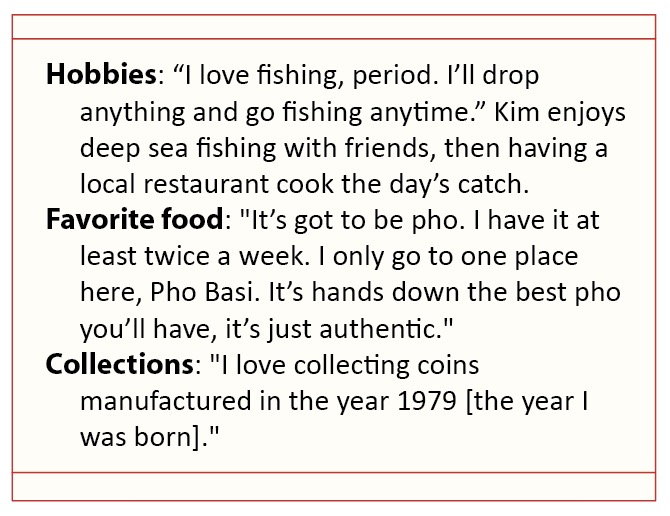 After two years with TRMA, Kim decided to heed the advice of one of his college professors to “travel as much as you can while you are young and you still can.” So, when the opportunity presented itself, he signed on with an architecture firm in Seoul. As one of the only Korean-American ex-pats working in his firm, he was assigned to many strategic projects. One such project was the Parc1 Tower designed by Lord Richard Rogers, the world-renowned British architect who designed the Pompidou Center in Paris.

The sub-prime mortgage crisis put a pause on the Parc1 project and talk of a military build-up on Guam brought Kim back to the island for a short time. When the build-up didn’t move forward, Kim turned back to Korea, this time landing a job with Samsung’s high-rise building team.

At Samsung, Kim was at the forefront of architecture and construction innovation. When he joined, the company was working on the construction of the Burj Khalifa in Dubai. “My teammates were cutting edge people,” Kim says.

As part of the marketing team, Kim travelled the world bidding on projects in places like Russia, Kuwait, Saudi Arabia, Malaysia and Singapore. In Russia he would help Samsung secure a bid for the Lakhta Center in St. Petersburg — presently, the tallest tower in Europe.

Though Kim enjoyed the adventure of working for a construction giant, after three years he decided it was time to settle down. He moved back to Guam and joined his father at Rex, where he manages large construction projects, including the new police department in Sinajana.

Though he’s back on Guam, Kim continues to think and act globally. He recently started Sui Generis — Latin for “one of a kind” — with the goal of bringing new construction methods to Guam. With the current H-2 visa shortage, Kim says it is time to change things up in the construction industry on the island. For him, that means turning to innovative construction concepts and focusing on local workers. One solution Kim has in mind is introducing Korean PosMAC rust-resistant steel and Steelite steel house-building systems to the island. This building technique would be new to Guam, where concrete is king, but is more cost-effective because it requires fewer laborers, less man hours and is eco-friendly, since the pre-fab materials have minimum waste and steel is recyclable.

Going back to his master’s program, Kim says, “Part of that value-added design is convincing everyone else you’ve got to take that risk to make this happen, because that’s what progress is, right? It’s taking risks and making changes … Guam is at this inflection point now where we have to do a paradigm shift in the construction and building industry, or else.”

Kim is also one of the founding members of the Guam Korean Chamber of Commerce whose aim is to strengthen the Korean business community on Guam. With more Koreans moving to Guam and the variety of opportunities for business partnerships with Korea, the time is ripe to incorporate new techniques to traditional island ways.