Why EB-1C is a better immigrant option than EB-5

on November 1, 2016 | Leave a comment
From the Experts Opinion 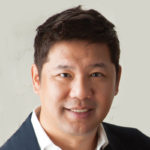 By now, the EB-5 program is not a foreign concept to the business communities in Guam and the Northern Mariana Islands. I speak to local developers, contractors, realtors and foreign investors weekly about the EB-5 program. In July, I even received an inquiry from a private school administrator wondering how to use EB-5 money to improve school infrastructure.

The EB-5 program is an immigrant investor visa program that grants permanent residency in the United States to applicants who have invested or are in the process of investing at least $1 million in a new business enterprise or $500,000 in a targeted employment area.

Investors, however, should consider other immigrant options before committing to the EB-5 program. One of these other options is EB-1C: an employment-based, first-preference immigrant category for multinational managers and executives.

EB-1C is based on the L visa concept, which requires the petitioner — the U.S. employer — to have a common ownership with an overseas employer and the beneficiary — the transferring employee — to have been employed by the overseas employer in a managerial or executive position outside the United States for at least one year in the three years prior to the transfer. EB-1C offers these multinational managers and executives a path to permanent residency of the United States after they are transferred to the petitioner as managers or executives.

EB-1C, if applicable, has significant advantages over EB-5.

Secondly, the number of immigrant visas, i.e. green cards, under EB-1C has always been current; therefore, there is no backlog and no unexpected delays. Conversely, EB-5 petitions for Chinese investors are backlogged for two years before the conditional immigrant visas are available. Essentially, using EB-1C instead of EB-5 can cut the waiting period for an unconditional green card by more than half of the time.

Thirdly, while the EB-5 program statutorily requires the investment of $1 million in a new business enterprise or $500,000 in a targeted employment area, EB-1C does not have such a statutory requirement as long as the petitioner is properly capitalized. Therefore, the proof of source of investment is much relaxed with EB-1C applications compared to EB-5 applications.

Finally, the EB-5 program sets specific requirements for job creation, which are often difficult to meet in Guam and the NMI. EB-1C does not have such requirements as long as the petitioner is able to show that the beneficiary is in either a managerial or executive position to manage the business.

EB-1C is not for everyone who wants to invest in the United States. However, before committing to the EB-5 program, investors should consult immigration attorneys for the possibility of setting up the business according to immigration laws and regulations to make it possible to apply for green cards under EB-1C in the future. n