University of Guam and economic growth 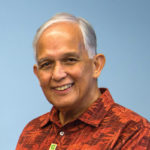 The most common theme about the role of higher education is to contrast its role in developing intellectuals for a community with the provision of prepared professionals ready to engage the world of work. Most people assume that this is a controversial point in universities. It isn’t.

This contrast seems especially irrelevant in a world where professional skills are almost out of date at the time diploma is awarded. Everybody puts down getting a degree in history or sociology because they don’t offer a direct professional nexus. On the other hand, every degree in computer science and business administration seems out of sync with the real professional world when recent graduates get a position. According to Forbes Magazine, employers think that good teamwork, decision-making, problem solving and communication skills are more important than technical skills in new hires. A good philosophy program can teach these attitudes and skills as easily as a professional degree. In fact, professional degrees are increasingly being assessed on critical and creative thinking measures.

In the 21st century, it is not just who you know or what you know, but do you know how to know more. It turns out that in higher education; the three c’s (criticality, creativity and curiosity) are the added value of a college degree. If they aren’t there, the technical skills just aren’t enough. The technical skills are going to change and they become obsolete quickly. If you have the three c’s, you not only adapt, you lead the adaptations.

The second and more important point is to understand the role of universities in promoting the economy beyond providing a professional workforce. Teaching students is only one dimension of a university mission. It also has research and engagement responsibilities. In this regard, universities can be partners with various sectors in society including health care, agriculture and information technology.

The world economy is going through a systemic transformation that fundamentally changes the model of development as well as the evaluation and use of fundamental resources. We have left behind the manufacturing economy and the service economy. The 21st century has ushered in the knowledge economy. The concept is not new, but it remains elusive and seems like a subject of interest for other places — but not for Guam or other remote and small societies.

That future is here. It is the conjunction of rapid technological change, the reliance on brain power to apprehend the changes, the application of entrepreneurial skills to examine economic possibilities and the support of government and society. The economic dominance of the manufacturing sector is disappearing worldwide except in underdeveloped parts of the world. The main driver of growth now becomes the capacity of the economy to produce and manage intellectual property. The key element of this new reality is universities. They should be the platform from which the knowledge economy takes off.

China, Japan, Australia and Germany get this. Some of America gets this. Unfortunately, much of America spends its time attacking universities for political reasons when political activities rarely consume 5% of the total activity of any university. While the rest of the world is supporting their universities in order to profit from the future, we spend too much time wondering why we should pay for universities. I wonder how many in Guam understand the possibilities of higher education beyond job training and fitting into the existing economy.

The 21st century economy facilitates the creation of integrated universities with an entrepreneurial ecosystem in which they are the co-providers of innovation. This means moving to a proactive model of generation of technology, talent and market services, in which universities become communities of partnerships which generate economic clusters. In fact, they begin to act as economic agents, large companies that know how to manage the results of intellectual activity and a good understanding of the functioning of new markets.

There is not much local understanding of these possibilities. It is disturbing to see the University of Guam consistently underfunded when surrounding nations in Asia invest in their universities as the first line of economic growth. There is no road to economic viability for Guam without a strong university that becomes a partner in economic growth and not just a provider of a professional workforce. This is a lesson not fully appreciated by the island’s political structure or the private sector. Until they learn the three c’s, the economic growth of our island will not be developed by our own intellectual capacity. It will continue to be dependent entirely on external forces or government entities and agencies responsible for economic growth.