Today’s outlook is on tomorrow 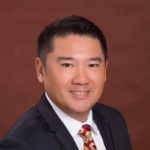 In the opinion of business group leaders on Guam, this year it is the long-term economic outlook that defines short-term trends and positions for businesses on island.

The year began as a volatile one for businesses in the region with the aftermath of a dip and change in tourism composition, news of the Public Auditor’s Performance Audit of the Department of Revenue and Taxation’s Gross Receipts Tax Exemptions, the 2018 National Defense Authorization Act and the Tax Cuts and Jobs Act of 2017 all weighing on Guam residents. The first few months brought the region news of deficits in not only workers, but also in education and medical accommodations — leading to multiple legislative decisions that called on regional businesses to come to the government’s aide. Various trips to Washington, D.C. by both government and business community leaders brought federal attention to the region, as did the The Guam Industry Forum as civilian and military contractors alike began to sense the urgency of a long-promised influx of government contracts coming to bid later this year. 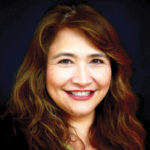 As businesses feel the immediate effect of tourism changes, military contract preparation and an increase in the business privilege tax from April 1, they look to a future of a new sales tax beginning Oct. 1 and a turnover of government representation in a November election — all of which has the ability to make or break the systems that are currently in place and the businesses that have succeeded or failed in them.

Guam Business Magazine reached out to leaders of the business community who work closely with a wide representation of business owners and managers in the region to hear their opinion on the position and outlook of both the short- and long-term for businesses in the region as we prepare for the second half of 2018. 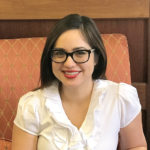 Q: What do you believe to be the short-term outlook/trends for business in the region?

Benson F.F. Au-Yeung, president, Soft Pacific Inc., which does business as Benz Sign Supplies and Paradise Awning and president, Chinese Chamber of Commerce of Guam: One of the short-term trends is the change of our tourism market. As the reports are coming in, the trend is that South Korea’s tourists will, if they haven’t already, surpass the Japanese market. I recently got a chance to travel to both countries and got a chance to talk to some of my friends from these countries. Of course, the Japanese market was greatly affected by the threat of North Korea, but at the same time, other destinations made themselves more attractive. But I learned that the South Koreans are very delighted to know that I am from Guam, and they added that they would love to visit Guam one day and go to the beaches. So, for the short term, our tourism will have a new look for a while.

Catherine C. Castro, president, Guam Chamber of Commerce: Because of the various efforts of our local government to increase taxes and fees to cover the projected shortfall in government revenues, businesses are on heightened alert. Everyone is watching to see

• if there is real political will within the government to move forward with additional cost saving measures (they absolutely need to do more than what has already been proposed). This includes personnel management, privatization of government services and/or outsourcing of government services to the private sector (billing, janitorial, maintenance, etc.); and

We are already seeing businesses review their budgets to implement cost savings measures to deal with impending increases.

Vanessa L. Williams, attorney at law, Law Office of Vanessa Williams P.C. and president, Guam Women’s Chamber of Commerce: The short-term outlook is that businesses are being cautious. Although federal tax reform will positively impact almost all businesses, we still don’t know the extent taxes will be raised at the local level in order to compensate for the fiscal shortfall and how this will impact consumer spending.

Issues regarding sexual harassment in the workplace will continue to trend upward as global movements empower more individuals to report inappropriate behavior.

Q: What do you believe to be the long-term outlook/trends for businesses in the region?

Au-Yeung: One of the long-term trends will be the addition of a new market resulted from the marine realignment. I’m sure that we have seen the effect on the businesses, especially down in the Tumon strip, when an aircraft carrier visits Guam for some [rest and recuperation]. So, imagine when 5,000 plus marines and dependents arrive and live on Guam — businesses will definitely get a boost. But even if your business is not in Tumon or retail related, I am confident that local businesses will shift in varied levels to cater the military projects and personnel in the next decade.

Castro: Although construction and additional services associated with the realignment of marines to Guam is projected to bring a boost to our island economy over the course of the next few years, another “wait and see” matter is the workforce concern regarding non-immigrant workers. Although there is some relief with the implementation of the NDAA provision regarding H-2B workers directly related with military construction, other infrastructure development as well as commercial projects may still have workforce shortage issues.

Williams: Long term, we are going to see a push towards more local industry. Whether motivated by the desire for the island to be more self-sustainable, or in the pursuit of a cultural renaissance, there will inevitably be a need for it. We cannot control the market forces that drive military spending and tourism, and there is still vast opportunity for Guam’s economic development.

Q: What do you think will/should be the top topics in relation to business that are discussed in the election later this year?

Au-Yeung: In this election, a lot needs to be heard about the plans to re-implement the H-2B visa again and more discussion on how to offset the new federal tax cut. The H-2B visa, if not implemented, will cause Guam’s economy to inflate to a point where Guamanian’s will no longer be able to afford housing. We already see some contractor’s labor cost reaching as high as triple from before. Also, recently, the announcement of a federal tax cut sent all our government leaders into a panic mode and they passed laws that ultimately affect everyone on Guam, especially the business sector. During this election, voters will pay close attention to any plans or creative ways to restore the economy and find a balance for everyone who calls Guam home.

Castro: The business community has been pressing for real dialogue with the government to address the various shortcomings outlined in the Public Auditor’s Performance Audit of the Department of Revenue and Taxation’s Gross Receipts Tax Exemptions released in December 2017. It was noted that the department’s administration of business privilege taxes has been extremely inefficient and there is no assurance that BPT revenues are being collected accurately and completely. These issues need to be addressed and resolved first before even considering any additional tax increase.

The government needs to seriously transition from the invisible business privilege tax to a visible sales tax, which clearly shows how much tax will be remitted to the government of Guam. Additionally, this tax will capture internet sales, which should garner a significant amount of income for our local government.

Williams: Because businesses pay the lion’s share of GovGuam’s revenues, the most critical election topics will be fiscal spending, efficiency and [return on investment].

Between fiscal 2005 and fiscal 2015, Guam’s public debt more than doubled from almost $1 billion to $2.5 billion. From fiscal 2008 to fiscal 2015, total outstanding public debt grew 13% on average per year, with a per capita rise from about $6,270 per person to $15,323 per person. Meanwhile, tax enforcement and collection remain unsatisfactory and we keep hearing the same reports of inefficiencies by local and federal government accountability offices.

I think we are reaching the tipping point of thinking beyond taxing just to save the short term. The business community is going to want to know how those running for office are going to change these same old songs of inefficiency and how they will prioritize our limited funds by getting us the best long-term “return” on our taxpayer “investment.”