The Philippines’ economy from my window 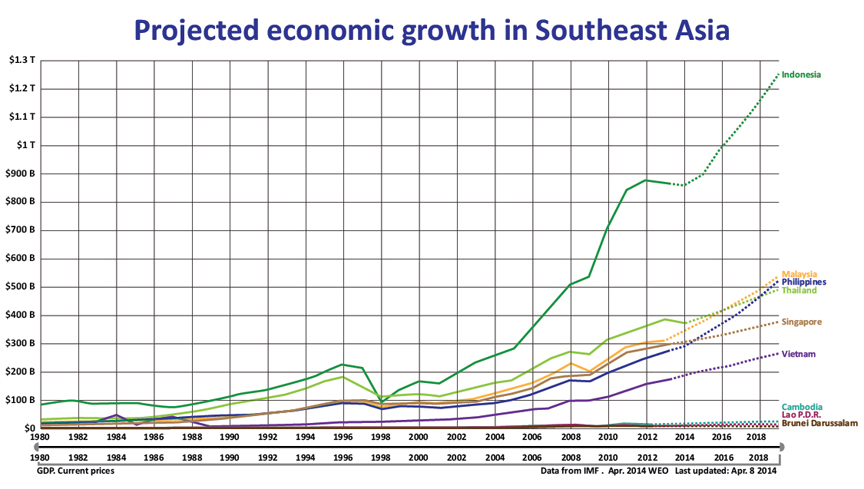 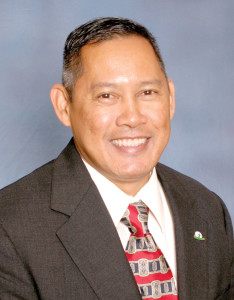 He opened the first Re/Max franchise in April 2012, which is affiliated with some of the largest developers in the Philippines including Ayala Land, Century and Double Dragon. He now travels monthly between Guam and the Philippines.

According to Bloomberg Business, the Philippines ranks number two in the top 20 fastest growing economies in the world for 2014. In addition, an official of the National Statistical Coordinating Board says that the Philippines economy soared to an annual high growth rate of 6.9% during the fourth quarter of 2014 that pushed last year’s gross domestic product to 6.1%. The number one fastest growing economy, of course, is China, which grew a whopping 7.4% in 2014. In comparison — and sadly — the United States only posted an annual growth rate of 2.4% for 2014.

Another chart, from skyscrapercity.com, an online community and Internet forum devoted to the interests of skyscrapers, civil engineering and urban planning, shows the rate at which the Philippines is projected to have the second biggest economy in Southeast Asia in seven years, second to Indonesia. It is interesting to note that Indonesia’s incline is quite steep.

Another interesting point from the statistical chart below, from my perspective, is that the potential for huge economic growth is exciting and highly probable. I can see it. I’ve also read numerous reports from credible news agencies that the Philippines could achieve placement in the top 20 economies of the world in a decade or so and will achieve economic status similar to nations such as the United States, Great Britain, Japan and Germany. What a terrific vision for our neighbors.

While writing this article, I received news on April 1 from Reuters that the International Monetary Fund slightly upgraded its forecast for the Philippines’ economic growth to 6.7% this year, up from 6.6%, due in part to higher state spending and strong private construction activity. The Philippines government expects growth of 7% to 8% this year — this after 6.1% expansion in 2014.

Let me take this opportunity to perform a simple mathematical exercise in investing using the 2014 GDP numbers from the Philippines and the United States.

Suppose you invested $100. If you had invested in the Philippines in 2014, your $100 would have grown to $106.10. If you had invested in the United States, it would have grown to only $102.40. The end result is a $3.70 difference. You can project an even bigger return on investment if your investment amount is larger. Plus, when you add on interest, annual percentage yields and capitalization, it’s huge.

There are many other factors to consider when it comes to investing, but the simple math shows that investing in the Philippines is a smart choice because that is what the numbers show.

I attended the 6th Business Opportunities Fair on March 25 and 26 at the Asian Development Bank headquarters in Manila. This annual event has become a one-stop forum for consultants, contractors, manufacturers and suppliers looking to provide goods and services for ADB projects.

ADB is a regional multi-lateral development bank with a multimillion dollar operations fund. ADB was established in 1966, is in partnership with 67 countries, has 42 client countries and has 28 offices worldwide.

ADB is a terrific, well-structured organization with a commendable mission: to eradicate poverty in Asia and the Pacific. It is such a noble cause and is much-needed for the Philippines and other Asian countries.

Frankly speaking, ADB is looking for more U.S. companies to partake of their various types of contracts for goods and services. ADB has a lot of possibilities and tremendous opportunities for our Guam companies.

Philippines real estate
According to the Philippines Daily Inquirer, “The Philippine real estate sector is expecting another robust year, with gains seen across the traditionally strong office and retail segments apart from emerging areas like casino gaming and hotels, the local unit of U.S.-based [CB Richard Ellis] group said.” In addition, “The outlook suggests robust growth in the property sector during the last full year of [President Benigno N. Aquino III]’s term, before businesses take a more cautious approach ahead of the election season in 2016.”

Month after month, I see the huge growth everywhere. Cranes saturate the skyline view, not only in metro Manila, but in cities located in other parts of the country, such as Davao, Cebu, Iloilo, Cavite and Pampanga (Clark).

Real estate sales are robust and will continue to increase year after year. The number one buyers of these condos are overseas Filipino workers. At this point, it seems Filipinos — or should I say Balikbayans? — are fueling the economic engine of the Philippines.

You can personally see what’s going on in the Philippines, by participating in the Guam Trade Mission to the Philippines, led by the governor of Guam, which will bring Guam government and business leaders to Manila to present, discuss, identify and prepare networking and partnering opportunities between Guam and the Philippines. This event will take place from June 17 to 21. The event organizers are:

Photo courtesy of Renie A. Llaneta 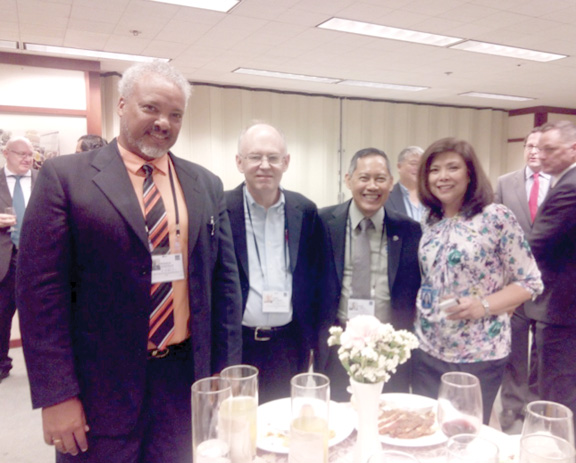