The Northern Mariana Islands workforce and its future prospects and challenges 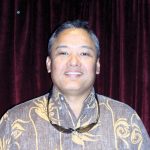 NMI civic organizations in the NMBAC include the NMI Economic Development Council, the Saipan Chamber of Commerce, the Hotel Association of the Northern Mariana Islands and the Society of Human Resource Management. The alliance, which hired lobbyists to assist it, was also backed financially by a number of corporations that do business in the NMI.

A group comprised of Gov. Ralph DLG. Torres; the NMI’s delegate to Congress, Gregorio “Kilili” Sablan; Chairwoman Lisa Murkowski’s Senate Energy and Natural Resources Committee; and The Office of the President also worked together and individually towards passage of the law in various ways. Support also came from bi-partisan members of Congress and other political and community leadership in the NMI.

Efforts to have the law passed were in response to the U.S. Consolidated Natural Resources Act of 2008. The foreign worker or CW-1 program created through that act allowed NMI employers to employ foreign workers who are ineligible to work in the territory under other nonimmigrant worker categories until 2014, extended to 2020, but with an annual worker cap that reduced to zero. The intent of phasing out the CW-1 program was to encourage the territory’s transition into the U.S. immigration system, as well as to bolster recruitment of U.S. workers in the NMI.

More than a year of leadership and work by Gov. Ralph DLG. Torres, many bipartisan members of the U.S. House and Senate, the CNMI Legislature, the NMBAC and many in the CNMI community led to the signing by President Donald J. Trump of House Resolution 5956 or The CNMI U.S. Workforce Act of 2018 into law.

The NMBAC extends its extreme gratitude to President Trump, Gov. Torres and members of the U.S. House and Senate for their stewardship of this extremely important legislation for the NMI.

Most importantly, it incentivizes the hiring of U.S. workers in the NMI by ensuring a U.S. Labor Department certification of employable individuals is strictly scrutinized. Wages would be addressed by an implementation of an annual study of the prevailing wage in the NMI and concurrently a U.S. Labor Department wage determination requirement for petitions of employment, are adjusted based on the latest mean average wage, in a given year.

Within days of the announcement of passage of the H.R. 5956 legislation, petitioners (business owners) were frantically preparing new sets of CW-1 documents to send back out to the California processing center.

The NMBAC is concerned that applications will not be adjudicated in a timely fashion as the fiscal 2018 deadline of Sept. 30 draws to a close.

If applications are received and petitioners receive a receipt from the CPC, then a rule which allows CW-1 beneficiaries (workers) to remain in the NMI for 240 days while their application is adjudicated will kick in. Again we wait in anticipation that this will all play out in our favor.

The NMBAC is recommending an immediate emergency regulatory change to push back the acceptance of fiscal 2019 applications to Nov. 30. This will allow the anticipated surge of 5,001 to 8,000 applications to be timelier adjudicated.

Business owners and CW-1 workers are eagerly awaiting the first applications to be approved. It is NMBAC’s hope that at least the fiscal 2018 CW-1 numbers are restored, if not near the 13,000 quota cap.

The importance of the CW-1 worker visa program could not be more underscored, as it was literally a waiting game anticipating the passage and there is clear indication the CNMI economy took a hit on many fronts. Tinian’s Alter City casino development pulled the plug due to worker shortages in construction and industry jobs. There are valid reports that repossessions and outright abandonment of vehicles impacted auto dealers and banking institutions by as many as 15 to 20 a month. There were news reports earlier this year that some investors, mostly speculators, and CW-1 workers chose to leave it all behind rather than deal with the continued uncertainty of worker visas — all a testament of what uncertainty does to a fragile island economy.

This worker balancing act that has transpired over the course of the last year has renewed a ground swell of public and private partnership in support of meaningful workforce development.

Many programs in hospitality certification, vocational trades and professional degree programs throughout our educational spectrum are ramping up to get our citizens into the workforce, further bolstering our economy. More and more out-of-the-box thinking has been initiated to get our local U.S. citizen populace out from their households into training, certification programs and placed into the workforce. Many institutions are providing administrative support in filing student applications and financial aid; in acquiring several buses to pick up vocational students from their homes; for night classes to accommodate students requiring that extra bit of time.

Only time will tell if it will be enough. We are all hopeful.

While the CNRA transitional provisions extended to 2029 and an increase in CW visas to 13,000 for fiscal 2019 was immediate, certain provisions of the law are delayed until 2020. During the implementation period of this law, Gov. Torres was asked by USCIS to submit regulatory recommendations to further streamline the process of adjudication of CW-1 Visas and is expected to do the same with the U.S. Department of Labor.

Recently the NMBAC met with Gov. Torres’ policy staff to recommend several regulatory and possible legislative changes that would alleviate possible delays and pitfalls in CW-1 permit processing during the extended transition period.

1)  It is anticipated that 85% to 90% of the CW-1 visa workforce is tied to the annual fiscal year renewal date of Sept. 30. Within the law and after their 24th month of continuous domicile, every beneficiary must apply for a new CW-1 visa application, touch back for 30 days to their country of origin and fulfill counselor interviews for their travel visas to return to the CNMI.

The implications are obviously great, as the CNMI economy cannot afford to have the majority of its workforce all departing on Sept. 30, 2021. We will need a legislative fix to allow a staggered touchback within the 12 – 24 months.

2)  To avoid the advent of a ghost (worker) beneficiary of a CW-1 permit, at the Secretary of the Department of Home Land Security’s discretion, he or she may revoke a permit for good cause “if the beneficiary of a CW-1 petition does not apply for admission to the CNMI by the date that is 10 days after the period of petition validity begins, if the employer requested counselor processing.”

The NMBAC will recommend the interpretation of petition validity to begin within the 10-day period from the date of an issued travel visa from counselor processing — or the outright delay in implementation of this provision — until a legislative fix can be achieved to extend the 10 to 30 days, as it can be challenging to obtain a timely counselor appointment.

The NMBAC looks forward to working on the successful implementation of our recommendations going forward, ensuring that the CNMI’s businesses have all the tools necessary to continue growing — providing much-needed jobs and revenue to the island community.