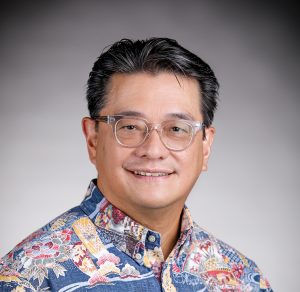 Edward G. Untalan is the 2021 Guam Business Magazine Executive of the Year

Edward G. Untalan, executive vice president and Guam-CNMI region manager of First Hawaiian Bank, has all the skills you would expect from a banker — he listens, he’s detail-oriented and he worries about the cents as much as the dollars.

But Untalan is also blessed with a sense of humor and that has stood him in personal good stead through life’s challenges.

Untalan graduated from Manhattan College in Riverdale, NY, after securing a 1984 bachelor’s in finance with a minor in economics and a 1986 master’s in business administration with a concentration in finance/investments and a minor in marketing.

Armed with those tools, he began looking for a job in New York.

Untalan told Guam Business Magazine in February 2019 that the financial hub of the U.S. wasn’t exactly welcoming to a young man from Guam seeking to launch a career. 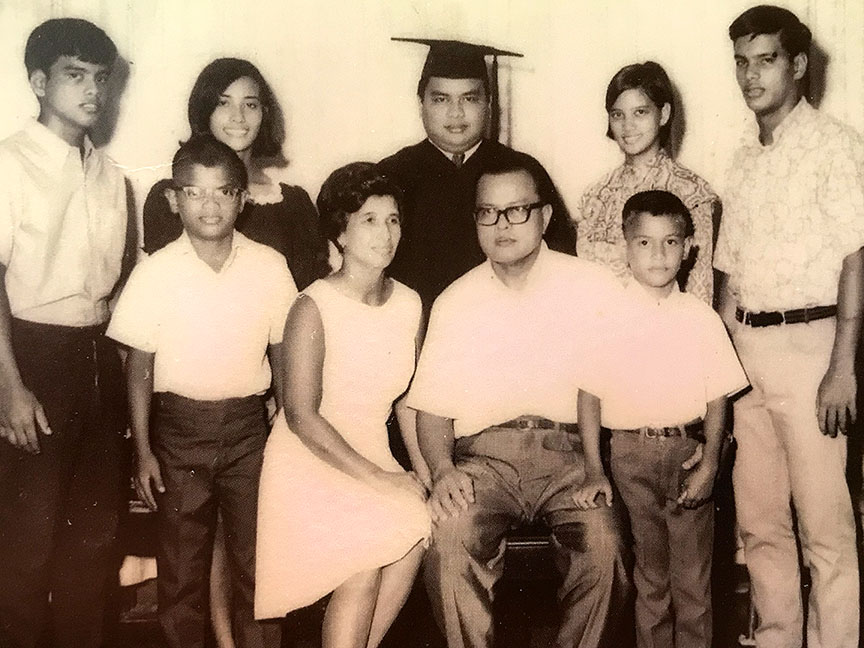 “I went, and I pounded the street walking into every investment firm and brokerage firm looking for a job,” he says. “I went so far as to offer them to work for one month for free. I said, ‘Put me in the mail room; put me anywhere.’ I just want to get my foot in the door and into the investment experience.” But it was not to be.

His father — the late Jose Leon Guerrero Untalan — told his son to bring his talents home, and that life move would turn out to be the island’s gain.

Returning to Guam began his interactions with one of the people that Untalan told Guam Business Magazine in 2019 would be the most influential in his career. “Just before [my father] passed, we were walking into the Agana Shopping Center and he said to me, ‘How do you like banking?’” Untalan says. “I said, ‘I like it, you know because it’s really prestigious.’ So he pauses and a minute later asks the same question again. This time, I said, ‘Well, because eventually one day I’ll be able to get paid well.’ Then, he asked me the third time, ‘Why do you like banking?’ I thought about it hard this time … ‘Because I like helping people. I believe in the banking industry I can help people who don’t have the ability to get things started in buying a home, starting a business, buying a new car, etc.’ And then he was convinced that banking was for me.”​​​

After rising to vice president and manager of the Bank of Guam’s San Francisco branch, Untalan made a significant career move into public service.

In November 1995 he was appointed public finance officer at the Guam Economic Development Authority, managing all municipal finance issues for the government.

He would stay with the agency until January 2004, when banking proved irresistible, and he was appointed assistant vice president and business banking officer with First Hawaiian Bank.

In 2006 Untalan began a series of promotions at FHB and also attended the Pacific Coast Banking School in 2008.  The promotions took him consistently upwards to senior vice president and Guam-CNMI region manager in June 2016 and in October 2021 to his promotion to executive vice president and Guam-CNMI region manager — the first to hold the executive vice president title for Guam and the Northern Mariana Islands at the bank — and the first Chamorro to hold the title.

The pandemic years brought not only business challenges, but COVID-19 struck Untalan personally in the fall of 2020 — before vaccinations and before wide treatments were available. Untalan isolated at home. “Nobody else in the household got COVID,” says Karen Duke Untalan, his wife.  “The first week was really hard — his fever was not going down.” Out of concern for his family, she says, “He kind of played it down — not wanting me to be afraid; not wanting to burden us.” Karen Untalan credits his doctor, she says.

Bill Bernardo, vice president and manager of cash management and merchant services at FHB said Untalan’s efforts in the Mariana Islands are evident. While the bank plans throughout its organization, Bernardo says, “The Guam region is one of the regions where we put together a strategic plan for our region.” The plan is not a static entity, Bernardo says. “I think they take note of that.”

As a colleague, Bernardo says while Untalan emphasizes milestones, “He’s very empowering.” He says Untalan’s attitude is, “‘I’m not going to detail out the path.’ He gives a lot of freedom in that area.” In addition, “He knows how to build teams and get the right people in the right places,” Bernardo says.

As a banker, Bernardo says Untalan has the right attitude. “We’re a relationship bank. Many of his approaches to many of the things with clients are, ‘What can we do to help?’ It’s more purpose-driven — but at the same time will help us grow.”

Untalan’s sense of humor is evident and a plus. Bernardo says. “Many times, he will approach a delicate situation with humor. The message still gets out.”

Karen Untalan says, “People are calling him for these leadership roles. … He has a way about him that lifts people up and motivates them.” Whether the requests are for business, social or the church, she says of the family, “We support him in his endeavors.”

Some characteristics of her husband do not change, she says. “He addresses everything with his sense of humor as well.”

Untalan plays the guitar and mandolin, and Karen Untalan says, “He’s a great singer.” Untalan plays in a bank with longtime school friends from Father Duenas Memorial School, reflected in the band’s name — 79 & Friends. “He sings in church too,” his wife says. The group play at community events, she says. “They’re a fundraising band.”

Untalan’s talent is spreading, Karen Untalan says. “His children have definitely been inspired by his gift. They’re all musically inclined as well. His oldest son is in a band as well.”