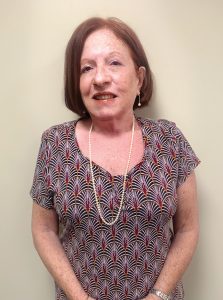 With a social life reduced to zero, I took time during the COVID-19 lockdown to focus on our backroom — the repository of our filing system, photo albums, shelves of books and miscellaneous material. The aim was to reduce and part with whatever we could.

Along the way, I pulled a file simply labeled “Lists.” It contains lists of companies and people — some of the pages dating back years.

This must be ripe for shredding, I thought.

That wasn’t the case. I was amazed and impressed at how many people on those lists are still active in the community and gave a silent cheer for remaining relevant to my generation — the baby boomers from ages 58 to 76.

But there is clearly upward pressure from the talented generations that follow us — which bodes well for the future of the islands.

Our team and an informal focus group narrowed down who we would invite to be in this first feature on younger businesspeople, Next Gen frontrunners.

Our 12 interviewees landed at the end of Generation Z and in the Millennial generation — from ages 25 to 34.

Census 2020 demographics on population tiers are expected (finally) in October for Guam, the Northern Mariana Islands, American Samoa and the Virgin Islands.

My thanks to the knowledgeable folks at the Guam Bureau of Statistics and Plans for helping me find the projections.

Managing Editor Oyaol Ngiriarikl and I interviewed the Next Gen frontrunners ourselves and put the question topics together. Whatever generation you are, you can see if the answers match your expectations.

As a group our 12 interviewees touched on the prowess of their group (or themselves) electronically in using the internet and the social media that have become so much a part of all our lives.

So, it’s appropriate that our other story brings you news of our telecom providers for the region — the businesses that provide the connection between our devices and the electronic world. The importance of those businesses in our lives rose during the pandemic to the level where they can aptly be described as a utility as important as any other. Fortunately for us it’s a competitive business environment.

Before you read on, here is a quote that applies to this issue of Guam Business Magazine, attributed to Jeff Bezos, the ex-CEO of Amazon.