The future of the Compiler’s Office 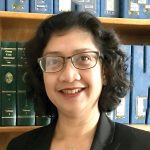 There people once relied on telegrams, they now turn to instant messaging. The dramatic advances in technology will continue to change how we live. This is especially true for the Compiler’s Office, where publication of Guam’s laws has evolved from printing hardcover books to publishing electronically using the internet.

Guam is arguably at the technological forefront in this regard, as one of few U.S. jurisdictions that publishes its Supreme Court appellate opinions exclusively online. As mentioned in previous articles of this series, the Compiler’s Office publishes the decisions and orders of Guam’s courts, statutory code known as the Guam Code Annotated and other primary legal resources on the Compiler’s and the Judiciary of Guam website.

Exclusively electronic publication has the advantage of saving both time and money. The workflow relies on existing employees: the Compiler’s Office personnel, who transmit the documents to Judiciary’s MIS department and then upload them to the Compiler and Judiciary websites. The entire process can be executed quickly and at a fraction of the cost to print books.

Certainly, there are disadvantages to electronic publication. The convenience of online access means that users must have a laptop, smartphone or a mobile device, as well as a connection to the Internet and familiarity with online searching. This is not the case for many people who need to read the law. Further, growing fears regarding online security are a concern for some, who may question the risk of online breaches that change the documents or prevent access all together. Finally, never-ending upgrades and improvement to current technology may eventually render the current form of PDF publication obsolete.

Despite these drawbacks, there are no plans to revert to print publication. Many “regular” users of Guam law, whether legal professionals or government officials, prefer the convenience and immediacy of online publication. The Compiler’s Office has been exploring methods of securing documents to withstand breaches by hackers and the changes brought on by time itself.

There is an inherent irony when discussing the future of the Compiler’s Office, because an important goal of the office focuses on the past — specifically, the historical legal resources of Guam.

The Compiler’s Office has been aggressively digitizing Guam’s historic legal resources, to ensure that these documents are preserved and accessible. Older printed publications face a high risk degradation, given Guam’s humid climate, potential for water damage from typhoons and storms and, unfortunately, the ignorance about the significance of these books.

To this end, the Compiler’s Office has created digital versions of many historic legal resources, from the public laws enacted by the Guam Congress soon after the passage of the Organic Act of Guam in 1950 to the most recent enactments of the sitting 34th Guam Legislature. By working in partnership with the Guam Law Library, different types of historical material are readily available on the library’s six computer terminals and are free to use not just by legal professionals and students, but by any person interested in learning about Guam’s history.

Some of these publications may not be well known but are significant to Guam’s history and political development. For example, in 1936, Naval Governor George Alexander published a document known as “Civil Regulations with the Force and Effect of Law in Guam.” This publication describes the bicameral Guam Congress, which had consisted of the Council and Assembly who were essentially powerless, as they received no compensation, could only offer recommendations and could be dismissed by the Naval Governor for cause.

Guam’s legal history reveals that the quest for self-government is far from new. The entire proceedings of both of Guam’s failed constitutional conventions have been digitized and are available at the Guam Law Library. The First Constitutional Convention, held from 1969 to 1970, even includes short biographies and photos of the convention delegates, among them Convention President Antonio M. Palomo, former Sen. Frank G. Lujan and former Gov. Joseph F. Ada (then only 26 years old). These digital resources are presently only available on-site at the Guam Law Library, but members of the public are welcome to use the library. There are six computer terminals available for legal research.

The future of the Compiler’s Office and Guam’s primary legal sources lies in capitalizing on technological advances and continuing to develop useful features on the Compiler’s website. The focus must be on providing reliable and secure access to current laws, while preserving the historical resources and preserving our legal heritage.

— This is the third in a three-part series.