The effort behind taking a Guam team away for international competitions 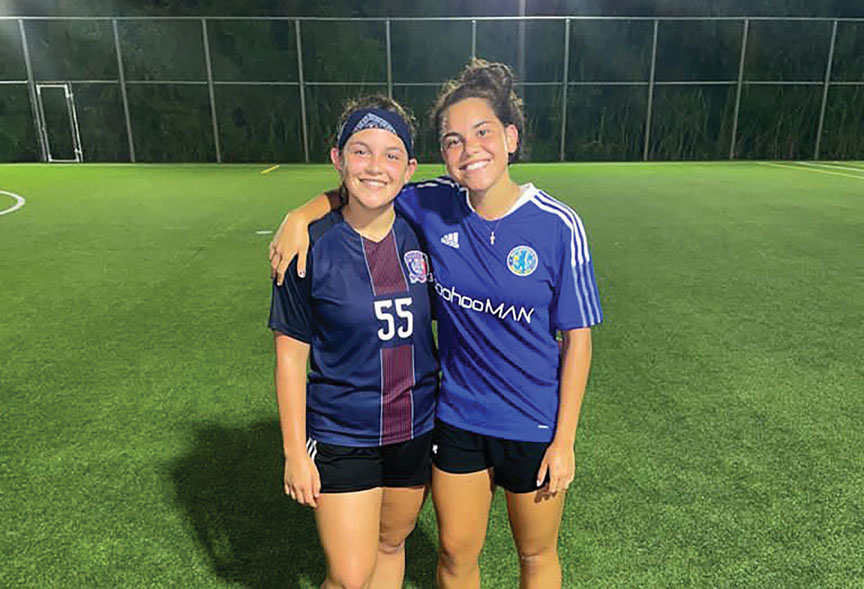 While most noted preparation for the team includes fitness and tactical training on the pitch with coaches, behind-the-scenes preparation also includes organizing air travel and adhering to visa requirements, managing various restrictions in the current COVID19 environment in Guam and abroad, managing equipment and kits for players and staff, organizing a media plan, and other logistical requirements communicated to the Local Organizing Committee in Kyrgyz Republic. Once all this is done before departure, management of about 30 individuals — normally 23 players and about eight or more staff, with a handful traveling from different airports across the globe en route to the competition venue – is another level of preparation.

As Guam Football Association regularly sends its national teams abroad to compete and normal procedures are in place for team travel, the level of professionalism has increased over the years. Checklists and contingency plans are more detailed and constantly updated based on previous experiences. A high amount of energy and attention to detail are required from both the team at GFA, as well as the national team competing on the pitch. Many times, issues need to be solved at odd hours of the day, depending on the time zone of the competition venue.

Not many get to experience firsthand the amount of work required to support national teams traveling to competitions, but those who do genuinely are astonished. GFA Executive Committee Member Duane Pahl recently traveled with the Masakåda as Head of Delegation for the first time and has expressed his amazement of the team, the team’s staff, and preparations made to support the team, as well as solutions generated by the team staff for challenges experienced along the way.

Almost every day while in Bishkek, Pahl updated GFA executives on the progress of the team and any incidents. He also met with Kyrgyz Republic executives, as well as representatives of the Asian Football Confederation at the tournament. From all the pre-match activities and meetings with Match Commissioners, he had received many favorable comments about the team and its organization. One such comment was that Guam had one of the more organized teams in the tournament when it came to meeting requirements set by AFC and also promptness in adhering to requests by officials. At the stadium and official events, he sat among VIPs and enthusiastically spoke about Guam, its culture and its traditions, to those with him.

During the competition, FIFA featured the Masakåda on its Web site and shared GFA’s social media posts about the team, which attracted many international football fans. Players and staff made connections with other teams and some had formed friendships that have extended beyond the tournament dates.

The team also was the first to utilize GFA’s Spiideo AI technology camera outside of Guam, which allowed for review of team training sessions in real time with coaches based in Guam, as well as Guam’s players in Kyrgyz Republic during team meetings.

By the end of the trip, Pahl was so enamored by his experience with the team that he addressed the team as a group to pledge his support among GFA executives to provide even more opportunities for women and girls in Guam at the international level.

The Guam-based team and staff returned to the island Oct. 27, and while they return to regular day-to-day operations at GFA, normal practice includes the submission of reports regarding overall organization and challenges experienced, daily medical logs of players from the team’s medical staff, technical reports, and financial reports among others. These reports will be reviewed by GFA management and used to address any issues and to also find solutions to further streamline operations for future competitions. The cycle repeats with every international tournament or arranged international matches.

Guam’s international competitions calendar for 2021 concluded with the Masakåda in the AFC Women’s Asian Cup India 2022 Qualifiers and the new 2022-2023 competitions calendar is beginning to fill up with regional and continental tournaments and matches for youth and senior level National Teams.

GFA celebrated its 25th year as a full FIFA Member Association this year and through the support of the world’s largest sports organization, as well as AFC and EAFF, GFA continues to provide the local community with immeasurable opportunities both on and off the pitch, making it one of the top sports organizations in Guam. – Marvin Iseke is the general secretary of the Guam Football Association. Guam Business Magazine is among 2021 sponsors of the GFA.