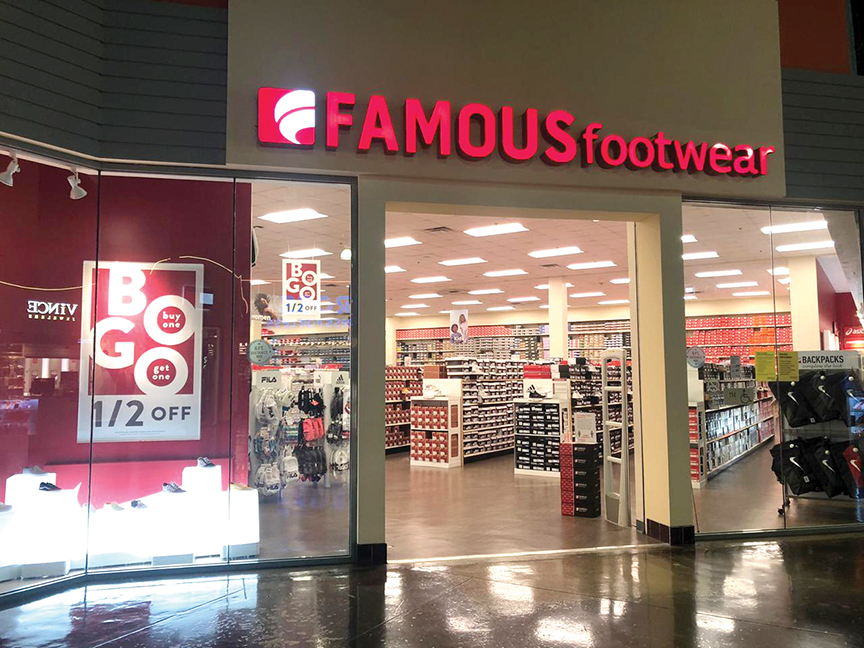 Taylor K. Pier has been working in the retail industry for almost 13 years. Pier was born and raised in Guam and previously was the store manager for another shoe retail store before its closure last year. She began working for Famous Footwear at the Guam Premier Outlets as an associate manager and was promoted to sales manager in November 2019.

Famous Footwear, a subsidiary of Caleres Inc., has been in business for more than 20 years. Each store offers footwear for women, men and children at more than 900 locations across the U.S. and Canada, as well as online.

How did your career in the retail industry begin?
Pier: I actually was at the University of Guam for a little bit. I stopped going and I got pregnant with my son, so I ended up going into the workforce and actually Payless ShoeSource was where I first started back in 2007. I was there for 12 years all the way up until its closure. I started off part time and I moved up and then I ended as the store manager. When I first came into it — the job market’s not always easy — it just became ‘I need to get something now. You know, if I really need to, I’ll look later, but I do need to try to bring something in at the moment.’ But I just ended up liking it so much. So, there was no reason to really go outside and keep looking at that time.

What do you enjoy most about your job?
Pier: What I enjoy most is the people that I work with; not just your coworkers, but all the different types of customers you come across on a daily basis. Especially being here on Guam, we’re such a melting pot so you meet so many different types of people, different characters. People like our tourists as well. So, no day’s really the same because you’re going to meet so many different people.

Which brands and styles are popular for customers?
Pier: Of course, Nike, Adidas [and] Skechers are huge here. Minnetonka — that’s another brand that does very well here as well. Anything really like athletic styles and then of course casual sandals; those are the types of things that most of our customers look for.

Do you think the fact that Famous Footwear is a retail chain helps set it apart from other stores in Guam?
Pier: But funny enough … some customers don’t even realize Famous [Footwear] is a chain.  Some of our locals — they ask, ‘Oh, if I go to the States, are you there?’ I’d be like, ‘yeah we have thousands of stores.’ But I think what attracts our locals to our store more is the brands that they’re looking for. They know we carry them; they know we carry Skechers — all those staple brands that they’re used to.

How many employees are there at the GPO location?
Pier: Before the [temporary] closure, we had a little over 20. Now we’re starting to build back our team, slowly but surely, so we’re currently around 10 employees.

Do you believe there is a difference between retail in Guam and in the mainland U.S.?
Pier: It’s gonna be very similar as far as how the store looks, what the customer service program looks like, pricing and whatnot. I think the main difference will really just be what kind of styles there are, because of course you have to adjust that to your customer base for the specific location that you’re in. So first, there’s things that we’ll see that maybe our stateside teams may not see and vice versa. I think that’s the main difference is maybe just the style sets, but for the most part you’re gonna see the same kinds of things. You’re gonna get the same customer experience across the chain.

Is there anything else you would like readers to know about you or Famous Footwear?
Pier: As a company, we just wanna reach out to more customers and bring them into our doors and show them what Famous [Footwear] is all about and that customer connection.