The consensus among those within Guam’s shipping and transportation industry is that things are chugging along. Described as somewhat flat to slightly growing, both the industry and the economy itself — which on Guam are intimately linked — are healthy. 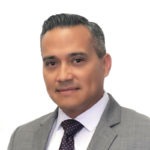 “When the economy is doing well, the shipping industry flourishes,” Hermosa says. “We were looking at 2017 as far as tourism and we had some record high numbers. Obviously the demographics have changed a little bit, but we still saw an uptick in tourism. Also, it’s very promising to see a lot of the [military buildup] projects actually start to roll out.” 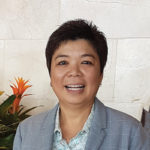 The military buildup, with both its promise of economic growth and its history of frequent changes and false starts, looms large over the shipping industry as it does almost every other aspect of life on Guam. After the final Record of Decision was signed in 2015, the process of awarding contracts was finally able to begin.

“In terms of volume, the overall market has been generally flat within the last three years. Construction moves the needle in this industry,” Bernadette Valencia, vice president and general manager of Guam and Micronesia for Matson Navigation Co. says. “With the military relocation program slated for the next five years, Guam should begin to see a lot of movement of construction materials and equipment.” 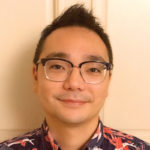 Patrick H. Sherman, general manager at Triple B Forwarders, says that historically in Guam’s economy, big booms like the one in the 1990s have always been tied to construction. Although the demand from segments like retail will always be the bread and butter of the economy, big economic increases, especially for shipping, come from construction and the demand for building materials and other related items. Sherman says Palau is seeing its own construction boom, which helps Guam as well.

“I think the Palauan government and the business people there have been really quite savvy in investing for long-term growth and they’re seeing it now,” Sherman says. “That’s also good for Guam because we can tap into the strength of our partners in the neighboring islands and because a lot of those Palauan businesses look to distributors and businesses here in Guam to source materials.” 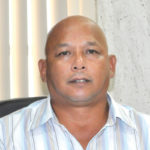 Sherman says Palau’s construction boom is part of a larger uptick in shipping activity to neighboring islands that include Saipan and the Federated States of Micronesia. Yap in particular has seen an increase in freight as it prepares to host the 23rd Micronesian Games in July.

“It’s good for Guam because we get to do some exporting as well,” he says.

No matter how much demand there may be, however, a shipping industry is only as good as its port. Felix Pangelinan, deputy general manager of operations at the Port Authority of Guam, says that thanks to a $50 million grant from the Department of Defense, the Guam Port Authority was able to invest in its upland capability, which means it has expanded its container yard, its break bulk yard and has purchased new equipment such as forklifts of various sizes. It has also begun the process of replacing an obsolete gantry crane to bring the number of working gantries from three back up to four. 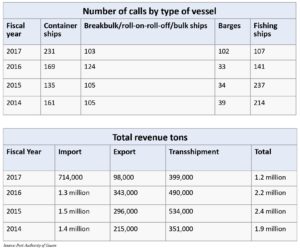 In spite of these improvements, Pangelinan says the port does have critical issues it needs to address. Much of Guam’s port was built in 1969, and at more than 50 years old, its age has started to catch up with it. In order to keep the port — and Guam’s economy — running smoothly, the Guam Port Authority has embarked on a mission to refurbish its most critical facilities.

“The Port Authority has hundreds of projects that need to be completed, but between port management and the board of directors we’ve narrowed it down to six major projects that we consider critical to the future of the island,” Pangelinan says. “Right now the Port Authority manager, deputy general manager and a bond team are in California getting our bonds rated and we’re hoping to go to market in June.” 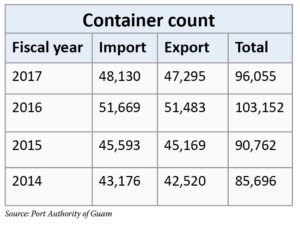 The six projects the port will focus on are Hotel Wharf, Golf Pier, the Port Authority main water line, two warehouses and a new administration building.

Hotel Wharf, which is the old Navy ammunition wharf, was built in 1948 and is critical because it serves as an alternate area to service ships. Pangelinan says it has deteriorated significantly and so the Port Authority was able to acquire a $10 million grant from the U.S. Department of Transportation which the Port matched with $14 million of its own funds.

Golf Pier and its dolphins — dolphins are free-standing structures that have various uses such as berthing and mooring vessels — have shifted their positions due largely to earthquakes. There is also spalling on the pilings that hold the dock up, the two warehouses and the administrative building. The entire Port Authority water line needs to be replaced as well. After building a new administrative building, the Port Authority plans to tear down the current building and expand the yard so it can park all the new equipment it has purchased.

Pangelinan says that to get approval to fund the projects, the Port Authority spent $500,000 of its own money to get an environmental assessment and design work done. Once the board of directors gave their approval to go to market to sell bonds, they had to get approval from the Guam Public Utilities Commission as well as the Guam legislature. Although the Port originally sought to sell $80 million in bonds, the legislature authorized $72 million at a 6.7% interest rate.

“We’re hoping to have the money in our accounts by July so we can start putting out our projects by August,” Pangelinan says.

“Data in the rest of the world is a pretty big thing. If you look up any country or any port they tend to have a section for data,” Sherman says. “What’s really coming in, what’s really going out, what’s our main export, where are we exporting the most, what’s coming in and where from? We tend to lag behind other places as far as data. There’s a lot of data for Guam that’s not readily available.”

Sherman says he also believes mobile technology’s ability to increase speed and efficiency and track shipments in real-time has changed expectations for customers.

“People want to know, ‘Where’s my stuff?’ and they want to be able to find out at any time,” he says.

Shipping and transportation will always be critical to a place like Guam, which lacks major industrial capacity and is far from the world’s major production centers. Although no one can know the future with any certainty, Pangelinan is one of the optimists.

“I think it’s better than before,” Pangelinan says. “Guam continues to grow, and everything around it, from the military to tourism, is growing. So that means the port grows with it.”

From Matson building four new ships to APL investing in blockchain technology, Guam’s major carriers are taking a cue from the island’s growth trend and investing in its future.

Whatever the future may bring, Sherman believes the key to success in Guam’s shipping industry is commitment to the island.

“I think the businesses that do well on Guam are the ones that think long-term, rather than the short-term, ‘I’m just going to come in, make all my money and get out’ companies,” Sherman says. “That usually doesn’t work out well for most people. Guam’s a long-term market. You’ve got to be here for the long-haul.”