State of the Island Address 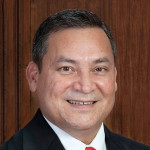 Following are outtakes from the 2016 State of the Island Address delivered by Gov. Edward B. Calvo on March 31 at the Guam Museum in Hagåtña.

LFollowing are outtakes from the 2016 State of the Island Address delivered by Gov. Edward B. Calvo on March 31 at the Guam Museum in Hagåtña.

ook at how beautiful this city has become. This museum will be open in a few months. Paseo renovations are underway. I can’t wait to deliver next year’s address in the Guam Congress Building next door. And I have to tell you, as a son of Hagåtña, a resident of Agana Heights and a worker in the capital, I’m so happy that some of the best restaurants opened up shop here. We welcome even more business. We welcome artists, performances, tours and the return of the government of Guam to the seat of government.

We have even bigger plans for this place. I received the Hagåtña Master Plan for consideration. And in it, this city really looks like the Paris of the Pacific.” …

“Today the state of our island is growing confident.

It’s time we confronted the fact that, for nearly 400 years, the state of the island has also been colonial. It is the unchanged and unrepentant shadow cast upon our unshackled destiny.

Confidence may be the one trigger that can change our colonial state once and for all.

Evidence of our collective confidence abounds.

More businesses expanded or opened shop the past year. That probably explains the additional 900 jobs and growing paychecks.

More people earning more money meant that the poverty growth rate would slow. It didn’t just slow. It reversed. In 2015, we recorded the first reduction in [Supplemental Nutrition Assistance Program] utilization in 10 years. The homeless count also went down, while more families moved into homes.

This improvement in the economic stability of so many on the fringes — seen just five years ago as unrealistic — is the result of your hard work and every pat on the back that you gave your neighbor to succeed.” …

“These are my initiatives to improve the state of the island in the short term:

First, we’re going to put more families in affordable homes in two ways. One, we’ve brought a developer who will build beautiful, family-sized homes for below $100,000 on Chamorro Land Trust lots. We’re going to infuse Guam Housing Corp. with the money to issue more mortgages for families who the banks deny. In order to do this, I will introduce a bill that assesses a fee on major real estate transactions … and I’ll be speaking with Sen. [Tina R. Muna Barnes] over the next few days to get this done.

Second, we’re going to market and promote the technology, cultivation and consumption of locally manufactured products, starting with agriculture.

Third, we’re going to push even more resources into our wellness and health outreach programs and into the facilities we need to encourage fitness. Those programs are working. They are convincing more residents to exercise and eat better, to stop smoking, stop drinking and to stay off drugs. We’re going to match this vigor with more sidewalks, bike paths, rehabilitated parks, sports fields and facilities in the villages, a new fishing platform, the new farmers’ market and the renovation of the Paseo Stadium.

Fourth, senators, I want to work with you to figure out the ways and means to build more athletic facilities and to pave more village streets. I’d also like to see how we can further support Dr. Judy Flores’s plans for Inarajan.

“We are now on the fourth year of paying tax refunds on time, without borrowing a cent. By the end of April, we’re set to release another $40 million in refunds. That will cover the next 13,000 refund checks.

You haven’t heard of a payless payday in the executive agencies or the cutting of hours or the trimming of services. As a matter of fact, we’re providing more services. Thank you, GovGuam employees.” …

“Tourists are waiting three hours in line at U.S. Immigration at the airport. We have brought this issue up to the federal folks on the ground here and their bosses in San Francisco. Nothing has changed. We even offered to pay for more officers to get the lines going. Still, nothing. And then they surprise us with the sudden drop of visas for skilled workers. This action will cripple our construction and medical industries, among others. Margaret Metcalfe will be knocking down some doors in Washington over the next few days. And I’m going to call the secretary of Homeland Security and reason with him. The federal government is strangling us everywhere. Now, their actions are affecting our number one industry. It is unacceptable, and, more importantly, it’s damaging to Guam.” …