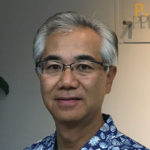 Mitsuo “Mike” Sato became the new president for P.H.R. Ken Micronesia Inc., which does business as Ken Corp., on March 15, assuming the position formerly occupied by Tetsuro “Ted” Imamura. Sato comes to Guam from Ken Corp. Ltd. in Tokyo, where he served as senior managing director of real estate sales and leasing brokerage operations since 2013. He holds a bachelor’s in economics from Rikkyo University in Tokyo.

Sato joined Ken Corp. Ltd. in 2012 following a 31-year career with the Orix group of companies in Tokyo, for which he held the positions of director of the Urban Development Division for Orix Real Estate Corp.; board member, director/senior managing executive officer and then president of Orix Asset Management Corp.; and executive officer of the Investment Management and Administration Department for Orix Life Insurance Corp. Sato had worked closely with Ken Corp. for more than 15 years prior to joining the company in his role at Orix, a partner with Ken Corp. on many projects. 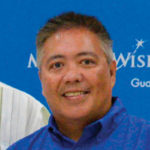 Eric Tydingco was unanimously confirmed as president and CEO of Make-A-Wish Foundation Guam and NMI by the board of directors on Feb. 20, replacing Victor Camacho, who resigned in October. Tydingco has been serving as interim executive director since then. He started with the organization as a volunteer and went on to serve on the board of directors from 2010 to 2016 and as chairman from 2015 to 2016. 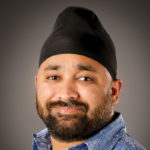 Prior to joining GVB, he was a grant specialist and communications staff assistant under the office of Lt. Gov. Raymond S. Tenorio in 2011. In 2009, he was appointed special assistant to the Northern Mariana Islands secretary of commerce and also served as acting NMI program director for the implementation of the American Recovery & Reinvestment Act. Prior to moving to Guam, Muña was appointed special assistant for ARRA to then NMI Lt. Gov. Eloy S. Inos. He holds a 2008 bachelor’s in philosophy and religious studies from Mount Angel Seminary in Oregon. 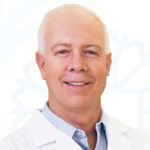 Dr. Eric W. Spak joined the Guam Regional Medical City as a diagnostic and interventional radiologist. Spak was the first interventional radiologist to set up a practice in Guam when he arrived in 2005. He is an assistant clinical professor of radiology at the University of Calif., Los Angeles Medical Center. Prior to joining GRMC, he was a radiologist at Guam Radiology Consultants. Spak is certified in diagnostic radiology, as well as vascular and interventional radiology, from the American Board of Radiology. He holds a bachelor’s in biology from the UCLA and a medical doctorate from Georgetown University School of Medicine. He also served in the U.S. Navy for 20 years as a medical corps officer and completed an internship and residency in diagnostic radiology at U.S. Naval Medical Center in San Diego, Calif. 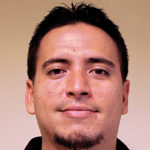 Charles McJohn II was promoted to Agana Shopping Center’s assistant general manager of marketing and leasing. He joined Agana Shopping Center in 2010 as a promotions coordinator before a 2011 promotion to marketing manager. McJohn holds a 2004 bachelor’s in business management economics from the University of California in Santa Cruz.

Docomo Pacific announced on Feb. 28 its promotions and new hires: 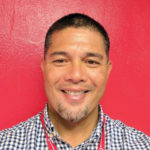 Dino Manning joined Docomo Pacific CNMI as general manager after spending the last two years as a self-employed consultant. Manning has held various leadership positions in operations, strategy and program management, mainly in the financial services industry for around 16 years. He holds a bachelor’s from Whittier College, Calif., and is certified in Six Sigma process improvement. 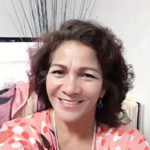 Pauline Johnson was promoted to assistant general manager of Docomo Pacific CNMI after spending the last three years as public relations and marketing manager. Johnson joined the company in 2001 as retail operations manager and has 24 years of experience in the telecommunications industry. 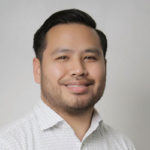 Nathan T. Taimanglo joined Docomo Pacific as chief people officer. He was previously director of human resources at Triple J Enterprises Inc. and has seven years of experience in the profession. Taimanglo holds a bachelor’s in human resources management and marketing and serves as vice chairman of Sanctuary Inc. and is a Steering Committee member of the Guam Young Professionals. He also holds a designation Society for Human Resource Management–Certified Professional and was named Reina A. Leddy Guam Young Professional of the Year in 2013. 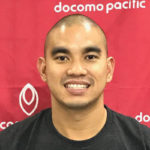 Jason M. Toves was promoted to billing services planning supervisor from system design. He has 12 years of experience in the profession.

Emi K. Tenorio was promoted to information systems billing manager from systems analyst in IS billing. Tenorio holds a bachelor’s in Japanese studies from the University of Guam and has eight years of experience in the profession. 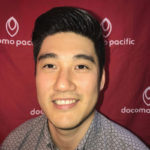 Tommy Blas was promoted to services planning manager from new product development, marketing. He has nine years of experience and is certified in project management by New Horizons and Guam Community College and is a member of the Rotary Club of Northern Guam. He also serves as a company adviser to Junior Achievement. 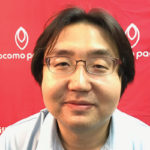 Kyung S. Kim was promoted to director of radio network from manager of mobile radio access network. He has nine years of experience in telecommunications and holds a bachelor’s in electrical engineering from Northwestern University in Illinois. 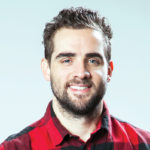 Blake Watson joined Choice Broadcasting as a weekday host of the 10 a.m. to 2 p.m. show for STAR101. He attended the American Broadcasting School in Texas.  He was also the sports director at Pacific News Center. Watson has nearly 10 years in the profession.

The Chinese Chamber of Commerce of Guam announced on April 6 the appointments of the 17 board directors and three chairpersons for the 2017–2019 term: 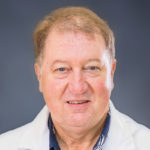 Dr. N. Garrett Powell Jr., a neurosurgeon who specializes in the diagnoses and surgical treatment of disorders of the nervous system, including the brain, spinal cord and peripheral nerves, has joined Guam Regional Medical City. Powell is a graduate of the University of Florida. He went on to earn his medical degree from the University of Miami and completed neurosurgery training at Hartford Hospital in Connecticut, the North Carolina Memorial Hospital and Jackson Memorial Hospital in Miami. He is a diplomat of the National Board of Medical Examiners and certified by the American Board of Neurological Surgery. He comes to Guam from Elgin Air Force Base Hospital.

Delta Air Lines was named on Feb. 16 as one of Fortune Magazine’s Most Admired Companies for the fourth consecutive year. It placed 31st in the overall ranking. It was also named Fortune’s Most Admired Airline, rated number one in the industry list for the sixth time in the past seven years.

Delta Air Lines, which has a total of eight employees in Guam, Saipan and Palau as of January, was named one of Fortune 100’s Best Companies to Work For. Fortune partners with Great Place to Work annually to compile the list. Delta is ranked No. 63 and the only airline on the list. Fortune also named Delta as one of 50 Most Admired Companies for the fourth consecutive year.

Black Construction Corp., one of the largest construction companies in the Western Pacific region, received the National Excellence in Construction Eagle award. Black Construction has received this award three times in the past four years. The award honors general and specialty contractors for innovative, high-quality construction projects. The 2017 judging panel included representatives from organizations, such as the Design-Build Institute of America and Construction Users Roundtable. Black was given this year’s award because of two projects: Ordot Landfill closure and Dero Road sewer improvements.  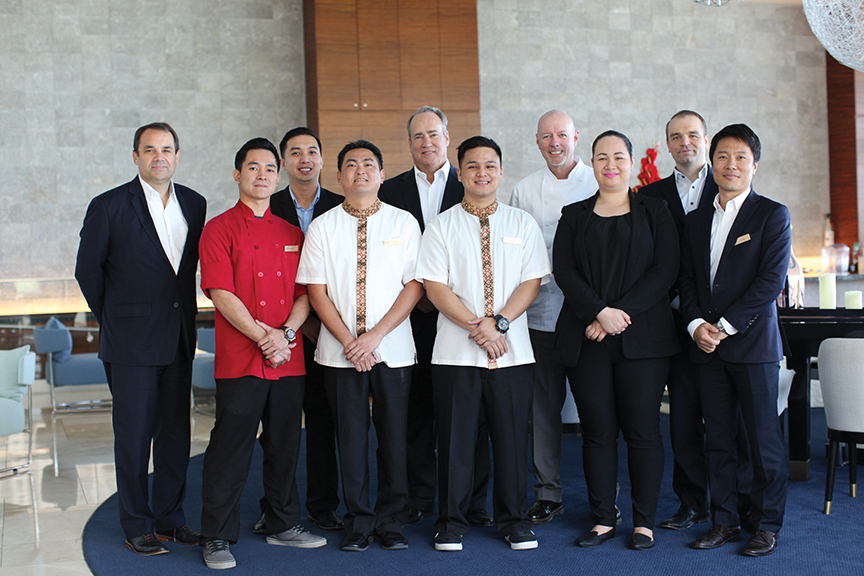 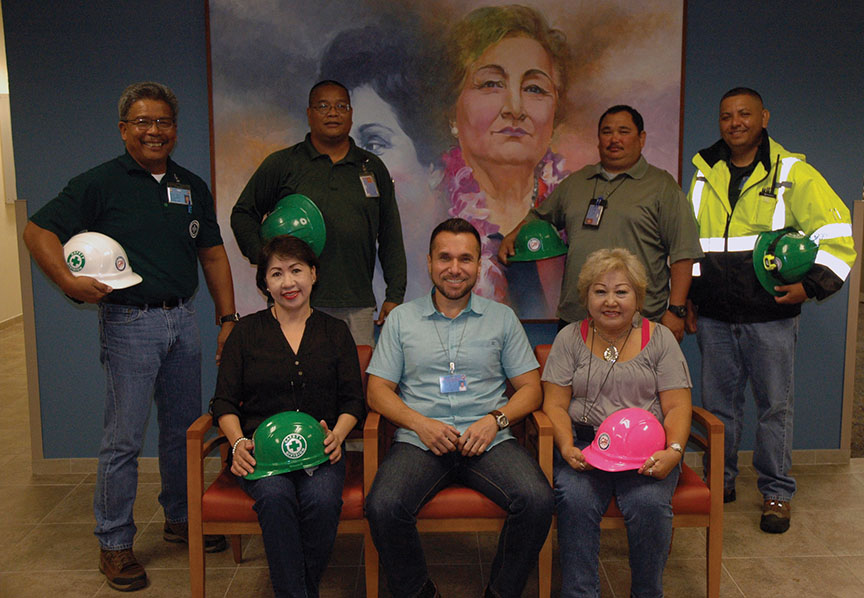 The Guam Power Authority received the American Public Power Association’s Safety Award of Excellence for safe operating practices in 2016. GPA ranked No. 3 in the utility category based on worker hours of annual worker exposure. GPA was in group “F,” which is 250,000 – 999,999 worker hours. Entrants were also ranked by the company’s number of incidences in 2016. The incidence rate to judge entries is based on work-related illnesses and injuries and total worker hours, as defined by the Occupational Safety & Health Administration.