• Joseph Hocog, to the Commonwealth Council for Arts and Literature

• Carla A. San Nicolas, to the Statewide Independent Living Council

The Guam Hotel & Restaurant Association recognized ten individuals and companies with the Golden Latte Award during its annual fundraising gala at the Hyatt Regency Guam on March 10. The honorees in their respective categories were:

• Valley of the Latte, Most outstanding tourist attraction

The Guam Behavioral Health and Wellness Center Residential Recovery Program won the 2018 Exemplary Service Provider of the Year Award at the National Association of Social Workers Awards Banquet which was held at the Westin Resort Guam on March 17.

Jacob was appointed as Ninth Circuit Lawyer Representative for the District of Guam by Chief Judge Frances M. Tydingco-Gatewood in 2010. He also served a two-year term as president of the Guam Bar Association from 2005 to 2007.

He is currently a partner in Calvo Fisher & Jacob’s Guam office, and has served on several committees at the District Court of Guam, including the Alternative Dispute Resolution Committee, the Civil Local Rules of Practice Committee and the Annual District Conference Committees from 2009 to 2018.

Geoffrey Bowmaker retired as CEO of Nauru Air Corp. after 11 years in the position. Gerard Campbell, previously the national training manager at the Civil Aviation Safety Authority of Australia, took over as CEO of the airline on Feb. 12. 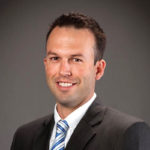 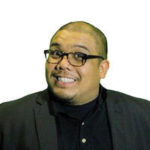 Mandapat held numerous roles at Sorensen, starting as a television personality and sales account executive and later as a full-time radio personality of the Power 98 Morning Show with Frankie, Kai and Kyle. He rose up the ladder to become the program director for Power 98, director of FM radio and finally, his current position as the head of radio operations. Mandapat also serves as chairman of the board of directors of the Guam Public Library System, vice president of the Liguan Terrace Elementary Parent Teacher Organization and vice chairman of the Board of Guam Crime Stoppers.

Kodep Ogumoro-Uludong was appointed director of the Office of Planning and Development in the Northern Mariana Islands on Jan. 8. Ogumoro-Uludong also serves as director for the Commonwealth Development Authority and the Northern Marianas Housing Corp. He was formerly a project manager for the Micronesia Islands Nature Alliance and held a fellowship in conservation with the Virginia-based conservation group Rare. He holds a bachelor’s in political science from the University of Southern California, a master’s in communication from the University of Texas, El Paso, and has completed a Pacific Island Community Adaptive Co-Management Course at the University of the South Pacific in Fiji. 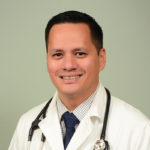 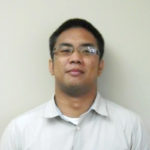 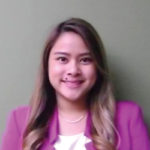 Meriah Kaye Mantanona was promoted to consumer and indirect financing manager at BankPacific. Mantanona holds a bachelor’s in business administration with a concentration in marketing and finance and economics from the University of Guam. She joined BankPacific in 2017. She was previously a senior consumer loan specialist. 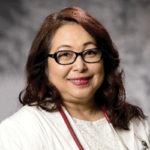 Melanie W. Brennan was appointed Chief Probation Officer by Chief Justice Katherine A. Maraman on Feb. 15. Brennan previously served as Deputy Chief Probation Officer for the Judicary of Guam, has served in supervisory roles with Probation’s Adult, Pre-Trial, Intake and Prevention Units and was a social worker with the Child Protective Service of the Guam Department of Public Health and Human Services. She is also a member and regional representative of the American Probation and Parole Association.
Brennan holds a bachelor’s in psychology from the University of Hawaii and a master’s in public administration from the University of Guam. 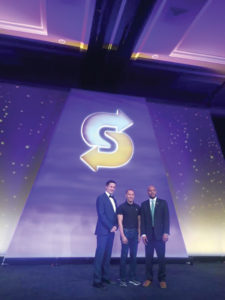 Subway Restaurants of Guam and Saipan was recognized at the Global Leadership Conference in San Diego for being a top performer in achieving Subway’s Key Initiatives. Key Initiatives include consistent use of Subventory, University of Subway and LaborIQ. Nakicos Corp. operates the Subway restaurants on the islands.

Marcos W. Fong, group executive vice president of Nakicos Corp. which operates Subway restaurants of Guam and Saipan, center, is recognized on behalf of the region’s Subway restaurants for being a top performer in the High Density Markets — Other Countries category during a Global Leadership Conference in San Diego, California.

Dr. Maria Stella Gaerlan joined Guam Radiology Consultants as a pain management specialist on Jan. 8. Gaerlan, who has 20 years of experience in the field, is a board certified diplomate with the American Board of Physical Medicine & Rehabilitation, managed a solo practice under West Charleston Pain Center, served as on-site physician with Life Care Centers of America and practiced at the Veterans Administration Las Vegas Pain Clinic.

RIM Architects highlighted the following seven employees and their respective career milestones with the company in the 2017 fourth-quarter edition of its quarterly newsletter:

• Matthew Inadomi, five year anniversary and promotion to principal with ownership in RIM

The Guam Contractors Association announced five candidates for its 2018 GCA board election on March 27:

The Guam Contractors Association was scheduled to hold the election on April 18 at the Hyatt Regency Guam during the GCA April general membership luncheon meeting. 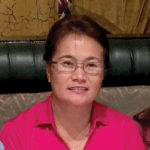 Marcia E. Ayuyu, owner and operator of JCA Guam LLC and JCA Inc., which do business as McDonald’s of Guam and McDonald’s of Saipan, was selected to be president elect of the Rotary Club of Saipan and her term as president will run from June 2019 through June 2020. 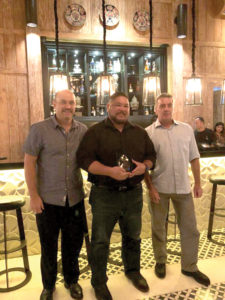 Coca-Cola Beverage Co. (Guam) Inc. received an award from McDonald’s of Saipan in recognition of its continued partnership with McDonald’s during a Vendor Appreciation Dinner held at the Hyatt Regency Saipan on March 26.

Kein R. Artero won the title of Mister Global Teen 2018 at the Mambo Theatre in Bangkok, Thailand. Artero is the first person from Guam to win the title. The 16-year-old student at Father Duenas Memorial School student beat finalists from the Philippines, Sri Lanka, Korea and Myanmar to win a prize package that includes prizes from sponsors, a round-trip ticket to Thailand and a sash and trophy. Prizes from Latte Stone Entertainment include a one-year gym membership, clothes, modeling portfolio, cash prize and professional representation by Latte Stone Entertainment as his manager. 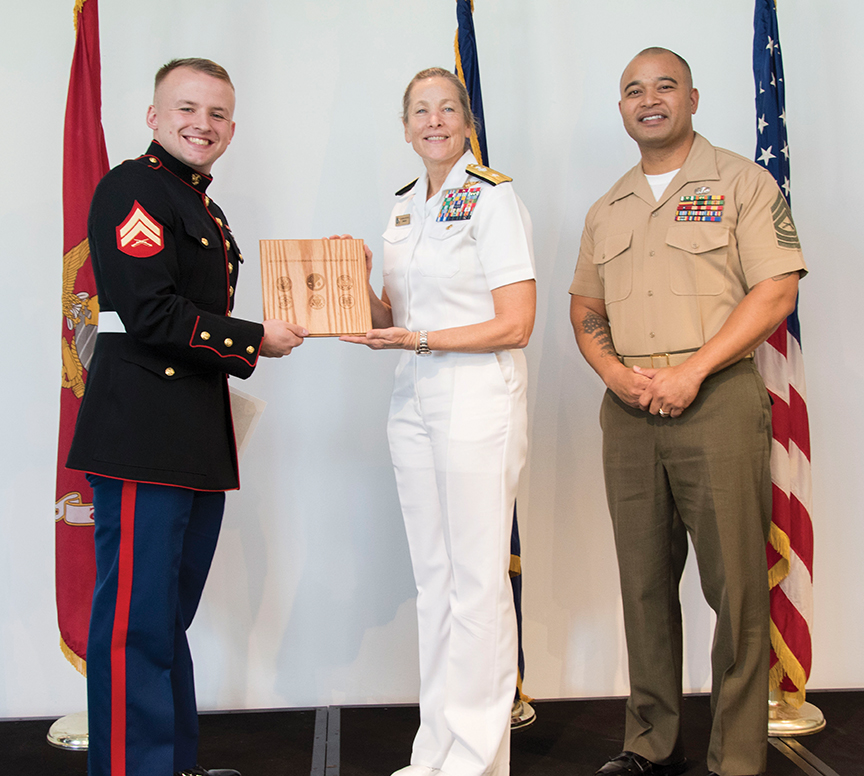 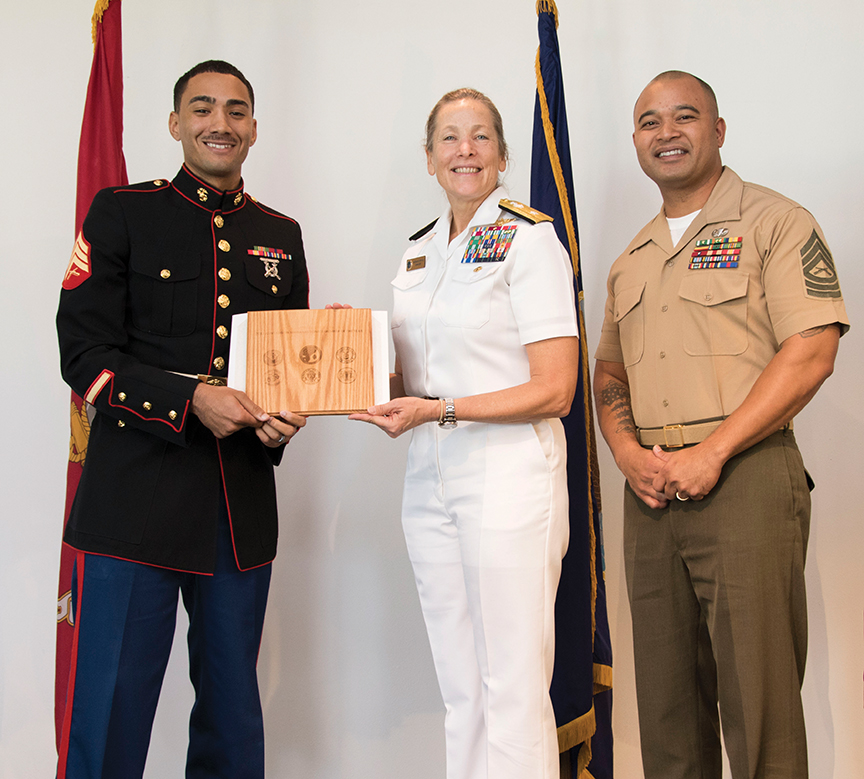 U.S. Marine Corps Cpl. Ryan Siddell (top photo, left) and Sgt. Tony Moses III (bottom photo, left), both of Marine Corps Activity Guam, were awarded the Guam service member of the year award by U.S. Navy Rear Adm. Shoshana Chatfield (center), Commander of Joint Region Marianas, and U.S. Marine Corps MSgt. Nicholas Sannicolas, Senior Enlisted Advisor of Marine Corps Activity Guam, at the Fiesta Resort Guam on March 16. The service member of the year awarded is given to enlisted and officers of every branch of the U.S. forces stationed on Guam that have performed greatly in their Marine occupational specialty and in community of Guam.