Katherine A. Maraman was sworn in as chief justice of Guam on Jan. 17, succeeding Robert J. Torres, whose term expired. The justices of the Supreme Court, pursuant to statute, held an election and selected Maraman to serve a three-year term. She is the first woman to hold this position.

Maraman joined the Supreme Court of Guam as an associate justice on Feb. 21, 2008. Prior to that, she served as a judge in the Superior Court of Guam from 1994 – 2008. Before taking the bench, Maraman practiced on Guam from 1977, including positions as assistant legislative counsel for the 14th through 16th Guam Legislatures and as minority counsel. She also worked in private practice before becoming legal counsel to Gov. Joseph Ada in 1988, a position she held until she became a judge.

In addition to her service to the Guam Judiciary, Maraman also serves as a part-time justice of the Palau Supreme Court and an adjunct professor at the University of Guam.

Maraman holds a bachelor’s in economics from Colorado College and a juris doctorate from the University of New Mexico. 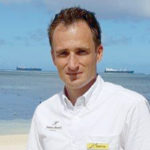 Jambor began his career at the Pavilion Hotel in Sydney and transferred to front office management positions at the Hotel Josef in Prague in 2006. In 2012 he was appointed resident manager at the Maximilian Hotel, an affiliate hotel.

In 2014 Jambor assumed the position of resident manager of Fiesta Resort & Spa Saipan.

Jambor holds an advanced diploma from the Kent Institute and Bridge School of Travel and Tourism in Sydney, as well as a master’s from Prague’s Charles University. He is also a graduate of Cornell University’s general manager program. Herring has been general manager of Kanoa Resort since February 2015.

Herring started her career at the Pacific Islands Club Saipan as a management trainee and was promoted to assistant director of sports, entertainment and activities for PIC Phuket in 1991. After opening the Thai property, Herring returned to Saipan in 1992 to assume positions as director of sports, entertainment and activities, rooms division manager, executive assistant manager and general manager in 1999. From 2009 to 2012, Herring was resident manager of PIC Guam.

Herring holds a bachelor’s from the University of California at Berkeley and is also a graduate of Cornell University’s general manager program. Herring represents Asia Pacific Hotel and Tan Holdings through various community and industry associations including as vice chairperson of the Marianas Tourism Education Council, board member of the Hotel Association of Northern Mariana Islands and member of Soroptimist International and the Saipan Chamber of Commerce. Guam Auto Spot announced on Jan. 31 its appointment of Joshua F. Tenorio as vice president. He was most recently administrator for the courts since 2014 and served as director of policy, planning and community relations since 2011. Tenorio has served as the legislative assistant to former Congressman Robert Underwood and as deputy chief of staff to former Gov. Carl Gutierrez. He served as the director of the Guam Bureau of Statistics and Plans, chief of staff to then Vice Speaker Benjamin J. Cruz and judiciary committee director under former Sen. Randy Cunliffe. Triple J Enterprises Inc. announced on Feb. 13 the appointment of Jude Diaz as director of human resources for its Guam operations. Diaz joined Triple J from the Hilton Guam Resort & Spa where he was a human resources manager for the past five years. Diaz is an active member of the Guam Hotel & Restaurant Association and is the chairman of the Human Resources and Education Committee and the 2015 recipient of the GHRA Supervisor of the Year award. He holds a bachelor’s in business administration with a concentration in human resources from the University of Guam. He is also a member of the National Society for Human Resources Management Guam Chapter.

The Judicial Council unanimously approved the appointment of Deputy Marshal Supervisor Troy Pangelinan as the Marshal of the Court on Jan. 19. He was sworn in on Jan. 23. The position was made vacant when former Marshal of the Court Edward Toves retired on Dec. 23. Pangelinan holds a bachelor’s in criminal justice from the University of Guam and has extensive experience in law enforcement and dignitary protection. He became a deputy marshal I in 1997 and has served the judiciary since then. He has served as the acting chief security officer of the Supreme Court of Guam for more than seven years and as a deputy marshal supervisor for the last four years. The University of Guam named Joseph Gumataotao as its equal employment opportunity and Title IX director and Americans with Disabilities Act coordinator. Gumataotao had been operating a private law practice for the last year. He holds a 2004 bachelor’s in communication from UOG with a minor in political science. He holds his doctorate of law from the Ave Maria School of Law in Naples, Fla. He previously worked as a senior law clerk with Superior Court Judge Anita Sukola and has experience as a policy research analyst at the Guam Legislature. The University of Guam named Sallie S. Sablan as its student academic counseling specialist with Americans with Disabilities Act specialization. Sablan holds a 1983 bachelor’s and 1988 master’s from the Western Kentucky University. She previously served as the education and disabilities manager for the Guam Department of Education Headstart program. The Guam Chamber of Commerce announced on Jan. 18 that the board of directors elected its officers for the 2017 administrative year. Bobby Shringi, sales and marketing manager for Moylan’s Insurance Underwriters Inc., was unanimously elected chairman of the board; The Belau Tourism Association elected three new directors to fill the board seats vacated by the late BTA President Jason Bodo Skebong and outgoing directors Olympia Remengesau-Morei and Virginia Tellei. The officers for 2017 are:

Christopher Duenas was named president of the Guam Housing Corp. The former senator previously worked with Guam Housing Corp. as the director of the Department of Land Management and as a senator in the 31st and 32nd Guam Legislatures. Most recently, Duenas served as the governor’s adviser on legislative and external affairs. 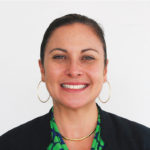 Tracy Guerrero joined Triple J Saipan as corporate controller on Feb. 1. Guerrero holds a bachelor’s from the University of California at Berkeley and a master of business administration from California State University – Hayward. She was most recently the chief financial officer for the Northern Marianas College for around four years.

Benjamin K. Petersburg, associate attorney at Berline & Associates LLC, was sworn in as a board member of the Commonwealth Development Authority on Jan. 6.

BankPacific announced on Jan. 12 that Marvin Deleon Guerrero joined the company as an assistant vice president and Saipan branch manager. 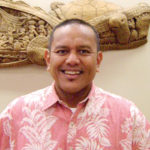 Guerrero has more than 13 years of banking and real estate experience in loans, operations and is a certified BSA officer. He holds a master’s of business administration from Argosy University in Hawaii. Aurora Pimentel joined BankPacific as an assistant vice president and Hagåtña branch manager. She has 20 years of banking experience in loans and operations and holds a bachelor’s from the University of Guam. Edward Pinaula was promoted to Saipan office supervisor. He has 16 years of banking experience in collection and accounting. 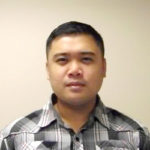 Ernesto Miranda II was promoted to vice president and information technology assistant manager. He joined BankPacific in 2006 and holds a bachelor’s in computer information systems from the University of Guam. The Guam Chamber of Commerce announced Melanie Mendiola, project director of Farm to Table Guam Corp., on Jan. 20 as this year’s Reina A. Leddy Guam Young Professional of the Year. Mendiola is also president of the Guam Girl Scouts board of directors, a member of the board of the Port Authority of Guam, treasurer of the Guam Tourism Education Council and was named one of Guam Business Magazine’s “40 under Forty” in 2016.

Junior Achievement of Guam is a non-profit organization that has served more than 5,000 Guam high school students since 1976 in launching business ventures. SOL and Collar Couture will represent JA Guam at the JA Asia Pacific Company of the Year competition in February in Tokyo.

United’s MileagePlus loyalty program was voted the Best Overall Frequent Flyer Program in the world for 2016 by Global Traveler. This is the 13th consecutive year United was recognized with this award since the inception of the GT Tested Reader Survey in 2004. The United MileagePlus Club Card from Chase was awarded as Best Credit Card and Best Credit Card Rewards Program and the United MileagePlus Explorer Card as Best Frequent-Flyer Affinity Credit Card Redemptions. United was also named Best Trans-Pacific Airline for the third straight year.

For the second time since launching its Eco-Skies program, United Airlines was named the Eco-Airline of the Year by Air Transport World magazine. The award recognizes an airline in global commercial aviation for its environmental leadership as demonstrated by consistent and impactful environmental action within the company and in the industry. United’s Eco-Skies program includes a number of initiatives including using sustainable biofuel in its operations at Los Angeles International Airport and investing $30 million in U.S.-based alternative aviation fuels developer Fulcrum BioEnergy Inc.

Palau was named one of the top 10 ethical destinations in the world, chosen because of its “forward-thinking policies, but also for [its] tourism infrastructure, natural beauty and welcoming cultures.”

According to the latest Ethical Traveler top 10 ethical destinations for 2017, these countries are nations “that have chosen to do the right thing and to reward destinations where policies and actions protect human rights and the environment.”

Among the reasons why Palau was in the list was that it was the second country in the world, after Fiji, to adopt The Paris Agreement.

Palau was also included in the list for setting aside 80% of its Exclusive Economic Zone as a national marine sanctuary. President Thomas E. Remengesau Jr. was also lauded for the creation of the Marine Sanctuary Act to protect the oceans and marine life, “encouraging other countries to follow suit.”

In social welfare, Palau was lauded for having the highest number of women ever to run for national election.

The Pacific Asia Travel Association Micronesia Chapter, elected its board of directors for 2017–2018 at its third tri-annual chapter meeting on Dec. 1–3 on Guam. The five officers are: She reports to Guam after serving as United States Deputy Military Representative to the North Atlantic Treaty Organization Military Committee in Brussels, Belgium.

No Responses to “Noteworthy – March/April 2017”