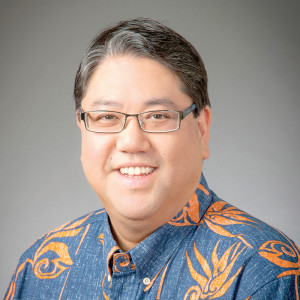 Effective July 1, Mitchell Nishimoto, executive vice president and chief risk officer for First Hawaiian Bank, will assume the role of executive vice president in charge of the bank’s Retail Banking Group, where he will oversee the bank’s 62 retail branch network in Hawaii, Guam and Saipan. Nishimoto will replace Vice Chairman and Chief Banking Officer Raymond S. Ono, who has held the position for the last seven years and will be retiring from a 38-year career with the bank.

Nishimoto has 28 years of experience in the Retail Banking Group. He will continue to serve on the bank’s Senior Management and Credit Committees. Nishimoto serves on the boards of Castle Medical Center, Japanese Cultural Center of Hawaii and the Chamber of Commerce of Hawaii.

The Bank of Guam announced on April 20 the appointment of Asterio R. Takesy to a three-year term as vice president of government affairs to promote the bank within the Federated States of Micronesia, the Marshall Islands and Palau. He will be posted in Kolonia, Pohnpei. Takesy most recently completed four years in Washington, D.C., as FSM’s ambassador to the United States. Prior to this, he was the CEO of the Secretariat of the Pacific Regional Environment Programme stationed in Samoa for six years. He also served for two years on the United Nations Executive Committee on Clean Development Mechanism. Byron Evaristo was promoted to senior vice president, credit administration at BankPacific. Prior to his promotion, Evaristo was vice president in commercial and consumer lending. He joined the bank soon after earning his 2004 bachelor’s in finance and economics at the University of Guam. 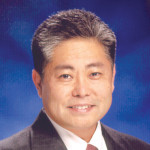 Ronald E. Cannoles has joined DFS as the operations and controls director of the Mid-Pacific region, effective April 4. Cannoles retired as executive vice president and West Pacific region manager of the Bank of Hawaii in May following 30 years with the bank. Cannoles is a Guam Chamber of Commerce board member, a Guam United Services Organization advisory council member and treasurer and a board member of the Tourism Education Council. He holds a bachelor’s in business administration from the University of Hawaii, Hilo. 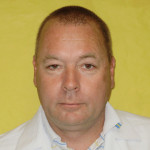 John Mahoney, the former operations manager for LSG Sky Chefs for Auckland, New Zealand, and Rarotonga, Cook Islands, is now the Guam-based general manager for the company, taking over for former General Manager Kelvin Chan. Mahoney has been with LSG Sky Chefs for 12 years and holds a diploma in professional cookery and management from the University of Canterbury in New Zealand. 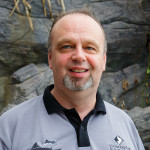 Ruud Van Baal has joined Manta Ray Bay Resort & Yap Divers as its new general manager. Originally from the Netherlands, Ruud is a graduate of Hotelschool The Hague, an international university in Amsterdam. His career has included positions with cruise liners; Buddy Dive Resort in Bonaire, where he was general manager and eventually managing director for the resort’s parent company; and Fort Young Hotel in Dominica, where he was also general manager. 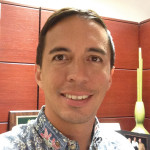 William H. Calori joined Cabras Marine Corp. in April as the company’s chief financial officer. This follows a 10-year career with First Hawaiian Bank, where he most recently held the position of assistant vice president and business banking officer for three years. Calori holds a 2006 bachelor’s in finance from the University of Guam. 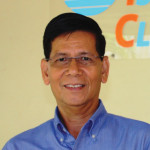 Paul Bea has been promoted to the executive director of engineering at Pacific Islands Club Saipan. Bea originally moved to Saipan from a role with Hotel Mirador in the Philippines to work as the engineering senior supervisor for Hotel Nikko Saipan. He joined PIC in 2005 as powerhouse manager. 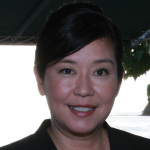 Miki Yokozeki Marks joined the Hotel Santa Fe Guam as hotel manager on May 16. Marks was formerly team leader of the Platinum Services Club at DFS from 2011 to 2013, director of protocol at the Office of the Governor of Guam from 2010 to 2011 and revenue manager at the Hilton Guam Resort & Spa from 2007 to 2010. She has more than 20 years of experience in the hospitality industry and holds a 1992 associate’s in liberal arts from Santa Monica College.

Yusuke “William” Shinozaki has joined the Hilton Guam Resort & Spa as the assistant general manager. Shinozaki has more than 10 years of experience in the hotel industry, most recently as the director of rooms at the Hotel Nikko Guam and also at various international hotel brands in Thailand, Vietnam, China and others in Guam. He holds a bachelor’s in business administration from Walden University (Minn.) and is a certified rooms division executive by the American Hotel & Lodging Educational Institute.

Joshua F. Tenorio, the administrator of the courts with the Judiciary of Guam, became a Fellow of the Institute for Court Management, having completed a master’s level court research and improvement project along with 17 other court professionals from across the United States. Tenorio was also selected by his fellow graduates to deliver the commencement address during the graduation ceremony at the Supreme Court of the United States in Washington, D.C.

The Office of the Governor of Guam announced several appointments on May 27: 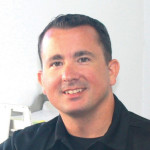 Brad E. Ruszala has joined Pacific Islands Club Saipan as the executive director of sports, entertainment and activities. Originally from New York, Ruszala came to Saipan in 2003 with the Transportation Security Administration. He most recently worked as the public information officer for the Commonwealth Utilities Corp.

Angela Ng has joined the Dusit Thani Guam Resort as an event sales and sales and service manager. She has been in the hotel industry for three years, most recently with the Hyatt Regency Guam. She also spent three years with EVA Airways in Guam and two years with LSG Sky Chefs. Ng holds a bachelor’s in history from California State University.

Rebecca F. Manuel has joined the Dusit Thani Guam Resort as an event sales and sales and service manager. She has nearly 16 years of experience in the hospitality industry including positions with the events, sales and marketing and food and beverage departments, as well as with the Hotel Club Program.

Amy A. Cline has joined the Dusit Thani Guam Resort as an event sales and sales and service manager. She has 22 years of career experience in the areas of property management, multi-site management, construction management, military housing and real estate. Cline studied business management at the University of South Carolina-Sumter. The University of Guam announced on April 21 the hiring of Douglas W. Palmer as the athletic director. Palmer’s administrative and coaching roles in higher education include his most recent position as head athletic director for Shoreline Community College in Washington for the last seven years. He holds a 1982 bachelor’s in physical education from Winthrop University and a 1984 master’s of athletic administration from Florida State University. 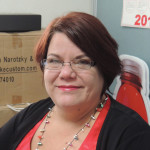 Cindy “Sister Cindy” Hanson has joined Choice Broadcasting Co. as an on-air host for afternoon drive times from 2 p.m.–6 p.m. weekdays. Hanson has more than 30 years of experience in broadcasting and media, having worked as a radio personality, writer, marketing and public relations professional in Guam and the U.S. mainland, most recently as an account executive at Glimpses Advertising. She holds a 2004 bachelor’s in communications from the University of Guam.

The Guam Contractors Association held its 2016 board of directors election on April 20 during its general membership meeting. The following members were elected to fill three vacant seats on the board for two-year terms beginning in May, joining the holdover directors for 2016–2017. 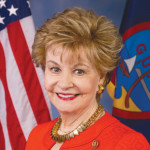 Madeleine Z. Bordallo, Guam’s delegate to Congress, was awarded the Montegomery Medal by the National Guard Association of the United States on June 2. Named for Gillespie V. “Sonny” Montgomery, who advocated for veterans and the National Guard and established the peacetime GI education bill, the Montgomery Medal recognizes individuals who provide outstanding support in the pursuit of the National Guard association’s objectives. Bordallo was chosen for her work to support and grow the Guam National Guard by securing funding for facilities and helping soldiers and airmen remain ready to serve. She is the 11th annual recipient. Pacific Resources for Education and Learning recognized Rev. Francis X. Hezel as its first recipient of the Outstanding Contribution to Education in the Pacific award on May 18 at the Outrigger Guam Beach Resort. Hezel is a Jesuit priest who has worked in Micronesia since 1963 as a teacher, school administrator, pastor and self-taught historian and who authored several books and produced more than 70 documentaries on Micronesian history. The event raised nearly $20,000 for the Pacific Teacher Scholarship Endowment.

Additionally, Atkins Kroll Inc. received the TMC Customer Service Achievement Award. By achieving both the marketing and the customer service awards in 2015, Atkins Kroll earned the TMC Overall Marketing Award. In the TMC East Asia & Oceania Division, two other distributors were bestowed the award among 291 TMC distributors in 17 countries.

The Port Authority of Guam was awarded the National Excellence in Construction Eagle Award on June 6 for its facility expansion project, the third and final phase of the Guam Commercial Port Improvement Project. The project was completed through collaboration among the U.S. Maritime Administration, EA Engineering Science & Technology Inc. and Black Construction Corp. Black Construction submitted the project to the National Excellence in Construction competition and subsequently won the Eagle Award, the highest honor in each category of the competition where entries are submitted from across the nation.

U.S. Congressman Gregorio C. “Kilili” Sablan presented a certificate of commendation on June 1 to the Northern Marianas Trades Institute for recovery efforts due to the destruction caused by Super Typhoon Soudelor. The official commendation was recorded in the 114th U.S. Congressional record on Dec. 15.

Guam Community College was awarded LEED gold certification by the U.S. Green Building Council for its renovated and expanded Building E. The former single-story Butler Building 200 was reopened as the two-story Building E in December 2014 with photovoltaic panels, a rainwater catchment system, natural lighting, porous paving, a recycling collection area, solar hot water heaters, among other features. It houses the education and pre-architectural drafting programs and the English Department. It is the second building on the GCC campus to be designated LEED gold, joining the GCC Learning Resource Center, and the third to be LEED certified. The Foundation Building is designated LEED silver.

Dusit Thani Guam Resort has become the first hotel in Guam to achieve bronze certification with EarthCheck, a “scientifically rigorous environmental benchmarking and certification program,” according to a May 19 release. The program includes requirements specific to management systems, such as quality, environment, occupational health and safety, risk management, heritage and corporate social responsibility. ν

Peter Ho, chairman, president and CEO of Bank of Hawaii, received the Naval Heritage Award from the U.S. Navy Memorial Foundation on May 26. Ho is the second Hawaii resident to receive the award following U.S. Sen. Daniel K. Inouye in 2006. The award recognizes Americans who have supported the nation’s sea services and whose lives and careers exemplify honor, courage and commitment.