Not so super: Puerto Rico’s debt crisis may affect all territories 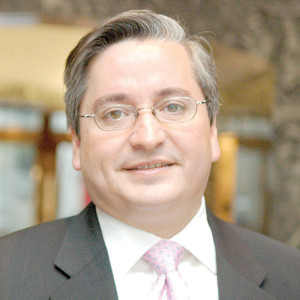 In recent months, Puerto Rico has received an unusual share of the limelight in mainstream American media due to the extreme economic conditions that some believe may cause a default on its sovereign bonds. The problem is that as legislators and the Obama Administration grapple with how to address Puerto Rico’s debt crisis, Congress must pay careful attention to the intricacies of Washington’s intervention and the danger of unintended consequences on the other U.S. territories.

Some 400,000 Americans reside in the territories of Guam, American Samoa, the Northern Mariana Islands and the U.S. Virgin Islands. Like Puerto Rico, these territories rely on uniquely attractive, tax-exempt bond offerings to fund infrastructure improvements and essential services for their people. These bonds can provide a critical cover for the gap that occurs when the territories do not receive the same federal funding or benefits as the states.

Yet leaders in the Obama and Garcia Padilla administrations, as well as some Congressional Democrats, are threatening the attractiveness of those bond offerings by calling for a special territorial bankruptcy regime — not only for Puerto Rico, but for all the U.S. territories.

The proposed legislation would grant Puerto Rico — and, by default, the other U.S. territories — extraordinary bankruptcy protection known as Super Chapter 9. This would allow restructuring all debts, including the general obligation debt, or “full faith and credit” debt, exceeding the authority presently granted to the states under Chapter 9.  Under Chapter 9, states are only allowed to restructure municipal and public corporation debt, but at the same time are restricted from restructuring their general obligation debt.

In crafting such a regime, through the so-called “super” control board or otherwise, lawmakers would certainly adversely impact the territories’ ability to access the market at reasonable rates by inserting a risk factor for which investors would want compensation in the form of higher returns or higher interest rates.

Guam Gov. Edward B. Calvo recently told Bloomberg, “When it comes to the policymakers in Washington, D.C., dealing with the Puerto Rico situation, I’ve made it very clear: Guam has no need nor desire to look at any type of backdoor such as bankruptcy protection. … That’s something we’ve always believed has made our triple tax-exempt bond sales very attractive — that we were treated a certain way.”

These are sentiments that have been echoed by other territorial leaders, including the director of American Samoa’s commerce department.

It seems absurd to me that Congress would lump in the other U.S. territories with Puerto Rico’s draconian solution to decades-long mismanagement of its territorial wealth when some other measures are still being debated.

Congress has other tools at its disposal. For example, legislators can extend to Puerto Rico’s municipalities and public corporations the very same restructuring capabilities already possessed by those in the states under Chapter 9 of the bankruptcy code. Likewise, it can appoint a control board to reform the island’s finances, as the federal government did for Washington, D.C., in the 1990s. A combination of these measures would both address the crisis in Puerto Rico’s economy and allow the island to restructure an extremely significant portion of its outstanding debt obligations.

Importantly, neither measure infringes upon the sovereignty of the other territories nor sets a dangerous precedent for the island’s territorial peers. If anything, this plan merely amounts to a step toward more equitable, state-like treatment of the territories by Washington.

Lawmakers should not inflict harm on the people of Guam, the Northern Mariana Islands, the U.S. Virgin Islands and American Samoa simply because of their shared political status with Puerto Rico. Any legislative solution to Puerto Rico’s debt should be done within the existing legal framework and should not impose unique market constraints on America’s territories.