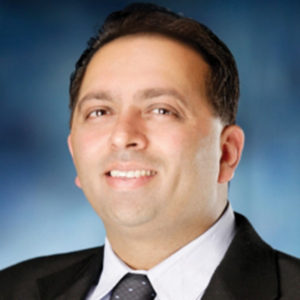 On Feb. 10, the long-awaited “Independent Study” in regards to the economic impact of the newly adopted minimum wage in 2015 was finally released by the Guam Department of Labor. As with any study, I am sure the final document was placed under a number of microscopes, and certainly more than one conclusion was drawn on the next course of action regarding the said subject matter. Sure, the study indicated that the economic conditions in 2015 were positive, which is always welcoming news. The question now is: Does that mean it is safe to pursue a higher minimum wage?

While business owners are definitely risk takers, one of the first rules of commerce is to always take a cautionary route, especially when monies are involved. Is a one-year sample enough to ascertain that small businesses can sustain increasing the minimum wage by another 12% this October and another 10% by October of 2018? If you ask most small-business owners, I am sure you will experience a cringing facial response.

Was the possibility of a recession considered in this report? Who or which businesses were surveyed in the process of conducting this study? Several entities in industries that generally employ a number of entry-level employees have come out and indicated that they weren’t contacted during this apparent data-gathering stage.

The Guam Chamber of Commerce has always maintained the position that every employee should be well-compensated for his or her labor and efforts, but such wage increments should be directly associated to worker productivity and economic expansion and not through government mandates. The minimum wage is merely an entry-level wage, and building experience and skill sets will allow the employee to eventually earn salaries well above the minimum levels.

Studies, as well as actual testimonials have shown that legislating a wage increase can lead to unfavorable impacts for commerce activity. For example, wage compression is a real problem — both financially and from a morale perspective — and exists when an entry-level employee would end up earning the same as an employee with more years of experience and skills. Not every business has the financial ability to increase wages up the ladder, just because the government mandates a new minimum wage.

Increasing the cost of doing business also has the potential consequence of raising the cost of goods and services, as affirmed by 80% of those businesses surveyed for the economic study.

The study cites a review of minimum wage research conducted by the San Francisco Federal Reserve Board, which shows consistent evidence for two findings. The first being that a higher wage harms employment prospects for low-skilled workers. Secondly, it indicates that a higher minimum wage does not solve the problem with poverty. Furthermore, other studies have shown that teenagers and young adults also experience greater job losses than other employees when government arbitrarily increases the minimum wage.

However, and as stated at the start of this piece, just as with any study, more than one conclusion will certainly be drawn on what course of action will be taken next in regards to the question on whether the minimum wage should be increased moving forward, and by how much.

What didn’t come as a surprise on Feb. 13, just days after the public release of the study, was the introduction of Bill 20-34 by Speaker Benjamin J. Cruz to raise the minimum wage. His version was very similar to what he introduced last year in the previous legislature and would essentially create a two-tier wage increase, with the first to be implemented on Oct. 1 at $9.20 an hour. The second tier would be implemented on Oct. 1, 2018, and would be set at $10.10 an hour. These are essentially 12% and 10% increases, respectively.

Speaker Cruz has historically been a strong advocate on this issue, as he was the author of legislation that set the current minimum wage of $8.25 in 2015. His contentions are to help those at entry-level positions and to allow them to earn more wages and increase their spending power. Certainly, the end objectives are similar to that of the Guam Chamber of Commerce, with the only difference being the respective paths to achieving this goal, since more spending is certainly positive for any economy.

While the Guam Chamber of Commerce continues to maintain its firm position of opposing any legislation that increases the minimum wage for stated purposes, if it is the resolve of the 34th Guam Legislature to pursue this issue, it would only be ideal in proffering recommendations to provide a more comprehensive and responsible means of increasing entry-level wages — something that would be easier for businesses, specifically smaller entities, to absorb and plan for.

With this in mind here are five recommendations for consideration to be placed on the table.

Creating smaller tiers of wage increments and spreading them over a longer period would be much more palatable for businesses to absorb, since this entails increasing operating costs. This would also provide businesses more time to plan, budget and strategize, without needing to make drastic measures that could affect employees or the cost of goods.

These recommendations are 6% and 5%, respectively, and are within the standard threshold of 3–5% annual increments implemented by many businesses. In other words, these are palatable figures and do not take away from the potential of other increments businesses individually can afford to provide their employees.

Finally, the implementation date must coincide with a calendar year, since most businesses plan their budgets in this manner. Mandating an increase in October of this year would have adverse consequences for those entities who have already set their 2017 budgets and who employ many entry-level employees.

2) Reduce the minimum wage for minors

Raising the minimum wage has the unfortunate impact of wage compression. However, this compression is a greater problem when an adult in an entry-level position is paid the same as a minor. Job’s created for minors, or even teenagers in general, are usually seasonal, part-time, after-school, temporary and essentially opportunities to gather some work experience and typically require minimum skills. These positions are not necessarily created for longevity and are also characterized by rates of high turnover.  With this in mind, it is only appropriate to reduce the minimum wage for minors and to equalize it to that of the federal minimum wage, which is $7.25 an hour.

Thirty-eight states have adopted a tip credit process, which allows businesses whose servers receive a tip or gratuity to use the tips to fund a portion of the minimum wage. This assists in managing operational costs, without adversely impacting the cost of the meals served. This need is heightened with the increase of the minimum wage.  Various states have adopted distinctive minimum cash wages, which is essentially the minimum you must compensate the server hourly without utilizing tips, with some mandating hourly figures as low as $2.15.

What is being recommended is to 1) Define the tip credit, 2) Adopt the tip credit, and 3) Either set the minimum cash wage at a level identical to the federal minimum wage of $7.25 an hour or mandate that the Department of Labor establish the rules and regulations. Tip credits would essentially be options for businesses to consider, and once again, nothing prevents any business from paying their employees an amount above the minimum wage.

4) Increase the qualifying threshold for the Dave Santos Act

To assist small businesses cope with the rise in operational costs associated with increasing the minimum wage, it is recommended to amend the Dave Santos Small Business Act. The law allows any business making less than $50,000 annually in gross revenue to qualify for Business Privilege Tax exemptions on the first $40,000 of that gross revenue. Because many small businesses earn higher revenues and because these very businesses may employ entry-level employees, the recommendation is to increase the qualifying threshold to $500,000 in gross revenue, while keeping the exemption level at its current figure.

While this amendment may not completely offset the costs associated with increasing the minimum wage, this would help minimize it. This act was first created in the 1990s, and the $500,000 threshold was the original level, hence the recommendation is to take the qualifier figure back to that figure, as this would truly assist many small businesses.

Raising the minimum wage is essentially a Band-Aid solution when considering the long-term objective of assisting entry-level employees in augmenting their earning potential. The government needs to increase its investments into workforce development.  Whether this entails providing additional training opportunities and/or vocational studies to increasing skill sets, the path to greater economic independence is a result of education.

The Guam Community College has some great programs that need to be routed at both the high school and municipal levels. A collective effort of seeking some of the programs at the Department of Labor and creating collaboration with the private sector is another avenue that must be greatly pursued. In other words, the buck shouldn’t stop at the passage of Bill 20-34 or any of the above recommendations.

In summary, the time is now for both the government and private sector to truly engage in dialogue to see what path will be taken with the results of this recently completed study. The business community is a critical pillar of our economy, and a more cautious, comprehensive and responsible route must be taken that would be a positive balance for both the business entities and those at entry-level positions. While the Guam Chamber of Commerce maintains its position on this issue for valid reasons, in light of its 400-plus business members who employ more than 40,000 residents, we are prepared for an open and honest discussion.

No Responses to “Minimum wage: A responsible and comprehensive approach”