Meet the 2018 Businesswoman of the Year nominees 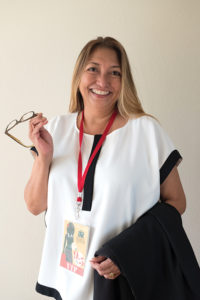 Gloria C. Cavanagh, born on Guam, has been contributing to the tourism industry both on Guam and in Saipan for more than 24 years — leading in February 2018 to her role as general manager at the Inter-Pacific Resort (Saipan) Corp., which does business as Pacific Islands Club Saipan. She began her tourism career at home on Guam, working with the Guam International Country Club from 1993 to 2008. In 2010, Cavanagh was provided the opportunity to move to Saipan and serve in her most recent position as general manager and later vice president of Kan Pacific Saipan, which does business as Marianas Resort and Spa.

Cavanagh holds a 1988 bachelor’s in mathematics from Gonzaga University in Spokane, Wash. and has since continued her education in accounting through courses at the University of Guam.

She is married to Joseph C. Cavanagh, and they have two children: Elizabeth Tsuji, 26, and Meagan Cavanagh, 22. 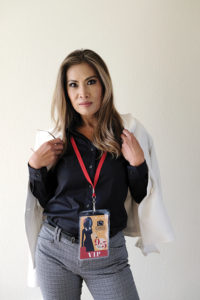 Anna Gera-Van Seters was born in Manila, Philippines and followed her father to Guam along with her mother and siblings when she was 13 years old. Since she can remember, she has been fascinated by the sales and networking industry and its far reaching potential — leading to her 17-year success with South Pacific Petroleum Corp. and her position as area manager for fleet card and commercial fuels. Both this fascination and her love for home décor and home developments and improvements additionally inspired her to expand her career to include night and weekend endeavors as a realtor for Century 21 Commonwealth Realty.

Not one to leave her networking at the office, Gera-Van Seters has used her skills in the community as board member and past secretary of the American Red Cross, Guam Chapter; past president and member of the Rotary Club of Northern Guam; founding member of the Gift of Life; and member of the Make-A-Wish Foundation. Additional organizations she has regularly been involved with and contributed to include the Guam Business Partners for Recycling — IRecycle; Guam Animals In Need; the University of Guam School of Business Advisory Council; the Navy League of the United States, Guam Council; the Guam Public Library Bookmobile Foundations; the Guam Chamber of Commerce; the Guam Hotel and Restaurant Association; the Guam Contractors Association; the Chinese Chamber of Commerce; Sanctuary; Catholic Social Services; Kamalen Karidat; St. Dominic’s Senior Home; the Guam Memorial Hospital Volunteer Association; the Guam Museum Foundation; the Guam Junior Golf League; and the United Airlines Guam Marathon.

Gera-Van Seters studied accounting and computer science at both the International Business College and Guam Community College and has continued her education through systems and leadership trainings since, to include her Real Estate Pre-Licensing with the National Institute of Continuing Education in 2008. 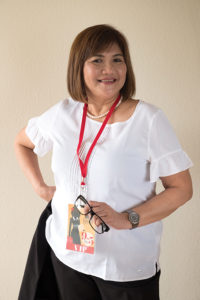 Chito G. de Guzman-Aguilo was born in Manila, Philippines, where she was raised near her parents’ childhood homes in Ilocos Sur and Zamboanga City. In Manila, she perused the beginning of her career in marketing until taking a position with Prestige Automobiles on Guam in 1992. In 1995, her 22-year career in the tourism industry began when she was appointed banquet coordinator and food and beverage secretary at the Palace Hotel Guam. Since, she has spent time at Guam Plaza Hotel; Asia Pacific Hotels — Guam Inc., which does business as Guam Dai-ichi Hotel; and WDI International Inc., which does business as Tony Roma’s Restaurant, among other jobs, before finding her home for the past 12 years as director of food and beverage and club infinity administrator at the Guam Reef & Olive Spa Resort.

She serves as an active member of the Make-A-Wish Foundation, the Guam Hotel and Restaurant Association, the Special Olympics Of Guam and the Guam Platinum Lions Club — in all of which she has chaired dozens of events, fundraisers and volunteer events over the past 12 years.

Guzman-Aguilo holds a 1982 associate’s in advertising and public relations from the Polytechnic University of the Philippines.

She is married to Danny C. Aguilo, and they have four children: Ian Oliver Zara, 38; Omar Joseph DG. Zara, 35; Shawn Aguilo, 36; and Diane Elaine Aguilo, 32. They have 12 grandchildren. 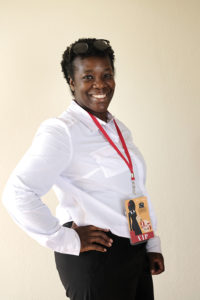 Traci “TC” Jordan began her career in 1995 as an F-16 aircraft specialist in the 69 Fighter Squadron of the U.S. Air Force. But her typical assignments in navigation, penetration and communication systems took a turn in 2004 when she became a Sexual Assault Victim Intervention Advocate for the U.S. Naval Air Facility’s Sexual Assault Victim Intervention Program. Since then, Jordan’s journey has led her to help others in need within the U.S. military — up until 2015 — and outside, when she started Xokiahi Cares Inc. in Dover, Del. in 2009. In 2011 when she was stationed at Andersen Air Force Base, she brought her organization to Guam and has been serving the community through operating and running five community service projects through the company, including Carers’ Kitchen, Angels Giving Souls, Angel Heart Bags and student service learning projects ever since.

In addition to the community service groups Jordan runs, she also remains actively involved in Parents Empowering Parents, the Guam Coalition, the Guam Department of Education and the Homeless Coalition on Guam. 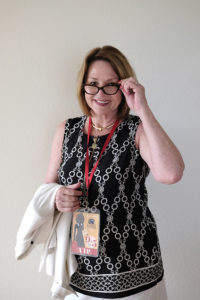 Donna S. Krum spent the first 12 years of her professional life climbing the corporate ladder — from executive assistant to the vice president of insurance at The Dial Corp. and up through to management and executive positions in the insurance industry in Phoenix, Ariz. and Denver and Colorado Springs, Col. In 2010 she found herself using her insurance expertise at Pacific Dental Services in Colorado Springs, which sparked the idea to start her own firm, Friends First Marketing Inc., in 2013 when she moved to Saipan. With Friends First, Krum serves the dental community on Saipan, which took on an even deeper significance when she became co-owner of Paradise Dental Center in 2015.

She serves as vice president of the Soroptimist International Northern Mariana Islands, a board member of the Saipan Chamber of Commerce and co-leader of The Compassionate Friends of Saipan.

Krum holds a 1985 associate’s in business administration, as well as Chartered Property Casualty Underwriter certification and a Community Interest Company Insurance Counselor Certification from the Insurance Institute of America.

She is married to Nelson Krum, and she has two children: Kristen Clark, 31, and Neal Clark, 41. 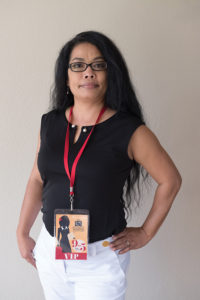 Kathleen M. Thomas-Benavente was inspired to start her own business by the desire to balance her children’s needs with her professional life. Her previous positions, ranging from clerk typist II at the Guam Department of Education to executive assistant, sales and marketing director of purchasing and project estimator at Glass Concepts LLC and administrative assistant at Agora Guam LLC, all required her to stick to a very strict and constant schedule — leaving no time for the most important part of her life, her children. In 2006, Thomas-Benavente began event planning and styling, with the help of her children, out of her home — creating her company, The Occasion. Her success was recognized through her selection as the U.S. Small Business Administration’s 2017 Home-Based Business Champion for Guam.

Twelve years later in March 2018, The Occasion grew from a home-based operation to commercial-based out of the Harmon Industrial Park neighborhood.

Continuing her passion for not only her children, but others who need a family to love them unconditionally, Thomas-Benavente serves as a zealous contributor to the Foster Families Association on Guam, an organization close to her heart.

Thomas-Benavente studied at Guam Community College, earning her G.E.D. in 1994.

She is married to Tommy M. Benavente, and they have four children: Donavin-Scott Castro, 26; Byron Castro, 24; Kaeleen Benavente, 21; and