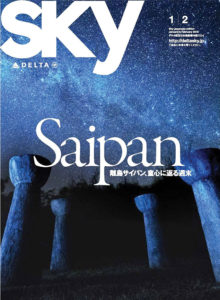 The Northern Mariana Islands are being featured on the cover of the January-February issue of Delta Air Lines’ inflight magazine, Sky, to include an 11-page, full color feature story on Saipan.

In conjunction with magazine coverage, the Marianas Visitors Authority launched an NMI promotion on Jan. 16 at the Delta Sky Club lounge at the Tokyo-Narita International Airport. The one-month promotion features images and videos of the NMI as well as displays and samples from Saipan Brewing Co. and Marianas Coffee.

Sky magazine reaches more than 800,000 readers and more than 600 passengers use the Delta Sky Club daily.

The Northern Mariana Islands were named Best Island Travel Destination by the organizing committee of the 4th Shenzhen International Tourism Expo on Dec. 26, according to the Marianas Visitors Authority.

The tourism expo attracted more than 426 exhibitors from more than 40 countries and regions to include Thailand, Korea, Poland and Peru, with 85,657 visitors attending.

The Marianas Visitors Authority hosted a familiarization tour for representatives from Hong Kong airlines and the Taiwanese travel industry from Jan. 8 to Jan. 11.

The Marianas Visitors Authority issued certificates and badges to the first 126 graduates of its Tour Guide Certification Program on Dec. 28.

The newly certified tour guides, who represent 43 tour operators, attended a 20 hour class Monday to Friday that began on Oct. 23 at Northern Mariana College. They studied topics such as the history, geography and culture of the Northern Mariana Islands, customer service, principles of tour operations and safety.

The next class is scheduled to start in February. For application and checklist email info@mymarianas.com.

The Marianas Visitors Authority launched the Marianagenic campaign on Instagram and other social media platforms to promote the Northern Mariana Islands in Japan.

As part of its campaign, MVA updated the imagery on its website with the help of professional models and photographers to include photographer Jihwan Bae, who has done work for National Geographic, Samsung Electronics and Sony. MVA will also offer Japanese travelers the opportunity to win a pair of airline tickets from Narita to Saipan by following MVA’s social media accounts and posting their favorite images of the NMI with the hashtag #Marianagenic.

The Guam Visitors Bureau announced the launch of its Visit Guam 2018 campaign on Jan. 2, the theme of which is #InstaGuam.

The #InstaGuam concept seeks to promote Guam as an instant destination from major cities in the region while also encouraging local residents to create their own story-driven content through social media. The campaign will also highlight local points of interest, reward people with prizes for posting about certain local businesses and establishments, hold photo contests and seek out social media “influencers” to be brand ambassadors.

Chris and Ryan Zubrick, the magicians who headline the show Zubrick at SandCastle Guam, received the International Magicians Society’s Merlin Award on Jan. 4 at the SandCastle. The award was presented by Tony Hassini, chairman of the International Magicians Society. Previous recipients of the Merlin Award include Criss Angel, Penn & Teller and David Copperfield.

Zubrick opened at the SandCastle in 2016 and can be seen twice nightly, five nights a week.

The Guam Department of Agriculture announced that during a summer 2017 survey it discovered there are more ko’ko’ birds — also known as the Guam Rail — living in the wild than in captivity for the first time since the surveys began. There are an estimated 175 to 260 birds living in the wild compared to 123 living in captivity under the Ko’ko’ Recovery Program and an additional 40 to 50 living in mainland zoos. In September, two ko’ko’ birds hatched at the Smithsonian Conservation Biology Institute in Front Royal, Va. and were released along with 47 other birds on Rota. The Guam Department of Agriculture also has eight eggs it expects to hatch soon and is expecting a shipment of seven ko’ko’ birds from the Pittsburgh Aviary. The birds, which are expected to arrive in March, are currently in quarantine at Disney’s Animal Kingdom near Walt Disney World Resort in Orlando, Fla. Walt Disney Co. personnel have visited Saipan to assist with the Ko’ko’ Recovery Program since 2002.

50th anniversary celebration of Yap Day to be held

The 50th anniversary of Yap Day was held from Feb. 28 to March 1 at the Makiy site in Gagil Municipality and at the Yap Living History Museum in Colonia on March 2.

United Airlines was ranked number one among global carriers in Newsweek’s 2017 Global 500 Green Rankings, an environmental performance assessment of some of the world’s largest publicly traded companies. United Airlines also placed 59th among U.S. brands and 100th among global brands on Newsweek’s list and won Air Transport World Magazine’s 2017 Eco-Airline of the Year. 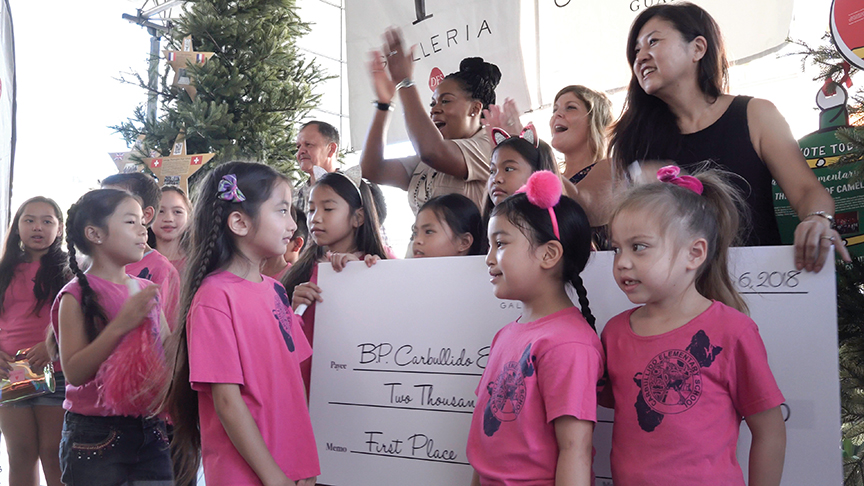 T Galleria by DFS held its fifth annual Festival of Trees on Jan. 6. The event included awards for a student-designed Christmas tree ornament competition for both elementary schools and high schools.

The winning schools for the high school division were:

The winning schools for the elementary school division were:

Winning schools were awarded $2,000 for first place, $1,000 for second place and $500 for most creative. All other schools were received $200 for participating.