on January 26, 2016 | Leave a comment
Departments In the Spotlight 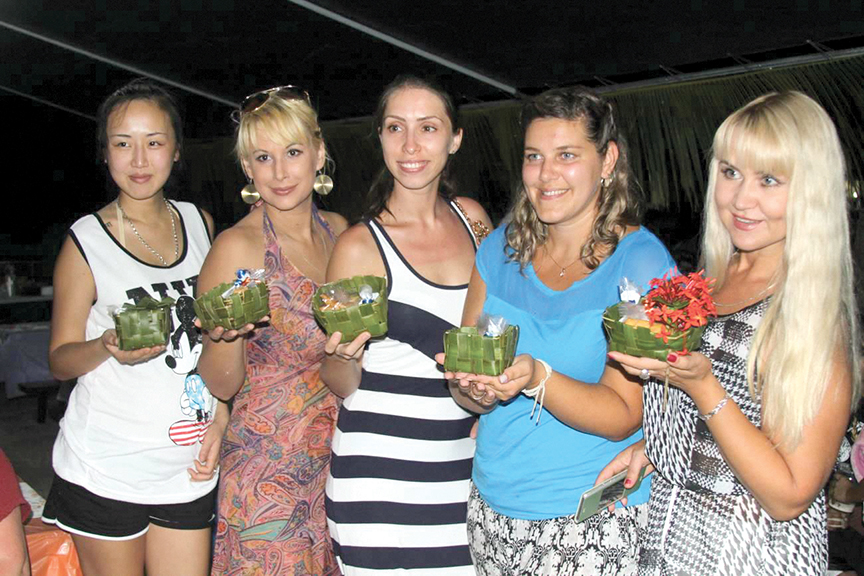 The Northern Mariana Islands was visited by several Asian media outlets for television, magazine and other media coverage:

The purpose of the contest is to engage students to think about and share what they believe the China tourist market could have on Guam’s economy, tourism industry, environment and society.

The contests are open to UOG students, while the video contest will have a special category for high school seniors. Prizes range from $250 to $1,000. 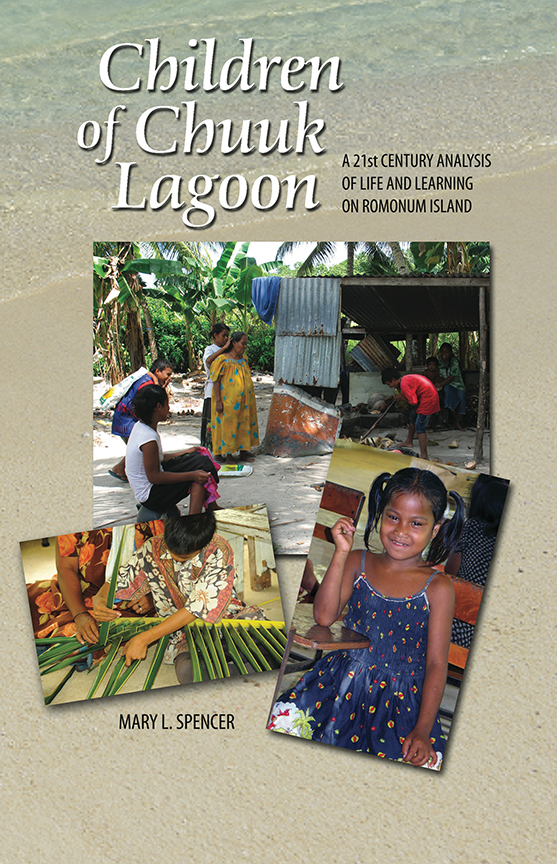 The book presents Spencer’s research on the daily lives of contemporary 6- to 14-year-old school children on Romonum Island in the Chuuk Lagoon. It features recorded observations of Romonum children in home, school and community settings. The book also includes testimonies from family members, educators and community leaders regarding the goals they have for their children’s futures in light of accelerated migration and rapid social change in Romonum. 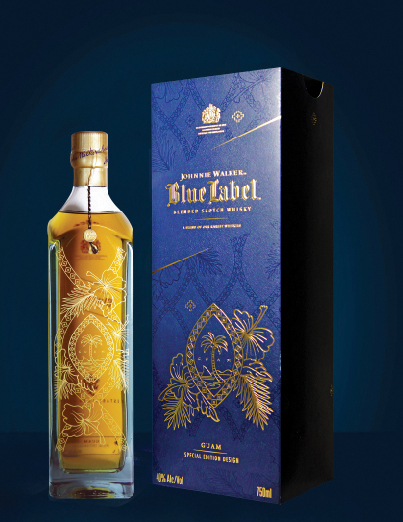 Island Wines & Spirits announced the return of the Johnnie Walker Blue Guam Special Edition bottle. It was first launched in July with 600 bottles engraved in gold with the Guam Seal in a unique design to capture the island’s cultural heritage and beauty. 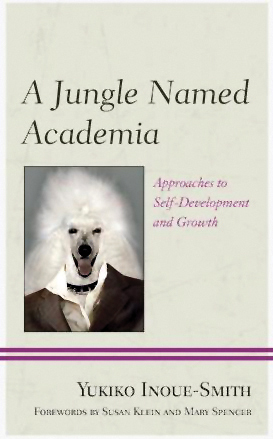 Yukiko Inoue-Smith, professor of educational psychology and research at the University of Guam School of Education, released a new book, titled “A Jungle Named Academia, Approaches to Self-Development and Growth.” Published by Hamilton Books, the book features forewords by Susan S. Klein and Mary L. Spencer and explores methods and the need for professors to maintain professional ethics, encouraging professors to reflect on their daily work.

Inoue-Smith is the author of “Blended and Online Learning Technologies” and “Online Education for Lifelong Learning” as well as tanka collections “Was it all a Dream?” and “Cat Tanka, Vol. 1.”

The Richard Flores Taitano Micronesian Area Research Center at the University of Guam screened the documentary “Manenggon March and Concentration Camp Survivor Accounts” on Nov. 10 as part of its seminar series. Produced and directed by MARC Research Associate Rlene Santos Steffy and edited by UOG graduate of communication and journalism Jessi Jon Santos, the documentary presents personal accounts of Chamorro endurance during the two-week rush at the end of the Japanese occupation to assemble the island’s people into the Manenggon Valley.

The Marianas Visitors Authority attended the China International Travel Mart held from Nov. 13 to 15 in Kunming, China. The event is the largest professional travel mart in Asia. More than 100,000 industry and media representatives and consumers attended the event. The MVA distributed information and brochures at its booth, which was highlighted by indigenous Carolinian cultural dancers and craft demonstrations. More than 100 countries and regions participated in the event. 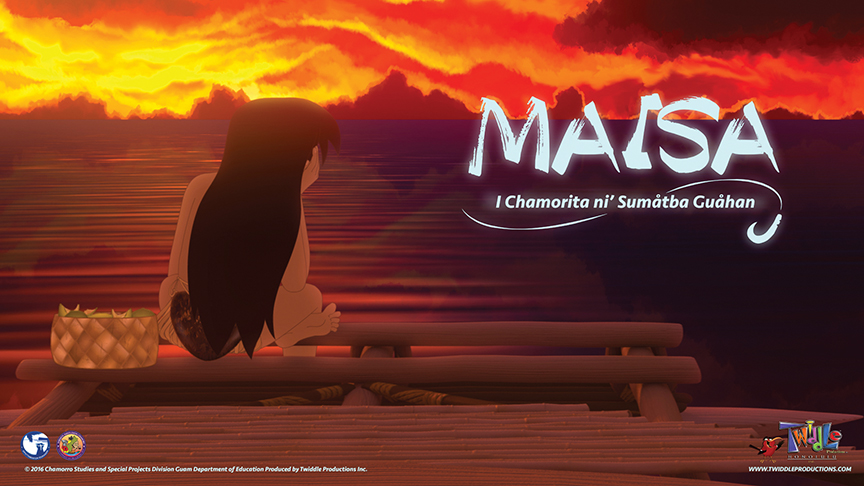 Hawaii-based production company Twiddle Productions Inc. in partnership with the Guam Department of Education Chamorro Studies and Special Projects Division produced the first Chamorro animated film, “Maisa: The Chamoru Girl who Saves Guahan.” The film mixes live action, computer generated images and two-dimensional animated components to depict the Chamorro legend of maidens who saved the island from being devoured by a beast.

The film premiered on Dec. 7 with an exclusive showing for cast, crew and stakeholders at Agana Shopping Center Stadium Theaters, with public screenings available from Dec. 9 to 13.

The film will be used as an educational tool for GDOE.

Guam Homeland Security/Office of Civil Defense is preparing Guam for the design, deployment and operation of the National Public Safety Broad Network, a national high-speed wireless broadband network dedicated to public safety. The broadcast network will help facilitate coordination between public safety entities and first responders, including the Guam Fire Department, Guam Police Department, Guam Department of Homeland Security/Office of Civil Defense, Guam Memorial Hospital and the Guam Army National Guard, and allow the agencies to exchange video, text and voice, via a secure network separate from the public network. The network will launch in 2018.

Guam and Taipei restaurants are rated in a blog authored by Ping-Yian “Edward” Lu, chief nutritionist of GNC Guam. Lu lists restaurants in Guam and Taipei, rating them with Michelin stars based on his personal dining experience.

Lu was inspired by his travels between Guam and Taipei, as well as his experience dining at Michelin-rated restaurants abroad. Guam and Taipei have not been rated by Michelin since 2009, Lu writes. The blog, titled “Ed’s Michelin List,” can be found at http://edsmichelinlist.blogspot.com.

The University of Guam Communication Society and local chapter of the National Communication Association Lambda Pi Eta celebrated the 50th anniversary of Triton’s Call, the university’s student-run newspaper, on Nov.13 with a gathering of current and past members of the paper, including editors, writers and communications department faculty. The event also raised funds for students to participate in off-island conferences to help develop academic and professional portfolios.

In recognition of the 50th anniversary of the Supreme Court of the United States’ landmark decision in Miranda v. Arizona, the District Court of Guam and the U.S. Court of Appeals for the Ninth Circuit are sponsoring an essay and video contest for high school students. At the local level, the District Court of Guam is offering cash prizes of $150, $100 and $50 for the first three places in each contest, which will be submitted to the Ninth Circuit contest  to compete for cash prizes of $2,000, $1,000 and $500 for first, second and third place  respectively.

Contestants may enter one or both contests, and the video contest is open to small teams of students. The contest is open to sophomores, juniors and seniors attending public, private, parochial and charter schools as well as homeschooled students of equivalent grade status. A panel designated by Chief Judge Frances Tydingco-Gatewood will be judging the Guam entries for inclusion as finalists in the Ninth Circuit contest. Submissions close on April 15. Guam winners will be announced on May 13 and Circuit contest winners on June 6. 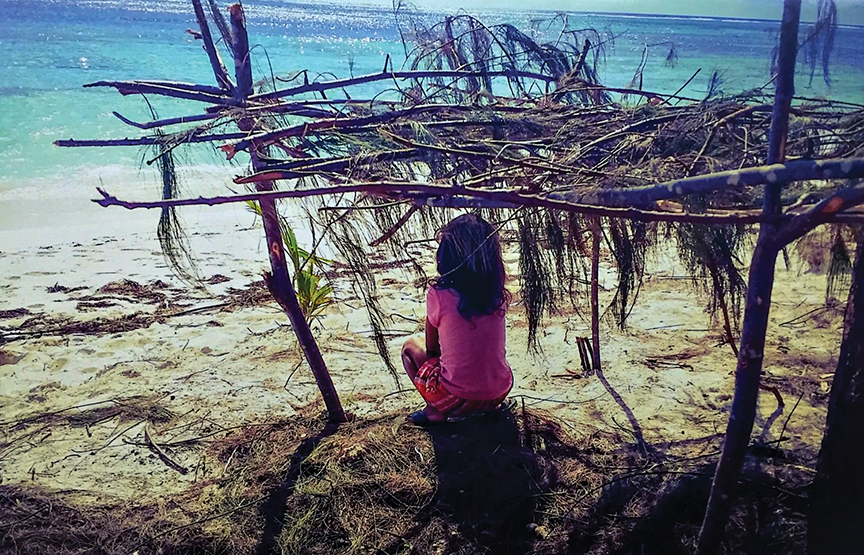 The winning entry of the weRcnmi photography contest, “Makeshift Playground,” was submitted by Ivan Blanco, with the caption: “A 5-year-old girl surveys the playground (the ocean) under a makeshift cover built from damaged pine tree branches.”