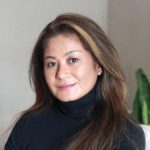 Eloisa Dimarucut Hudson as director of Enterprise Marketing. She previously was sales and marketing manager for Guam and the Northern Mariana Islands for StayWell Insurance and previously was the marketing promotions manager at DFS Guam. Hudson formerly operated etcetera boutique, sunglasses etc. and ba6 apparel. Before arriving in Guam in 2010, her prior career in Southern California included a position as senior marketing manager for McAfee. Hudson studied fine arts at the University of California at Irvine and holds a 1992 certification in graphic design from the Platt College School of Design and a 2017 marketing strategy certification from eCornell University.

Hudson has been an advocate and collaborator for Guam Cancer Care, a committee member for Boy Scouts of America and an advisory board member and mentor for the Oasis Empowerment Group. Borja holds a 2010 bachelor’s in business administration from the University of Guam. Nicholas Shoemake as senior account manager for Enterprise Sales. He is also a software engineer. Shoemake formerly was a sales executive with Guam AutoSpot and previously production lead for the 6AM Group, and sales and solutions executive with Xerox in Guam.

Shoemake is completing his bachelor’s of business administration at the University of Guam, and holds an associate of arts from Northern Marianas College. 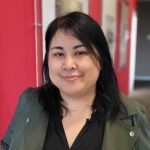 Marlese R. Aguon as senior account manager for Enterprise Sales. She previously was a loan specialist for OneMain Financial LLC in the U.S. mainland.  She has 13 years of experience in telecommunications. She previously was managing director for the Cannabis Commission of the Northern Mariana Islands and formerly was special assistant for youth affairs in the NMI Office of the Governor.

Sablan holds a 2015 bachelor’s of arts from the University of California Irvine, and a 2013 associate’s of arts from Irvine College, Calif., where she double majored.

She is a 2017 alumna of the Pacific Century Fellows – Marianas Chapter, and is the chairwoman of the Sponsorship Committee of the Marianas March Against Cancer and a board member and director of public affairs for the Marianas Young Professionals. 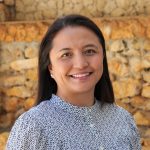 Kina B. Peter has been appointed corporate controller for Triple J Saipan. She previously was public auditor for the Northern Mariana Islands, and formerly served as senior finance manager for Boeing and financial controller for Initium Aerospace LLC, a joint venture of Boeing and Safran.

Peter began her career as a senior auditor for Deloitte & Touche LLP in Saipan in December 1999. She holds a bachelor’s of business administration from the University of Portland’s Pamplin School of Business, and is a certified public accountant. 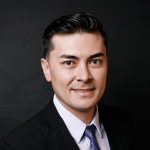 Stephen Gatewood was promoted to sales and customer service manager for Guam and Micronesia for Matson Navigation Co. He previously was marine coordinator at Matson and formerly the sales and marketing manager at Alupang Beach Club from 2013 to 2019.

He is Matson’s Scholarship Ambassador to the University of Guam for the Matson Leadership Diversity Scholarship, also helping to oversee Adahi I Tano,’ Matson’s community environmental program in Guam.

Gatewood serves on the advisory board of the Guam Green Growth Circular Economy Makerspace and Innovation Hub located at the Chamorro Village, a division of the UOG Center for Island Sustainability,

He is co-founder of the Millennial Brotherhood Scholarship, which provides financial aid to incoming high school students at his alma mater, Father Duenas Memorial School,

Gatewood holds a 2013 bachelor’s of arts from San Diego University. 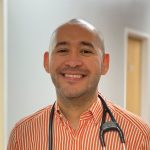 She has more than four years of experience as a family nurse practitioner and more than 10 years of experience as a critical care and emergency nurse. Phillips holds a 2007 associate’s in registered nursing from Bluegrass Community and Technical College, a 2015 bachelor’s in nursing science from the University of Louisiana at Lafayette, and a 2017 master’s in family practice/nursing from South University. Patrick Perez has been appointed director of Operations for NAKICOS Corp., which does business in Guam and Saipan as Subway Restaurants/and as field consultant for AAFES & NEXCOM Pacific Region.  He will continue as general manager of Chili’s Grill & Bar, his prior appointment.

Perez previously served as general manager of the Baldyga Group’s the Beach Restaurant & Bar Guam and the Taotao Tasi Guam dinner theater, and has held a variety of managerial appointments with Chili’s in Guam and the U.S. mainland. He has more than 20 years of experience in the hospitality industry and operations. Hillary Acfalle has been named human resources manager for the group comprising Glimpses of Guam, Subway Restaurants, Foremost Foods and Coca-Cola Beverage Co. and Chili’s Grill & Bar. She previously was a generalist with the HR department and joined the group 12 years ago as a business support specialist. 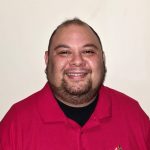 Pay-Less Markets has promoted Anelie Tumanda to manager of Sinajana Pay-Less. She previously was an assistant store manager at Payless, formerly serving as shift supervisor and head cashier since joining Pay-Less as a cashier in 2003. 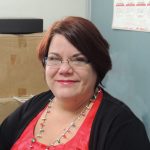 She has more than 30 years of experience in broadcasting and media, having worked as a radio personality, writer, marketing and public relations professional in Guam and the U.S. mainland. Hanson holds a 2004 bachelor’s in communications from the University of Guam. 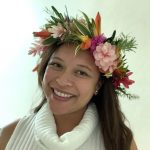 Deleon Guerrero has more than 17 years of private sector experience including 11 years in the construction industry as an office manager, credit manager and contract administrator in Guam and Hawaii.

She holds a 2012 bachelor’s of arts in communication from the University of Guam. Deleon Guerrero is currently completing her master’s in public administration at UOG. Sherry Reyes has been appointed as the property public relations manager for Dusit Beach Resort Guam, Dusit Thani Guam Resort and The Plaza.

Reyes began working in the hospitality industry in 2015 as the executive assistant to the regional vice president of operations for Dusit, an appointment she held for seven years. Greta Sartori as researcher. She previously was divemaster with BluTek & Voglia di Mare Diving in Sicily, Italy and previously divemaster and underwater photographer with Remote Area Dive in Townsville in Queensland, Australia. Sartori holds a 2017 bachelor’s of science from Universita di Bologna in Italy and a 2019 master’s of science in tropical marine biology from the University of Essex. She holds multiple certifications in her field, including those from the World Underwater Federation and the Professional Association of Diving Instructors. Ben Carroll as resilience advisor to provide specialist technical support to the Resilient Reefs Initiative. Prior to arriving in Palau, he held appointments throughout the Pacific to include as coral reef ecologist at the Department of Marine and Wildlife Resources for American Samoa. He has more than 20 years of experience as a a tropical fisheries and marine conservation biologist with work in both research and resource management.

Lyvonsky Tatebe as boat operator. He previously was a dive guide and boat operator in Palau’s tourism industry and formerly served in the U.S. Marine Corps. Carmen G. Cantor has been sworn in as the assistant secretary for insular and international affairs at the U.S. Department of the Interior. He previously was the commanding officer of Naval Mobile Construction Battalion 4 in Port Hueneme, Calif., – a command he was appointed to as battalion executive officer earlier in his career, and prior to that was assistant operations officer for NAVFAC in Washington, D.C.

Brown’s operational tours include deployments to Guam, Crete, and Spain, Fallujah, Okinawa, and Pakistan. His shore assignment locations include assistant resident officer in charge of construction, Naval Air Station Fallon in Nevada and Public Works officer in Chinhae, Korea; and he has served as director of Training Operations for the Center for Seabees and Facilities Engineers.

Brown is a registered professional engineer in the state of Oregon and a member of the Society of American Military Engineers. He is a qualified Seabee Combat Warfare officer, Naval War College JPME I certified, DAWIA Level III, and a Defense Acquisition Corps member. His personal decorations include the Defense Meritorious Service Medal, and several Meritorious Service Medals, Navy and Marine Corps Commendation Medals, and Navy and Marine Corps Achievement Medals. He was a Visiting Associate Professor at the Graduate School of East Asian Studies at Yamaguchi University in Japan in December 2012 and January 2013 and also a consultant to the American Club of Tokyo from 2004 to 2006.

Schumann’s appointments in the private sector included general director for the Asia Pacific Region for The Athlete’s Foot Group Inc. and director of training for DFS in Guam.

Schumann holds a 1981 bachelor’s in history from the Western State College in Colorado, a 1990 master’s in Asian studies from the University of Oregon, and a 2006 doctorate in tourism from Ritsumeikan Asia Pacific University in Oita Prefecture in Japan.

He is listed as a Google Scholar for his extensive writings on tourism, economic development and case studies.