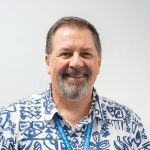 Jay R. Shedd, has been appointed chief marketing officer for Citadel Pacific Ltd., the holding company for IT&E, IP&E – which does business as Shell in the region, the ITC building and the PACIFIC POINTS Loyalty Program.  He previously was the senior director of sales, marketing and customer service for IT&E, which he joined in 2018, and formerly was the president and chief operating officer of the Sorensen Media Group, an appointment he held from 2014. Jeffrey A. Schindler has been appointed president of CAM5 Real Estate, which does business as PFC Development. He previously was general manager for Underwater World and Sea Grill Restaurant.

Schindler holds a 1997 bachelor’s of arts from Ohio State University and a 2012 master’s of business administration from the University of Phoenix. Kimberlyn King-Hinds has been elected president of the Association of Pacific Ports. She is the chairwoman of the Commonwealth Ports Authority, a post to which she was elected in December 2018. The CPA oversees three airports and three seaports in the Northern Mariana Islands.

Aside from ports in the NMI, Guam, the Federated States of Micronesia, the Marshall Islands other ports represented include those in American Samoa, Taiwan, and Canada

and various locations in the U.S. mainland. The APP also has a number of associate members.

King-Hinds holds a 2000 bachelor’s from Loyola Marymount University, a 2007 master’s in human resource management and personnel administration from the Shidler School of Business at the University of Hawaii at Manoa and received her juris doctorate in 2014 from the William S. Richardson School of Law at the University of Hawaii at Manoa. She is the conflict counsel for the NMI Settlement Fund and legal counsel for the Tinian Mayor’s Office. 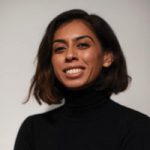 Ilana Seid has been nominated as ambassador of Palau to the United Nations. She is founder and CEO of the lifestyle brand, Sunday Morning and managing member of Greene Street Realty Investors LLC. Seid has a work history in the financial services and banking industry in the U.S. and internationally.

She holds a 2007 bachelor’s in economics from Stanford University.

Seid is the daughter of Alan R. Seid, chairman of Micronesian Investment and Development Corp. and Sophia Seid.

Capt. Michael D. Luckett was appointed commander of Naval Base Guam. He previously was commanding officer of the USS Emory Land.

Luckett has held a number of seagoing assignments and deployed in support of submarine missions worldwide. Among his other appointments, he was deputy commander of Task Force 69 in Naples, Italy.

Luckett holds a number of personal, unit and campaign awards. 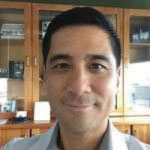 Patrick J. Bulaon has been appointed operations manager at Matson Navigation Co. He previously was Asia Pacific Field marketing manager for Mobil Oil, and formerly country manager with Mobil Oil Fiji from 2015 and prior to that was programs manager, and retail and commercial sales manager with Exxon-Mobil in Singapore.

Bulaon holds a 1990 bachelor’s in business administration from Marquette University in Milwaukee, Wis. He previously was co-founder of Pro Logistics Hawaii. Prior appointments include sales and marketing manager of Alupang Beach Club.

Gatewood holds a 2013 bachelor’s of arts from San Diego University.

He is a member of the board of the Guam Visitors Bureau, and a member of the Korean Marketing Committee and the water safety volunteer coordinator for the Cocos Crossing Swim. 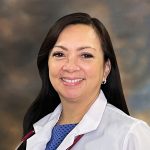 Dr. Edna V. Santos has rejoined the FHP Health Center. She previously was in private practice for 15 years. Santos holds a bachelor’s of science and a medical degree from the University of Santo Thomas in the Philippines.  Her pediatric residency was at the Indiana University Health Methodist Hospital and Riley Children’s Hospital at Indianapolis, Ind.

Santos is a member of the American Academy of Pediatrics and has been an instructor for neonatal resuscitation and also for pediatric advanced life support since 1996. She has more than 25 years of experience in pediatrics. Niño Pate has been appointed business analyst for Emerald Pacific Corp., which does business as Alamo, Enterprise and National Car Rental. He previously was vice president of administration and finance and chief financial officer, and prior to that director of institutional effectiveness and assessment at Pacific Islands University. Pate formerly was institutional research analyst and assessment consultant at Palau Community College. 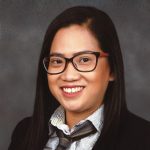 Socorro Yandoc has been promoted to general manager of McDonald’s Tamuning branch. She started her career in 2008 as a crew member, gradually working her way up to crew trainer, shift manager and then to department manager in the Yigo and Harmon locations before being promoted to her current position.

Socorro’s training includes attending Hamburger University in Chicago, Ill., where she passed the course and earned her degree in Hamburgerology.

The Asia Pacific Association for Fiduciary Studies has announced two board members from Palau. They are Palau Minister of Finance Kaleb Udui Jr. and Sen. Rukebai Kukio Inabo, who is chairwoman of the Senate Committee on Ways & Means and Financial Matters of the 11th Olbiil Era Kelulau..

APAFS Board of governors for Palau include Patrick U. Tellei, president of the Palau Community College – who is also vice chairman of the board.

The chairman of the board of APAFS is Wilfred Leon Guerrero, chairman of the Government of Guam Retirement Fund, the treasurer is Raaj Kurapati, executive vice president for business and finance and chief financial officer at the University of Memphis, and the board secretary is Anna Mendiola, president and CEO of the FSM Development Bank.

The Guam Conservatory of Arts has announced its founding board of directors. They are