LeoPalace Resort Guam has announced the appointment of Ryosuke Kuroiwa as general manager. He has held various leadership roles at LeoPalace in sales and reservations, rooms, golf, retail and leasing and has been with the resort since 2001. Kuroiwa began in the hospitality industry in Japan in 1991 and has previously worked for Apex Resort Toya, the Windsor Hotel Toya the Royal Classic Sapporo, Asahikawa Green Country Club and Hotel LeoPalace Sapporo. 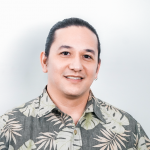 Citadel Pacific Ltd. has appointed John J. Rivera as director of human resources and corporate development. He previously was tenured associate professor of public administration with the School of Business and Public Administration at the University of Guam. He is the co-founder and former director of the Regional Center for Public Policy.

Rivera holds a doctorate from Capella University in Minneapolis, Minn., in organization and management with a specialization in leadership, a master’s in public administration from UOG, and a professional master’s of business administration from UOG. He also holds various credentials and certifications, including an executive certificate in public policy from the School of Government at Harvard University in Cambridge, Mass. He is a Human Resources Certification Institute recognized subject matter expert as a senior professional in human resources – international.

Rivera is the chairman of the board of commissioners of the Guam Housing and Urban Renewal Authority.

He was founding board vice president and past president of the FBI Guam Citizen’s Academy Alumni Association and founding board member and past president of the Rotary eClub of Pago Bay Guam. He also served in the Guam Green Growth Working Group on the United Nations Sustainability Goals, and as a board director of the Society of Human Resource Management Guam Chapter. Rivera was recognized as one of 40 emerging leaders in the Government of Guam, and the first local in 2020 to win the UOG Triton Faculty of the Year Award. 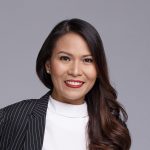 IT&E has appointed Rina Marie Guzman as the IT director for Guam and the Northern Mariana Islands. She previously was board director and transformation leader – Customer Experience of Cisco Philippines and formerly was chief information officer, country leader (Philippines) and ASEAN business design consultant with IBM from September 2015.

Guzman held various positions at Intel from 2006 to 2014, where she was the first Filipino and female technologist, as well as the first female and senior technical leader on the company’s senior management team.

Guzman has a total of 16 years of experience in the technology industry in the Philippines and the Asia Pacific region.

Guzman also holds two invention disclosure submissions in the Intel Patent Office and is author of “Set Me Ablaze,” an inspirational guide for young career professionals. 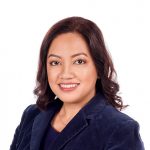 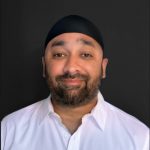 He holds a 2003 bachelor’s of science in business administration from Notre Dame de Namur University in Belmont, Calif. 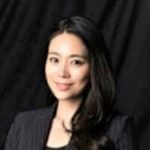 Min holds a bachelor’s in international management from Kyunghee University in Seoul and a master’s in fashion, marketing and management from Mod’spe fashion and design school in Paris. 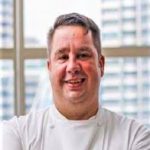 Matteo Fracalossi as executive chef. He previously was executive sous chef at Grand Hyatt Kuala Lumpur and formerly was chef de cuisine at the Opera Restaurant at the Park Hyatt in Saigon (Ho Chi Minh city). Prior to that, he was Italian chef at the Banana Island Resort in Doha, Qatar and began in the culinary industry in Trento, Italy.

Fracalossi holds a 2000 diploma from the Istituto Alberghiero Levico in Italy and has more than 26 years of experience in his field. 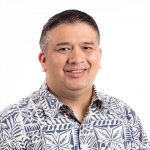 Joseph B. Gumataotao has officially assumed the role of chief human resources officer at the University of Guam.

He most recently served as acting and interim chief human resources officer. In July, his title became official after a competitive search.

He previously was the director of UOG’s Equal Employment Opportunity office and coordinator for Title IX and Americans with Disabilities Act compliance at UOG.

Earlier in his career, he worked as a general practice attorney an as a senior law clerk for now-retired Judge Anita Sukola, prior to joining UOG.

Gumataotao holds a bachelor’s in communication from the University of Guam and a juris doctorate from the Ave Maria School of Law, an independent Roman Catholic law school in Naples, Fla., and is a member of the Guam Bar Association.

Dr. Megan E. Klocek has been appointed obstetrics and gynecology physician at the Guam Department of Public Health and Social Services. She is the head of the Department of Obstetrics and Gynecology for the U.S. Navy Medicine Readiness and Training Command Guam and will be working part-time when off duty.

Klocek holds a 2009 bachelor’s of science in International Relations from the U.S. Naval Academy, a 2013 doctorate of medicine from the Pennsylvania State College of Medicine and completed her residency in obstetrics and gynecology at the University of Pittsburgh Medical Center Magee Women’s Hospital in 2017.

She is a member of the Alpha Omega Alpha Honor Medical Society and the American Association of Gynecologic Laparoscopists, and a fellow of the American College of Obstetricians and Gynecologists.

Country Club of the Pacific has appointed Brian Quichocho as golf course superintendent.

Quichocho holds a certification in golf course management from the Mundus Institute, a golf management school located in Phoenix, Ariz., and has more than 26 years of experience in golf course operations, turfgrass management, and country club maintenance. His career began at Raven Golf Club in Arizona as a spray technician, and he also was appointed irrigation manager at other Arizona-based country clubs. Quichocho first worked in the golf industry as a part-time starter at CCP during his college years at the University of Guam.

The Saipan Chamber of Commerce announced the election of the 2023 to 2024 board of directors.

Patrick U. Tellei has been appointed chairman of the Organizing Committee for the 2025 Pacific Mini Games, which will be held in Palau.

The Guam Chamber of Commerce membership elected nine directors to the2023 Chamber Board. 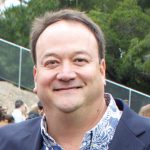 Shimizu was the highest vote-getter and will automatically serve on the chamber’s Executive Committee in 2023. 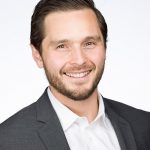 TASI Bank, a community business bank based in San Francisco, has expanded into the San Diego market and has relocated Jesus H. Leon Guerrero, vice president/relationship manager; to cover the territory. TASI Bank, a division of Bank of Guam, has operated a branch in San Francisco’s Financial District since 1982, and has total net assets of approximately $450 million.

He is the son of the late Anthony A. Leon Guerrero, former president and chairman of Bank of Guam.