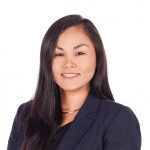 Guam Temps Inc. announced the promotion of Jenynne Guzman to president of the company and majority shareholder.

She previously was general manager and formerly office manager and joined Guam Temps in 2016. Guzman will work founder Maureen Newman, who began the business in 1988.

Guzman also serves as a guardsman with the Guam Army National Guard. 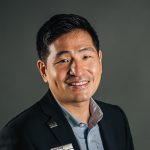 Nick Song has been promoted to president of Haevichi Hospitality Guam Inc., which does business as the Westin Resort Guam. He previously was general manager and was appointed to that position on Jan. 1, 2020. Song has more than 20 years of experience in the hospitality industry working with a variety of brands in the U.S. mainland, Korea, Thailand and Canada.

Song holds a 2002 bachelor’s of science in hotel administration from the University of Nevada in Las Vegas.

He is a member of Les Clefs D’or and SKAL and a member of the board of the Guam Hotel & Restaurant Association. Starwood Hotels and Resorts recognized Song as an Exceptional Leader during his time as assistant general manager in the chain. 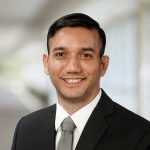 Asia Pacific Financial Management Group announced the promotion of Jon C. Ulloa of to vice president. He formerly was financial advisor with the group.

Ulloa is also a shareholder of the company, which he joined in 2012. Previously, he worked in the financial services industry in San Diego. Ulloa holds a 2000 bachelor’s of science from San Diego State University.

He is the president of the National Association of Insurance & Financial Advisors – Marianas. 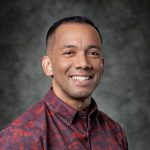 Bernie D. Lobaton is promoted to vice president of support services. He previously was assistant vice president for materials management and has been with GRMC since 2014.

Lobaton has several years of experience in the financial services industry in Guam and the U.S. mainland. He holds business administration qualifications from Holy Angel University and completed the Cornell University professional development program in 1999.

Lobaton was recognized in January 2015 with the 2015 Executive Award and in 2018, Lobaton with the CEO’s Award. 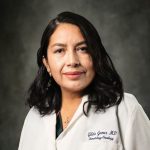 Dr. Gilda Gomez has joined GRMC as a hematologist/oncologist.  She previously was in private practice and formerly a medical oncologist/hematologist at the James A. Haley Veterans Hospital in Tampa, Fla. until July 2005.

She holds a 1989 medical degree from the Universidad Evangelica de El Salvador where she was named “Best Medical Student, Class of 1989.” Gomez completed an internal medicine and hematology/oncology residency in Medico City at the National Institute of Health Science and Nutrition and completed her residency at the University of South Florida, where she was also chief resident and taught as an assistant professor of medicine. 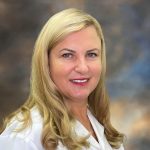 She additionally holds a 2008 bachelor’s of business administration from the City University of Seattle.

Payless Supermarkets Inc. has promoted Nelson Santos to store manager at Oka Pay-Less. He previously was assistant store manager at Dededo Pay-Less and has been with Pay-Less for 10 years after joining the chain as a cashier.

Alma Guiang has relocated from the Oka store to Dededo Pay-Less as store manager. Alma has been with Pay-Less for 29 years and joined the chain as a cashier. 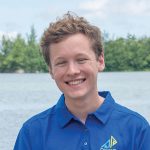 The Palau International Coral Reef Center has appointed Nik Varley as communications and outreach officer. He previously was station manager of WHPK 88.5FM in Chicago.

Varley graduated from the University of Chicago in 2019, where he studied English and environmental science. 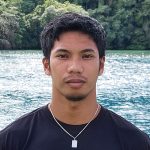 Adrian Ililau has joined the coral reef center as a research assistant. He holds a 2021 associate’s in environmental and marine science from Palau Community College.

Ililau previously completed an internship with the center as well as working with researchers at the Stanford Center for Ocean Solutions during that time. He also holds a PADI Open Water Scuba certification.