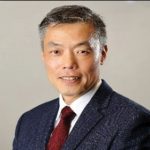 Alex Yap has been appointed president of Atkins Kroll Inc., where he will oversee AK in Guam and Saipan as well as Morrico Equipment.

He was formerly director of retail sales and distribution for Borneo Motors Singapore Pte. Ltd., an Inchcape Company in Singapore, an appointment he held since April 2017. Previously Yap was CEO of ABWIN in Singapore, and prior to that was managing director of Performance Motors Ltd., where he was responsible for BMW dealership operations for Cars and Bikes, the Hertz and Thrifty leasing franchise and was instrumental in setting up the BMW Motorrad operation in Vietnam and BMW cars in Singapore.

Yap holds a 1999 bachelor’s in business administration from the Royal Melbourne Institute of Technology in Singapore and a 2004 master’s in international management from RMIT. He also attended in 2010 the senior executive program at the London Business School – a college of the University of London. 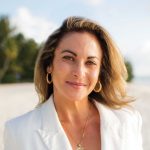 Tracy Guerrero has been appointed director of operations for AK in Guam and Saipan. She formerly was the corporate controller for Triple J Saipan Inc. from February 2017. She previously was the chief financial officer for Northern Marianas College from May 2013.

She holds 1996 bachelor’s of arts in political science from the University of California at Berkeley and a 2001 master’s of business administration from California State University at Hayward. Guerrero served as a member of the board of the Northern Marianas Humanities Council. 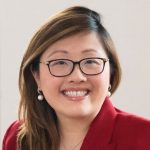 DFS Group Ltd. has announced the appointment of Rachel Tan, as vice president for operations for T Galleria for the Mid Pacific region.

Tan has been with DFS since 2005, joining the group as a management trainee.

She holds a 2001 diploma in hospitality management from Temasek Polytechnic and a 2002 bachelor’s of business administration in hospitality from the Les Roches International School of Hotel Management in Crans-Montana, Switzerland.

Tan is a member of the EGN Singapore Pte. Ltd. global executives network and has been a Leadership Development Institute Ambassador at the Human Capital Leadership Institute since June 2021.

DFS has also announced the promotion of Gina Artero as general manager of T Galleria by DFS. She formerly was assistant general manager, since August 2020 and has more than 21 years of experience in the luxury retail industry, previously having held numerous roles with DFS in merchandizing and store management, including assistant division merchandise manager and region merchandising manager for fashion, product sales manager for fashion (Gucci, Coach, and Burberry), Beauty, Assistant General Manager.

Artero also worked for GuamCell Communications and for various media and advertising companies early in her career. 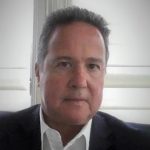 William Edwards has been appointed general manager and leasing manager of the Plaza. He formerly was park president of Six Flags China in Haiyan in Zhejiang Province and previously was CEO of Integrated Theme Parks & Attractions in Kuala Lumpur in Malaysia.

Edwards was general manager of T Galleria by DFS in Guam between 1995 and 2001.

He is a 1982 graduate of the University of Houston. 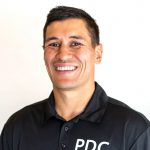 Christopher P. Sgro has been appointed general manager of the Pay-Less Distribution Center. He previously was on-premise sales manager for the Pepsi Guam Bottling Co. and formerly was operations manager and assistant production manager at Pepsi, where he worked for 10 years.

Previous appointments include as an industry specialist at the Guam Economic Development Authority and as a mortgage underwriter at ANZ Bank in Guam.

Sgro holds a 2008 bachelor’s in business administration from the University of Portland. 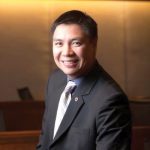 Abner Acosta has been appointed assistant general manager at the Westin Resort Guam. He formerly was director of operations at the Westin from March 2018.

Acosta has more than 25 years of hospitality experience.

The Guam Contractors Association announced its 2022 board of directors. 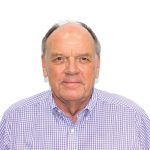 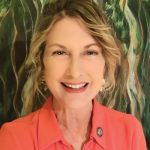 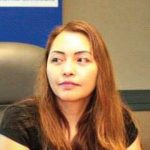 Roanna Peredo is the 2022 Employee of the Year for Naval Facilities Engineering and Systems Command for the NAVFAC Pacific area of Operations.

She is the contract specialist at the Office in Charge of Construction for Marine Corps Marianas and was recognized as the lead contract specialist and contracting officer for four projects valued at $398 million. Among her other accomplishments, she was assigned to the clearing of 563 acres of jungle and installing 52 miles of utilities infrastructure for Marine Corps Base Camp Blaz.

According to Glimpses Media files, Peredo was accepted into the NAVFAC Leadership Development Program in 2017. The competitive program is designed to develop future NAVFAC leaders by providing employees who demonstrate an aptitude for leadership with core management skills and an in-depth knowledge of the NAVFAC enterprise. Peredo holds a bachelor’s degree in management and a master’s of business administration, both from the University of Guam.

After working at several local banks, Peredo began her career at NAVFAC in March 2009.