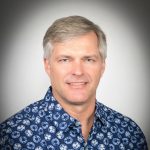 Polk will continue to oversee commercial banking, in addition to his current responsibilities for the bank’s Trust Services Group, Cash Management, Merchant Services and Corporate Facilities, and is a member of the bank’s executive committee.

Polk served in Guam as executive vice president and manager of the Pacific Islands Division of the Bank of Hawaii from 2006 until 2009.

He has 32 years of experience in the financial services industry and more than 20 years at Bank of Hawaii, Polk has held a variety of other leadership roles since his departure from Guam.

He serves on the board of directors of the Hawaii Medical Service Association and After-School All-Stars Hawaii and is a trustee for Hawaii Pacific University. 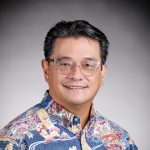 He is the first individual to hold the title of executive vice president at First Hawaiian Bank in the Mariana Islands.

Untalan previously was senior vice president and Guam and NMI region manager. He joined the bank in 2004 and has more than 34 years of banking and finance experience. He is a former administrator of the Guam Economic Development Authority.

Among his qualifications, Untalan holds a 1984 bachelor’s of science, and a 1986 master’s of business administration, both from Manhattan College. 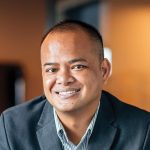 Among other recognitions, Madrazo has been named a Patriotic Employer by the Employers Support of the Guard and Reserve and twice supervisor of the year by Bank of Guam. He has volunteered for various financial literacy outreaches. 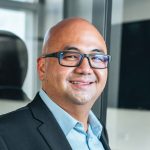 Prior to that, he spent 25 years in information technology and cybersecurity, both in Guam and in the U.S. mainland. He holds a 1996 bachelor’s of science in civil engineering from the University of Notre Dame and a 2020 master’s of science in cybersecurity management from Purdue University Global. Limtiaco is a certified information systems security professional. He serves on the Notre Dame High School Strategic Planning Committee as well as the St. Francis Church Finance Council. 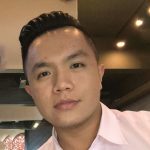 Bautista holds a 2015 bachelor’s of art from the University of Michigan in Ann Arbor, Mich. He is a 2021 candidate for a master’s in public administration at the University of Southern California’s Sol Price School of Public Policy.

MariaValentina Haberman was appointed director of community development at Northern Marianas College. She previously was marketing manager at Triple J Saipan Inc. and formerly was marketing communications manager at the Hyatt Regency Saipan.

Haberman holds a 2004 bachelor’s in education from the University of Hawaii at Monoa and a 2007 master’s in business administration from Chaminade University in Honolulu. 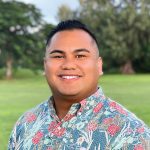 Jose P. Mafnas Jr. as legal council. He previously was assistant attorney general in the Office of the Attorney General of the Northern Mariana Islands and formerly was an associate attorney in the Law Office of Stephen J. Nutting LLC.

Mafnas holds a 2011 bachelor’s of science in criminal justice and criminology from Chaminade University in Honolulu and a 2016 juris doctorate from the University of California Davis School of Law. He also served taught as an adjunct instructor and lecturer at the Northern Marianas College in Saipan and served as coordinator and military liaison in the Office of the Governor in 2013. He is currently licensed to practice law in the NMI, Guam and California.

Mafnas volunteered for United 4 Saipan in 2015. 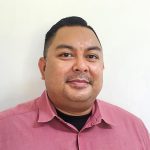 Camacho holds a bachelor’s in elementary education and teaching from Northern Marianas College, and an associate’s in criminal justice. 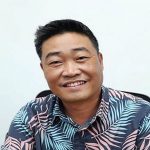 Ahn studied hotel operations management at the College of Southern Nevada and speaks Cantonese, Mandarin and Korean as well as English. 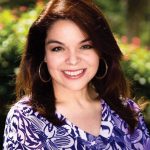 Pay-Less Markets has made the following appointments: Louise Borja as chief people officer. Borja served as a senator in the 34th and 35th Guam Legislatures, also serving as assistant minority leader and assistant minority whip during her time in the legislature from 2017 to 2021. She previously was a program director and radio host at the Sorensen Media Group in Guam. 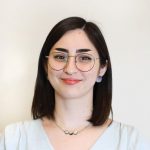 Borja’s community service includes board membership of Make-A-Wish Guam & CNMI. She is a certified fitness instructor and a longtime member of the Radiants. Borja will oversee employee training and relations, customer relations and community/public affairs.

Frances Cepeda as assistant chief people officer: She was recently a team member of the Pay-Less Online Shopping launch, has worked at Pay-Less Markets for two years and will assist Borja. 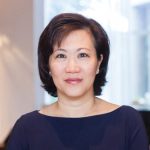 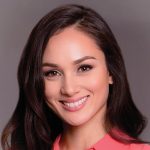