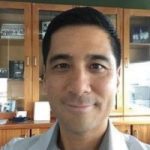 He previously was country manager with Mobil Oil Fiji from 2015 and prior to that was programs manager, and retail and commercial sales manger with Exxon-Mobil in Singapore.

Bulaon was marketing manager and then operations manager at Mobil Oil Guam from 2003 to 2012.

He holds a 1990 bachelor’s in business administration from Marquette University in Milwaukee, Wis., and is a graduate of Father Duenas Memorial School. 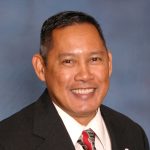 Retired U.S. Army Lieutenant Col. Renie Llaneta was appointed state chairman of the Guam-CNMI State Committee of the Employer Support of the Guard and Reserve for a three-year term from Oct. 1.

Llaneta is a 28-year veteran of the U.S. Army and Guam Army National Guard where he served in command and staff assignments in Europe, Central America, Southwest Asia and the Pacific. He has been an ESGR volunteer since 2010, serving as Employer Outreach Director / Boss Lift Coordinator. Llaneta also serves as chairman of the Alcoholic Beverage Control Board.

Llaneta is president of Management and Strategic Services Consultants, and president of Re/Max Asyenda Realty of Manila.

He previously was manager for the Western Pacific for Chugach Corp.

Llaneta holds a 1984 bachelor’s of arts from the University of Guam and a 1992 master’s of science in adult and occupational education.  He was recognized as a 2016 distinguished alumnus of UOG.

Prospector Pacific a subsidiary of Citadel Pacific Inc., which does business as IT&E appointed William Barney to its board. Barney is (part-time) chairman and managing partner of Asian Century Equity, which invests private capital in technology markets. He was former chairman and CEO of Global Cloud Xchange, which he joined in 2016. Barney served from 2012 as CEO of Pacnet, a submarine cable company.

Among his appointments, Barney was president and CEO for the Asia Pacific of MCI WorldCom (now Verizon Enterprise Solutions) from 1999 to 2002, and was president for South Asia and the Middle East for Orange (telecom corporation) Business Services from 1997 to 1999.

He holds a 1988 bachelor’s in ancient Mediterranean and near eastern studies and archaeology from Wesleyan University in Middletown, Conn., a 1993 master’s in business administration from Columbia Business School in New York, N.Y, and also studied mergers and acquisitions at the University of Virginia in Charlottesville, V.A.

He is a governor and treasurer of the Pacific Telecommunications Council, which he has served on since 2006, and chairman of the Tai Tam Baseball Club in Hong Kong.

He was previously innovation and trade brewmaster at the Pasteur Street Brewing Co. in Ho Chi Minh City in Vietname from May 2019 to August, when he moved to Guam. Prior to that Brunson was lead brewer/head of quality control at the Carakale Brewing Co. in Amman in Jordan from November 2016, and head brewer at the Kohola Brewery in Maui, Hawaii. He began his brewing career in 2015 in Lexington, Ky.

Brunson holds a 2014 certificate from the Sieble Institute of Brewing Technology in Chicago, Ill.

The Guam Brewery is a member of Guam Unique Merchandize & Arts or GUMA and holds the Made in Guam designation. 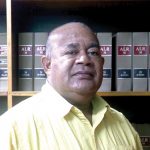 Eliesa Tuiloma has been appointed assistant attorney general for the State of Yap and was admitted to the State Bar of Yap on Sept. 25.

Tuiloma’s prior appointment was as legislative counsel to the Chuuk State Legislature from 2016. He previously held the positions of virtual technology consultant, charge d’affaires and acting Ambassador of Fiji to United Nations organizations in Geneva, Switzerland.

Tuiloma holds a bachelor’s in dental surgery from the Fiji School of Medicine in Suva – with practicums at the Hebrew University, Jerusalem, and the Technion Institute in Haifa. He holds a juris doctorate and 1997 post graduate diploma in law from the University of the South Pacific in Suva, and a master’s in intellectual property law and a diploma in copyright management from Queen Mary University of London in England. 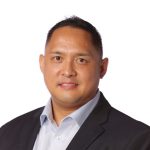 The National Association of Realtors selected Ryan De Guzman, CEO and broker at Century 21 Commonwealth Realty; as a participant in its 2021 Leadership Academy class of 25 realtors from throughout the U.S. The course will begin in January.

De Guzman served as 2015 president of the Guam Association of Realtors and was named the 2008 GAR Realtor of the Year. He has also served as a NAR council member. 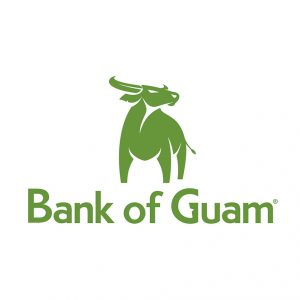 Bank of Guam’s LIFE Teen Expo project has been awarded $3,000 as a runner up for the 2020 Strong Communities Award, sponsored by the Federal Home Loan Bank of Des Moines, Iowa. The annual award honors local projects, people and programs that benefit small businesses and support retention in their communities. Finalists are from Guam, the West Coast and the Midwest.

The award will be donated to local non-profits.

Bank of Guam was one of four rural category finalists.

Award winners were determined by a public vote. Winners were awarded $15,000 and runners up will receive $3,000 each.