Korean tourist market in the NMI and Guam on the rise 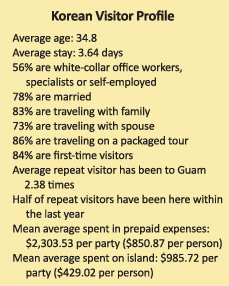 With the Japanese market on a gradual decline in recent years, Guam and the NMI have been steadily expanding their efforts into secondary markets. Korea is the top secondary market for both destinations, and marketing efforts to draw Korean visitors have grown by leaps and bounds over the past several years. 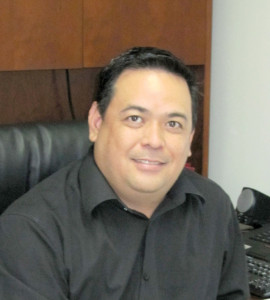 According to Karl A. Pangelinan, outgoing general manager of the Guam Visitors Bureau, Japan has suffered a significant downturn in its role as Guam’s number one visitor market segment. “We’ve seen double-digit declines pretty steadily month over month since last year, and last year was a down year for us as well. We’ve been heavily reliant on the Japan market for a number of years, and Korea has been a decent second over the years, but it’s now becoming a very strong second.”
Pangelinan’s assertions are backed by significant numbers, which show that Guam’s Korean visitor numbers in fiscal 2014 have more than doubled since fiscal 2011, going from 144,844 to 293,437. Considering that the bureau’s stretch goal was intended to be 350,000 by 2020, the numbers are far ahead of the curve.

“That’s due in large part to airlift,” he says. “We’ve been working closely with the airlines that service Korea, and I think that by the end of December, we should have approximately half a million seats coming out of Korea. Now that we’ve done that, the onus is now on us to create additional demand for Guam to meet the supply. We need to meet that to keep the airlines healthy.” 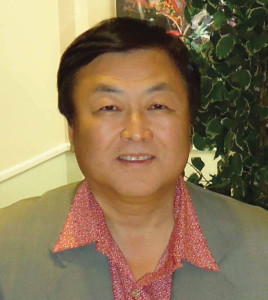 “Just like any market, the first thing we wanted to do with the Korea market is develop the availability of flights,” says N. Oscar Miyashita, chairman of GVB’s Korea Marketing Committee. “It’s a combination of supply and demand, of course, but it’s also a collaborative effort on behalf of our general sales agent [Henry S. Lee] in Korea, who’s been very effective and successful in dealing with different airlines to bring to Guam.”

Miyashita agrees that Korea is an important secondary market, saying it has significant potential in terms of outbound travelers.

GVB has been working closely with the A.B. Won Pat International Airport Authority, Guam, to encourage expansion of various gateway cities in Guam’s core markets, with a heavy emphasis on Korea. The past year has seen major airlines like Korean Airlines and United Airlines opening up new routes to Busan and Seoul. However, even smaller low-cost carriers like Jeju Air and Jin Air have been taking steps to increase the availability of seats on Korea-Guam flights.

According to Cindy Lee, assistant manager for the Guam Jin Air office, the carrier upgraded its fleet of 12 smaller Boeing 737 aircraft with the addition of a Boeing 777 on Dec. 12. The new aircraft — more than double the 737’s seat capacity — was dedicated to running daily flights along the Guam-Incheon route in response to the growth in the market, and additional overnight flights were also added on Nov. 18.

Representatives from the Guam office of Mode Tour — one of the most active Korea-based tour agencies dealing with Guam — are also acknowledging that the increase in flights and seats is contributing significantly to the growth of the Korean visitors market. In addition to providing greater opportunities for Korean visitors to visit the island, the increase in supply is making flights from Korea to Guam much more affordable, thus steadily growing the demand.

However, while growing the number of seats is a solid primary goal, the company voiced concerns that more attention should be paid to auxiliary details, such as the number of rooms available on island.

“The airlines have increased the flights and the number of overall seats, but not the accommodations,” says Thomas Hur, assistant manager for the Mode Tour Guam office. He adds that airport congestion has also been one of the primary complaints by Korean visitors, with outbound visitors saying they “had to wait a long time, sometimes hours, to be cleared through immigration and customs.”

GVB has been aggressively marketing the island in Korea by attending travel trade shows, including several sponsored by Mode Tour, networking with travel agents, partnering with different airlines, promoting their various marketing campaigns and helping with travel agent and media familiarization tours. The bureau recently returned from the Mode Tour International Travel Show, where it was awarded the “Best Vendor Award” for Guam, but Hur admitted that GVB’s Korean office will have its work cut out in the days ahead with heavy competition from destinations in Southeast Asia beginning to offer cheaper fares.

Pangelinan and Miyashita say that the market’s “sweet spot” for the near future will be the family leisure traveler, with an emphasis on young professionals just getting started in their careers and acquiring disposable income.

“I think Guam is becoming an attractive destination for that particular traveler,” says Pangelinan, “but Japanese and Korean travel is still very much a packaged business, arranged through travel agents. However, we’re also starting to see what we call the [Free Independent Traveler], who will go out, arrange and purchase on their own without going through agents.”

Hur also agrees with the assessment, saying that Guam was marketed in Korea as a “fantasy island” for honeymooners in the 1990s because of traveling restrictions imposed by the Korean government. Since the restrictions have been lifted, the destination has now come to be marketed heavily as a more family-oriented location, with an emphasis on the island’s shopping and water parks.

In moving forward, Miyashita says that the bureau will be diversifying its efforts by pushing for more sports tourism in the future, as well as event-driven tourism such as the Shop Guam event and other promotional events involving Korean celebrities and musical groups. He also wants to encourage growth of the MICE or meetings, incentives, conference, and exhibitions market, in accordance with the Tourism 2020 plan, and educational outreach tourism between universities. More than anything, however, the bureau is hoping to attract more Korean investors and businesses in the same vein as Lotte, as the company’s involvement in the island’s shopping and hospitality industries have generated a great deal of name brand cachet with incoming Korean visitors.

“We want these Korean investors to see how healthy the market is and what the opportunities are, not just for the tourism industry but for the Guam market as a whole,” Pangelinan says. “We’re hoping to see a lot more activity on the investment front moving forward.”

“One thing I really want to emphasize is that, while we do market aggressively and we want these people to come to Guam, we want our visitors to have a positive experience,” Miyashita says, “so destination management and safety are paramount.” 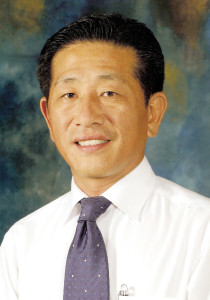 Hong Soon Im, president of Tagada Amusement Park, Miki Taxi Service, and Miki Advertising, agrees that safety is a major source of concern for visitors with families. A former GVB Korean Marketing Committee chairman, former president of the Korean Tour Association of Guam, and member of the Governor’s economic advisory council, Im has over 30 years of experience with the local hospitality industry.

“The majority of Korean visitors are here with their families,” he says. “They like the island because it’s an American territory and they feel safe here, but they feel more could be done. They’ve said that the streets need to be better lit in certain parts of Tumon, and that the sidewalks need to be widened in areas like Pleasure Island because of how dangerous the traffic is.”

In keeping with the goals in the Tourism 2020 plan, GVB is hoping to add more hotel rooms as investor interest grows and create more destinations for visitors to experience, and Im agrees.

“We definitely need to add more hotel rooms, especially if we’re planning to maintain the increased flow of tourists,” he says. “Not only are we short on hotels, but a lot of the existing structures are very old. We also need to create an incentive for Korean tourists to visit. In my experience, there aren’t enough family attractions or events for tourists to visit after 7 p.m. besides the SandCastle show. We’re telling these tourists to come to Guam, but we’re not presenting them with enough value-oriented options. We’re depending on our natural resources, but that can only go so far.”

Like Guam, the Korean market continues to be the Northern Mariana Islands second largest visitor market, accounting for 29.5% of all incoming visitors. By contrast, however, the commonwealth has had slightly less luck with the Korean market as of late, with several airline complications that stalled and temporarily reversed the market’s growth for a brief period. However, the Marianas Visitors Authority holds out hope that the situation will improve similarly to Guam’s and that the number of flights — and subsequently visitors — from Korea to the NMI will increase with the launch of Jeju Air’s new direct service to Saipan in October. According to Perry John P. Tenorio, managing director of MVA, the NMI experienced a 3% year-on-year decline in visitors from Korea for fiscal 2014, with 131,123 visitors.

“The drop in arrivals can be attributed to several factors,” Tenorio says, “Including the Sewol ferry accident in April, suspension of Asiana Airlines’ Busan-Saipan service and the additional absence of Asiana’s additional Incheon/Saipan charter flights during the summer peak season.”

With the launch of Jeju Air’s new
direct service expected to shift the market back into the black, however, Tenorio adds that the MVA has been developing new promotions targeting visitors in the MICE, golf, social commerce and honeymoon segments and has been working in partnership with all major wholesale agents, airlines and travel trade partners to get the market back off the ground.

Fortunately for the commonwealth, the Korean market now seems to be back in full swing, but like Guam, could soon run into issues with hotel occupancy.
“As we’re now receiving more air seats to the NMI from Korea, competition for rooms is increasing,” Tenorio says, “So having more available rooms is absolutely necessary. Other than resorts, we’ll need more rooms in other accommodation categories. Also, the NMI would be able to attract more Korean visitors with new developments of tourist attractions and improvement of the existing tourist infrastructure.”

Based on a 2014 Gallup survey of Korean visitors to the NMI, the top three activities enjoyed by Korean travelers during their most recent trip were rest and relaxation; marine sports activities; and seeing natural scenery. Older visitors preferred seeing more natural scenery and gourmet tours. In terms of attractions that visitors enjoyed most, the most frequently mentioned involved greater interaction with the local community and culture, as well as the environment. The key demographic, like Guam, is generally families visiting the commonwealth for leisure travel, and the MVA expects to continue marketing the NMI as a family-friendly destination in the years to come. Overall, Korean visitors to the NMI placed a very high value on the beaches and natural sites, as well as their relative levels of safety.

As part of the drive to improve NMI Korean tourism during the recent downturn, the MVA and Asiana Airlines held a FAM, or familiarization tour of Saipan and Tinian from Nov. 12 to Nov. 16, with the team leaders of major travel agencies in Korea. The agencies involved included Hana Tour, Mode Tour, KRT, Interpark, Bomul Tour, Lotte Tour and Lotte JTB, and the group held several brainstorming sessions and discussions over what could best be done to improve various locations for Korean visitors. 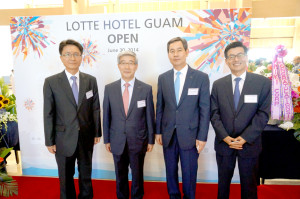 The Lotte Hotel Guam opened on June 30. The Lotte group of companies is a well-recognized name in Korea, where the corporation is headquartered. (From left) Jaehong Park, general manager, Lotte Hotel Guam; Yong-Dok Song, president and CEO; Kyoungho Maeng, doctor of engineering and senior vice president of the facility maintenance division; and Jason S. Cho, vice president of the marketing and sales division, all with Hotel Lotte Co. Ltd. 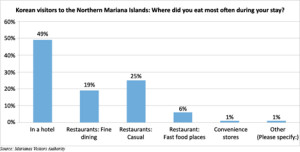