Legalese is not so easy 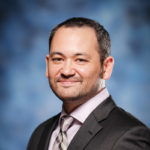 As an escrow and title company, we are often there for exciting moments of people’s lives — buying new properties, selling properties, new beginnings and the end of long journeys. Unfortunately, however, we are also often the bearer of bad news, the origin of which is typically when a party to a transaction takes a shortcut to save money and uses a document that is copied from another transaction or taken from the internet or a legal template site instead of retaining an attorney. The main culprits are leases, deeds and power of attorney. Using a poorly or improperly prepared document can create title issues that can cost you thousands if not hundreds of thousands of dollars to remedy, making the paltry sum you saved by not initially retaining an attorney seem insignificant.

I recently came across a property owner trying to sell their interest in a piece of land that they had secured a long-term lease on and had been renting for several years. Upon review of their lease, we discovered that the property description was wrong and, consequently, the lease that was signed did not properly convey the leasehold interest that he had been paying for and intended to sell. Moreover, the owner had made several improvements to the property that were now at risk due to his title issue. The most important thing when acquiring an interest in real property is to properly describe the property you are acquiring an interest in, which is why attorneys generally order a title report before preparing real estate contracts and documents. Additionally, a title report will ascertain ownership and ensure that the person or entity you are dealing with does, in fact, have the authority to convey an interest in the property to you. In the case described here, the lessor had no interest in the property, herself being a victim of an improperly prepared document.

Improperly prepared deeds can also be problematic. There are several essential elements to a deed that, if missing, or improperly described can void the document or render it ineffective. When researching a property some time ago, our researchers stumbled across a deed for a simple property that had unusual language incorporated into it. Specifically, the conveyance portion of the deed stipulated that the interest conveyed was leasehold. Although it was the grantor’s intention to pass on their fee simple interest, the method of doing so was rendered ineffective because the deed was obviously prepared from a template and the person modifying said template missed making a key change. As a result, the owner had to track the former owner down and have them sign an amended deed. In this case, the former owner was cooperative, but there are those who would take advantage of the situation, forcing the aggrieved party to litigate the matter or seek quiet title through court action.

My least favorite document, relative to the problems that it causes is the power of attorney. By far the most frequently botched document by “do-it-yourselfers,” a power of attorney is limited by the authorizing powers contained in the language. Considering the variety of different types of power of attorneys — general, specific/limited, durable, non-durable, medical, springing, military, etc. — it’s easy to see why problems arise when the inexperienced endeavor to draft one. Furthermore, POA’s do not survive the death of the authorizing party and may not survive incapacity or incompetence. Moreover, POA’s typically have an expiration date or will require recertification if a considerable amount of time has passed since its making. Durable power of attorneys can survive incapacity and incompetence, but without clear-cut language authorizing the attorney-in-fact to act in specific capacities, the document is essentially rendered powerless. Similarly, if you plan on using a POA to act on someone’s behalf to obtain financing for a real estate purchase, your power of attorney must have explicit language enabling you to do so. A conveyance executed by an attorney-in-fact who’s authorizing POA does not have the necessary language may be invalidated, creating serious title and financial issues down the road.

All of the of the issues described herein were caused by one of the parties attempting to either save money or expedite the process by eschewing an attorney and drafting the documents themselves. Although there are a litany of templated documents and resources for your reference which, if properly used, are effective; knowledge of the necessary language, the intended result, and the particular situation (including prevailing law) are key to applying the document effectively. Consequently, it is always advisable to seek the advice or services of an attorney when preparing important legal documents, especially for real estate. If not, consider the $250-$500 you save initially by foregoing counsel, a deferred installment on the thousands of dollars you may pay down the road to remedy an issue.