Marina I. Guerrero, director of human resources at Dusit Thani Guam Resort, has been with the hotel since before it began.

“I was employee number three,” she says.

Guerrero said she was drawn to Dusit Thani because she wanted to be a part of something big, pointing out that the first job fair attracted about 3,000 people.

“When Dusit Thani came to Guam, everybody wanted to be a part of it,” she says. “They still do, I think.”

Guerrero was born and raised in Germany and spent some time growing up in California before moving to Guam in 1984. She spent 26 years at the Hilton Guam Resort & Spa before joining Dusit Thani.

“We had very specific characteristics for the team we wanted to build,” she says. Dusit Thani created a team in which 55% of employees are female, to include the executive level where four out of 10 people are women. The hotel staff is also culturally diverse, with employees whose nationalities include Chamorro, Filipino, Chinese, Korean, Australian and Austrian.

“Diversity is very healthy for an organization,” Guerrero says.

The emphasis on diversity is an example of Guerrero’s interest in people, which she says is key to working in human resources.

“You have to be passionate about serving people and meeting their needs,” she says. “To me, the people at the top aren’t the most important people at the hotel. It’s the stewards that wash the dishes, the housekeepers that clean the rooms so our guests can enjoy their stay. Those are the ones we really have to focus on.”

Guerrero says Dusit Thani’s commitment to its employees can be seen in the amount of time and money the company spends on developing them. Last year, Dusit Thani put its employees through a total of 54,000 hours of training, which averages to about 100 hours of training per employee. The company currently has six people earmarked for its D-Star program, which develops employees to take on new positions of responsibility and gives them the opportunity to take those skills to Dusit Thani hotels throughout the world if they so choose.

Guerrero says developing employees is one of the most rewarding aspects of her job.

“I can tell you about [previous employees] who are now sitting in vice president and president slots somewhere,” she says. “I love seeing people grow.”

Another means of helping others that Guerrero is passionate about is the Dusit Smiles program, which raises funds to help pay for surgeries for children with cleft lip and cleft palates.

“What was alarming for us was that the two doctors we partner with, Dr. Darius Richardson and Dr. John Fegurgur, did 12 surgeries for children on Guam last year alone,” Guerrero says.

“It’s such a niche issue. Everyone’s raising money for diabetes and cancer, but when we heard how many of these surgeries get done just on Guam, we were shocked.”

Dusit Thani Guam created its own non-profit called Dusit Smiles Inc. Guam to keep funds raised by Dusit Thani on-island. For most hotels, funds raised as part of Dusit Thani’s global program, Operation Smile, get sent to corporate headquarters in Thailand which then disburses the funds.

“We raised $47,000 last year, and it goes a long way for these kids,” Guerrero says. “Our goal this year is much higher and it’s going to get higher every year.”

When she’s not at work helping others, Guerrero takes time for herself by reading and baking.

“I love to bake but I’m allergic to flour, so I do it just to give it away,” she says. “I bake every weekend for my neighbors, my family and for my coworkers. I love to bake. It’s my yoga.”

Guerrero says balance between work and personal life is important not just for her, but for all employees and that recognizing this is important to being a good human resources manager.

“There’s something I tell every new employee on their first day, and that’s if you don’t wake up every morning joyful to come to work, please don’t come,” she says. “It’s gotten me in trouble, but I’m sincere about that. Because we deal with human beings all the time, and if you’re having a hard time … it’s going to rub off on your colleagues and you may not provide the best service. You have to have balance. You have work time and family time and we encourage that.” 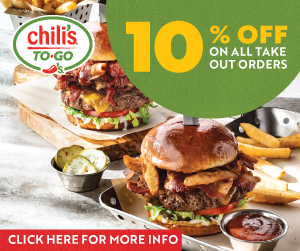